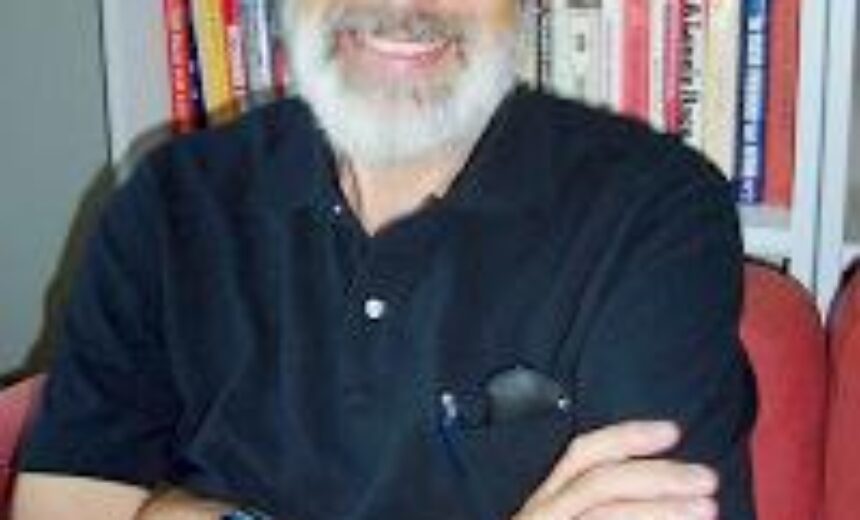 AdjunctNation will have been advocating on behalf of the nation’s non-tenured faculty for 21 years this September. I am pleased and proud of the work we’ve done, the award-winning reporting we’ve published and of the recent nominations for higher education reporting awards for which I and our site were nominated in 2013. Over the past two decades, hundreds of thousands of adjuncts have read our reporting, and many have expressed absolute delight after finding us online. Dolores Cross-Douglas, a reader since the early 90s, calls every now and again to chat. She doesn’t teach anymore, but still wants to stay connected to the profession and to me; we met at a conference AdjunctNation put on in Washington, DC years ago. There was a time, in the beginning, when I knew the names of all of our subscribers, including Dolores. I love Twitter and Facebook, because it lets me connect directly with our readers.

That’s one side of the coin. There’s another side, as well.

I am of the thoroughly radical opinion that people with graduate degrees have more career options than people with high schools diplomas. I believe that people who work at Wal-Mart have fewer opportunities to move up or laterally on the employment food chain than people with graduate degrees. Ten percent of Americans have Master’s degrees and just half a percent of Americans earn Ph.Ds. In a 2006 profile of me in The Chronicle of Higher Education, I said:

“The people who work in Wal-Mart — the majority of them don’t have graduate degrees,” Ms. Lesko says. Working-class people are unlikely to feel sympathy for a group traditionally seen as elite, and for good reason, she argues. Overworked shelf-stockers, after all, have less freedom to choose an alternative career than do overworked Spanish-literature instructors. In fact, Ms. Lesko gets pretty fed up herself when she hears adjuncts cry exploitation: “I can’t really look at someone with a Ph.D. and say, You really boxed yourself in there.”

In an article with the Michigan Messenger concerning the American Federation of Teachers’ efforts to organize non-tenured faculty in Michigan I said: “If you have a graduate degree and can’t get a job in higher education, you need to look at different industries. Only 8 percent of the population have master’s degrees. It is hard for me to look at someone with a graduate degree in the job market and say you are at a disadvantage. You are not,” she said. “It is a fallacy, a fantasy and an insult to the people who work at Wal-Mart stocking shelves with only a high school diploma. Those people don’t have options.”

AFT officials were miffed enough to write about it on their FACE blog in a piece titled, “With Advocates Like This.”

Chicago adjunct activist Joe Berry (left) sharply criticized my comments in The Chronicle piece. Berry, according to his bio currently teaches as a non-tenure track instructor at the University of Illinois. He also teaches history part-time at Roosevelt University, and is on the Executive Committee of his union there, the Roosevelt Adjunct Faculty Association, (RAFO) IEA/NEA. Berry is the Chair of the Chicago Coalition of Contingent Academic Labor, a regional advocacy coalition. He is on the Coordinating Committee of the North American Alliance For Fair Employment, a group of organizations concerned with contingent and precarious employment. He is the Chair of the Coalition of Contingent Academic Labor (COCAL), Chicago Chapter.

He is a committed adjunct activist, and has worked tirelessly on behalf of the nation’s non-tenured faculty through membership and leadership in many adjunct-centered organizations. Berry is also the author of Reclaiming the Ivory Tower, Organizing Adjuncts to Change Higher Education, published in 2005. We reviewed his book in July of 2006. Reviewer Silvia Foti writes:

For those who are skeptical of any one book’s ability to help adjuncts organize to improve their working conditions in higher education, Reclaiming the Ivory Tower may provide hope. While author Joe Berry doesn’t promise an easy path, he provides a reliable map and points out obstacles that adjuncts might meet when confronting administration. All adjuncts should read Reclaiming the Ivory Tower, not just so they can link with the cause (if they are lucky enough to be working at a college that already has a union for adjuncts), but also so they can be mentally ready to join such a movement, should one be formed nearby.

Not too long ago, Joe Berry contacted the Part-Time Press and asked that we sell his book. While AdjunctNation, for many years, sold books such as Berry’s, as a courtesy and a service to our readers, we stopped doing so. Anyone, I reasoned, can go to Amazon.com and search “adjunct faculty.” In addition, the Part-Time Press only sells books written by Part-Time Press authors. I sent Berry an email wishing him luck and explaining that Part-Time Press appreciated his offer, but would not be able to help distribute Reclaiming the Ivory Tower.

Yesterday, Peter Schmidt, a reporter from The Chronicle of Higher Education, sent me a short email that said: “Please see the 7th item here. Any response?” The seventh item on the email Joe Berry had sent to those who’d signed up for regular COCAL updates was this:

7. In case you have not seen lately how the bottom feeders are trying to make money marketing to us contingent faculty http://www.part-timepress.com/shop

Stunned and dismayed I responded to Peter Schmidt and Joe Berry:

I suppose that makes Pearson, Bedford St. Martin’s and a host of other publishers who sell professional development books for faculty, including adjunct faculty, “bottom feeders,” as well. Joe Berry recently contacted Part-Time Press and asked us to sell his book, Reclaiming the Ivory Tower. We declined. His comment may have been made in a fit of pique, which is unfortunate. His comments sent out on behalf of professionals working under the auspices of COCAL undermine their generally collegial and professional efforts on behalf of the nation’s non-tenured faculty. Part-Time Press, owned by AdjunctNation, sells professional development books to half of America’s colleges and universities. Those institutions purchase those books to use in their professional development, orientation and mentoring programs. I simply can’t understand why Mr. Berry might think professional development for non-tenured faculty is a problem. Mr. Berry’s patently absurd comment, on the heels of asking our company to sell his own book, is hypocritical and self-serving.

Thanks for asking, and Joe, shame on you.

I can understand when there is a disagreement of principle or opinion. To be sure, unionists get hot under the collar when I lambast the education unions for neglecting to push for equal pay for equal work for the nation’s non-tenured faculty whom they represent. Unionists get upset when I pick through their contracts for proof that education unions have worked to protect tenured members at the expense of non-tenured members. I know that using the Freedom of Information Act to uncover that the President of the AFT Washington, Sandra Schroeder, (who is also an AFT national Vice President) sought to intimidate, isolate and persecute an adjunct activist named Keith Hoeller, a member of AFT-Washington and the NEA, infuriated AFT leaders. That investigation, however, was nominated for two national education reporting awards.

When he sent his email asking that his book be added to our catalog Joe Berry was unaware that AdjunctNation owned the Part-Time Press. Regardless, sending an email to folks throughout the United States in which he calls our company a “bottom feeder” is irresponsible. He sent his email to the higher education media, as well as adjunct activists across the United States and Canada. Reporter Peter Schmidt was curious enough to ask for a response. In response to my email to Peter Schmidt, Berry sent this:

Patricia,
I really had no idea who this was and was not at all responding to your response (which I never got, by the way) declining to sell my book. I have nothing against professional development, but the fact that institutions purchase books from a publisher does not say much by itself. It seems to me that the professional development that adjuncts most need is progress toward equity and toward an end to the casualization of our profession. I had once thought, when I wrote (unpaid as a volunteer) for your magazine Adjunct Advocate years ago, that you shared these goals. I am also sorry that you chose to make your comments to the press rather than to me first with a chance for me to respond to you.

“I’m sorry” would have been a much better answer. That Joe had “no idea” who the Part-Time Press was makes matters even worse. It means he didn’t do his homework, but rather slammed the company as a “bottom feeder” in his list of updates without picking up the phone. He is absolutely right that “the fact that institutions purchase books from a publisher does not say much by itself….” However, I could have sent him to deans and department chairs who  have not only fought for money to buy our books, but who have fought for the money to create robust development programs for their non-tenured faculty in which the books are used as just one of many resources.

When non-tenured faculty are perceived as equals by their colleagues, and as valuable employees by their employers, individuals in whom the employer is willing to invest time and money, adjuncts stop being perceived as disposable, cheap labor who can be demeaned and exploited. Non-tenured faculty need to demand training, development, mentoring and orientation, with or without books published by the Part-Time Press. In the meantime, check out Reclaiming the Ivory Tower; it’s just as worthwhile a resource in 2013 as we said it was in 2007. You can purchase it through Amazon.com.