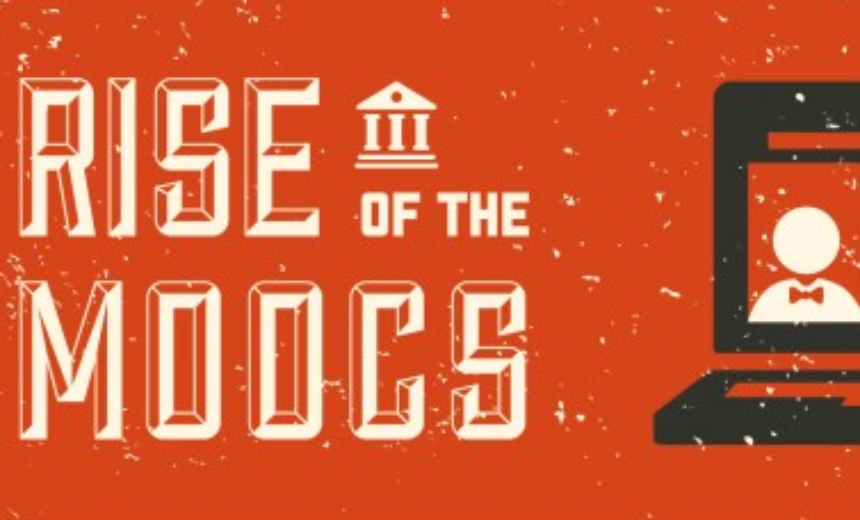 by Peter Scott
I have tried, really hard, not to write about MOOCs. But I can’t keep it up forever, and what better time than the silly season to write about this phenomenon, which may transform higher education, or just turn out to be another damp squib. MOOCs, for anyone who has switched off from the chattering of the policy/management class, are massive open online courses. The idea is that courses are uploaded to the “cloud” where they are available to everyone. The Massachusetts Institute of Technology is credited with being first, and now some big global media companies have piled in. The catch, of course, is that credentials – which is higher education’s core business – will remain as tightly rationed as ever.
So MOOCs, if they ever take off, are likely to be used in two ways. The first is to fob off the “masses.” Government cuts, high fees, league-table snobbism – all point to a reinforcement of elite forms of higher education. Attempts to deliver HE-lite through further education colleges and private providers are never going to get very far. So MOOCs provide the perfect cover story – “higher education for the masses” when real-world opportunities to go to university are being cut. Separating teaching from accreditation is an idea that appeals to some politicians.
The second way is to reduce teachers by using online material as a substitute for face-to-face teaching. For decades policymakers and university managers have been looking for ways to increase “productivity,” which have been stubbornly resisted by students who already feel they are being short-changed. Now this new economy of learning can be sold as providing instant access to global “stars” who are far better than our own run-of-the-mill lecturers.
Whether MOOCs actually fly will depend on whether students buy this line and whether a workable business model can be developed. After all, someone has to make money out of MOOCs.
High fees make the task of persuading (conning?) students more difficult, of course. And every decade since the 1970s we have been promised a Brave New World IT-powered revolution in higher education (remember the e-university?). So don’t hold your breath. MOOCs are actually only part of the story. Why has university teaching remained so stubbornly traditional, and why have learning technologies been used to enrich this traditional diet rather than as a game-changer? The answer seems to be that at the heart of the best teaching is an irreducible uncertainty. Like Socrates, all we really know is that we do not know. Or, following Karl Popper, the most we can hope for is provisional knowledge that has not yet been falsified. As a result, the best teaching has to be communal and reflexive, to allow for permanent dialogue.
Glitzy online lectures, or fancy learning technologies, are difficult to reconcile with this fundamental scepticism. But it is also significant that Socratic dialogue, and Popperian science, have been equally resistant to relativism, the idea that everyone (and anyone) knows best. No one seriously imagines there are no hierarchies of knowledge. However tainted with power, some things are just truer than others. Nor can it be denied that expertise, rooted in codified and accumulating knowledge, is at the heart of professional education, perhaps the main task of the 21st-century university.
So the debate about the potential of MOOCs has to be put into a wider context, a more fundamental debate about the nature of the university curriculum and teaching in a mass system. How can the Socratic tutorial coexist with the delivery of expert skills? How can we keep the curriculum open in increasingly industrialised “learning environments” and “managed” institutions?
There is another equally fundamental debate about “openness” more generally – the links between open-access courses and open access (good old “widening participation”) and between open-source research publication and democratic science, and also between both and the need to build an open society.
Difficult stuff – but far better than narrowing the debate about MOOCs to a neo-liberal fix. That way makes it almost inevitable not only that Moocs will be just the latest edu-tainment “bubble” but that, despite their claims to be “open,” they will actually contribute to closure – of minds, hopes and opportunities.