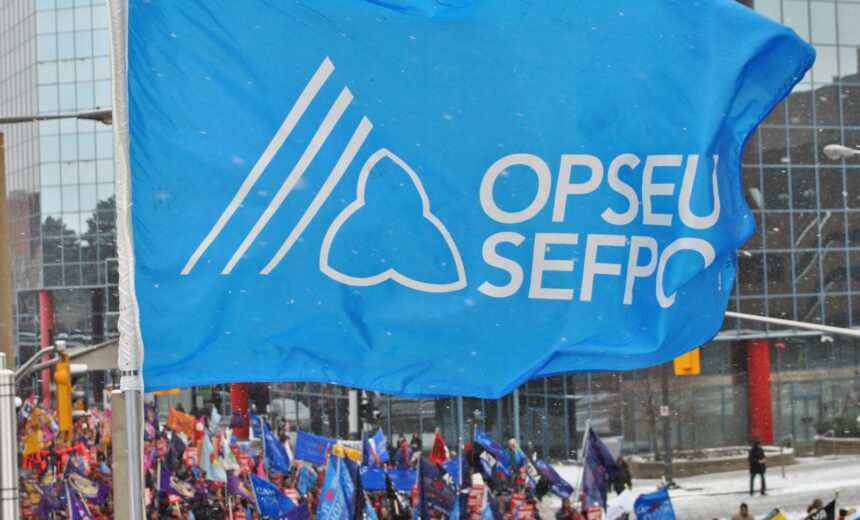 The Ontario Public Service Employees Union has kicked off a campaign to change the law that bars part-time college staff from unionizing. “Ontario is the only province in Canada where it is against the law for part-time college employees to join a union,” said OPSEU president Leah Casselman. “It’s shocking that such a basic right is not recognized in our colleges.” Casselman said Premier Dalton McGuinty will face protests in as many as 60 communities in the 2007 provincial election campaign unless the current law is scrapped. “I’m talking about Mr. McGuinty’s big issue—post-secondary education, he wants it to be […]
This article is only available to subscribers. If you're a subscriber, log in. To subscribe, choose the subscription that suits your needs: 1 Year Individual Subscription, 1 Year Library Subscription, 1 Year Academic Department Subscription, 1 Year College Teaching & Learning Center Subscription or 1 Year College Faculty Association/Faculty Union Subscription
Canada, CAUT, higher education, Ontario, OPSEU, sessional faculty