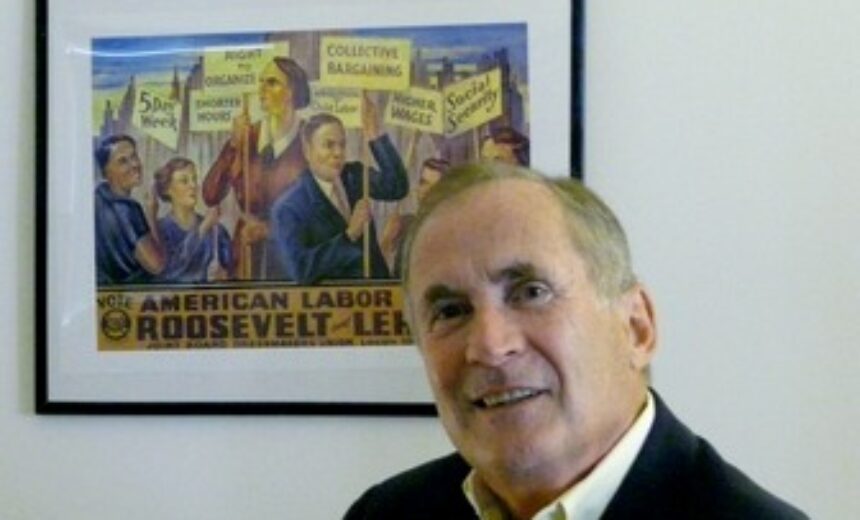 by Chris Cumo The American Federation of Teachers, part of the AFL-CIO, issued its first report on part-time faculty in 1979 and has since been active in recruiting adjuncts and in advocating better pay and benefits for them. Among its more than 100,000 college and university faculty members, the AFT includes more than 35,000 adjuncts, making it the nation’s largest union representative of part-time faculty. The AFT’s Executive Council, in May, 2001, formed the Task Force on Part-Time and Contingent Workers. The Adjunct Advocate recently caught up with one of its co-chairs, William Scheuerman, vice president of the Executive Council, president of United University Professions, an AFT affiliate with 25,000 part- […]
This article is only available to subscribers. If you're a subscriber, log in. To subscribe, choose the subscription that suits your needs: 1 Year Individual Subscription, 1 Year Library Subscription, 1 Year Academic Department Subscription, 1 Year College Teaching & Learning Center Subscription or 1 Year College Faculty Association/Faculty Union Subscription
Adjunct Advocate, adjunct faculty, American Federation of Teachers, Chris Cumo, collective-bargaining, New York State United Teachers, NYSUT, Task Force on Part-Time and Contingent Workers, unions, United University Professions, UUP