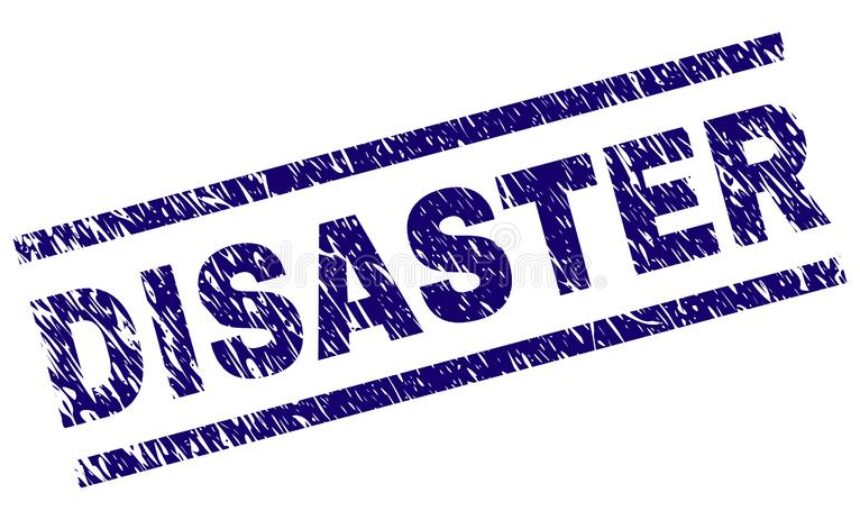 Several years ago, when I learned that Olympic College in Bremerton, Washington, was about to develop a strategic plan and vision for its future, I was hopeful that the endeavor would shine a light on the bifurcated two-tier faculty workforce and the substandard working conditions of adjuncts, which, I hoped, might lead to improvement and possibly a solution.  But that 2013-2015 effort regarded the working conditions of adjuncts as being pretty much acceptable as they were, which, as an adjunct with two decades of experience, came as a disappointment to me.

I have much the same reaction to the “College for All Act of 2021,” sponsored by Sen. Bernie Sanders (I-VT) and Rep. Pramila Jayapal (D-WA).  The Act calls for free education for working families through the elimination of tuition and fees, expanding Pell grants to cover student living expenses, among other programs.  But the Act, like the Olympic College strategic plan, regards the situation of our country’s non-tenure-track faculty as being pretty much OK as is.

While promoted as offering “a clear path into economic security and the American middle class,” the College for All Act does not extend that goal to our country’s 1.5 million professors who are “contingent” faculty teaching off the tenure track; in fact, the Act seems to be leveraged on the backs of these non-tenured instructors, who are commonly compensated at a significantly discounted rate of pay, such as 60 percent of the lowest ranking tenured instructor; are often barred from working full-time; and, unlike tenured instructors, are often denied incremental pay step increases for their length of service and/or professional development. As a result, many earn poverty-level wages—some consider themselves employed by academic sweatshops.  In my case, for teaching 28+ years at roughly half-time at Olympic College, my annual earnings were about $20,000 in a county where the median income is $82,000.

It seems contradictory, even hypocritical, when lawmakers generously propose initiatives aimed at enabling citizens to achieve the American dream while denying that generosity to the very educators whose efforts enable those dreams to be realized.

Roughly half of the Act’s 67 pages are devoted to “Sec. 901.  Grant Program to Eliminate Tuition and Required Fees at Public Institutions of Higher Education and Tribal Colleges and Universities.” This sets forth criteria for students and institutions that would be recipients of the proposed “$3,000,000,000 for fiscal year 2022, and such sums as may be necessary for each of fiscal years 2023 through 2031’’ (p. 66).

For institutions, the Act stipulates that within five years, “not less than 75 percent of instruction … is [to be] provided by tenure-track or tenured faculty” (p. 26), reflective of the underlying belief that replacing non-tenured instructors with new tenure-track instructors is an improvement.

Some adjuncts, especially younger ones, may be won over by such proposals, believing that if more tenure-track positions were created, they just might win be lucky enough to win one. However, such thinking, apart from being self-centered, is naïve. Non-tenure-track faculty far outnumber the tenured. So, even if every tenured instructor were to resign, the resulting new tenure-track openings would not be enough to accommodate all non-tenured instructors. Of course, U.S. adjuncts can’t be blamed for succumbing to such appeals since, despite several decades of representation by some of our country’s largest and best financed unions (e.g., NEA and AFT), no avenues for a secure, full-time job with a family-wage income have been either bargained or legislated.

As if to placate non-tenured instructors who would inevitably lose their jobs to new tenure-track instructors, the Act sets forth that institutions are to “make it a priority to hire from the existing adjunct, contract, contingent, and non-tenure track or tenured faculty pool for tenure-track or tenured faculty positions” (p. 26). But the Act does not preclude hiring from outside, nor does it stipulate that hiring existing adjuncts shall be “the” priority. The Act says hiring existing adjuncts is simply “a” priority; in other words, the Act does not mandate filling new full-time positions from within the existing adjunct faculty pool, let alone mandate promoting current part-time instructors to full-time within their own departments.

The Act also presents guidance about expenditures “once tuition and required fees have been eliminated” (p. 29).  These “additional funds” may be used to increase “the number and percentage of full-time instructional faculty, including full-time tenure [sic] and tenure-track instructional faculty” (p. 30).  Other sanctioned use is “non-loan aid to students” (p. 30), expanded “course offerings” (p. 30), and part-time faculty compensation “for work done outside of the classroom relating to instruction, such as holding office hours” (p. 31), which concedes that adjuncts customarily perform work outside of the classroom without compensation that collective bargaining rarely acknowledges or compensates.

Promoting new tenured faculty to replace existing non-tenure track faculty has been primary response to the “adjunct crisis” by the major faculty unions for years, perhaps most prominently with the American Federation of Teachers’ FACE (Faculty and College Excellence) launched in 2006.  Not surprisingly, current AFT President Randi Weingarten has been among the first to endorse the College for All Act.

Progressive legislators, like Sen. Sanders and Rep. Jayapal, are predisposed to support labor and labor unions over management and likely believe they are doing the right thing by doing the bidding of faculty unions. Yet this goodwill is subverted if unions fail to execute their “duty of fair representation” to the overwhelming majority of the professors they represent. And in a two-tiered workplace, unions dominated by the upper tier have a motivation to circumvent equal treatment of all those they represent and their duty of fair representation when, given finite resources, more for the lower tier means less for the upper tier: naturally, the lower tier is not destined to get more very often.

Dedication to the elitist idea of creating new full-time positions, as opposed to the more egalitarian vision of equal pay and job security for all union members, reflects the tenurism bias, which holds that the tenured are superior and the non-tenured are inferior.  Tenurism was first identified by Dr. Keith Hoeller in his essay “The Academic Labor System of Faculty Apartheid” (2014):

“Such prejudice is the natural solution to cognitive dissonance, which holds that when people’s belief systems conflict with their behavior, they will sometimes modify their beliefs in order to justify their behavior.  The problem posed for tenure-track faculty is this: how can they justify why they are treated so well when so many of their non-tenure-track colleagues are treated so badly?” (Equality for Contingent Faculty: Overcoming the Two-Tier System, p. 119)

Indeed, compensating a tenured instructor at $70,000 per year but a non-tenured instructor at $20,000 per year—when both hold similar or identical degrees, teach the same students, award grades and credits of the same value, receive similar performance reviews, and have the same tuition charged for their classes—is grossly unfair. For college administrators, trustees, accreditors, faculty unions, and other post-secondary stakeholders, that injustice can be reconciled by telling themselves that the tenured are superior and therefore deserving of their superior treatment and the adjuncts are inferior and deserving of their dismal fate. Embracing tenurism can also enable policy makers to excuse themselves from feelings of guilt about sustaining academic sweatshops.

When it comes to student success, the evidence that tenured instructors are categorically more capable than non-tenured instructors is no more credible than that offered by those who claim that our country’s presidential election was stolen: both are little more than wishful thinking of their proponents.

Funding for more tenured instructors is often defended by citing the terrible adjunct working conditions: unstable employment, poverty-level pay, and limited workload that gives adjuncts little choice but to leave campus to work at another college and/or another job, precluding their participation in campus activities like mentoring students. But the rational and just solution is not to replace them but to improve those working conditions!  Just as students deserve a good paying job, current part-time professors likewise deserve equal pay, equal raises, the chance to work up to full-time, and job security that protects their academic freedom.

Nearly all U.S. faculty unions consider the two-tier system inevitable and equal treatment of college professors a mythical chimera—this is evident by the absence of union plans to work toward equality, much less examples of ever achieving it.  But some the faculty unions under the auspices of the Federation of Post-Secondary Educators (FPSE) of British Columbia (BC) offer examples of how faculty unions that honor their duty of fair representation can achieve equality for all instructors—100 percent pro-rated pay (a single pay scale encompassing all faculty); 100 percent pro-rated workload of instructional and non-instructional duties (adjuncts don’t “just teach” as is standard in the U.S.); seniority as primary determinant of workload assignment (not full- or part-time status); re-appointment by seniority after six months; and, most importantly, automatic conversion to regular status (job security) after completing probationary period.

“There are many similarities between the BC and Washington [state] institutions, including scope, size, nature of faculty and students, and types of programming.… But the the key difference between BC and Washington, at least at the policy level for community college faculty in Canada and the United States more generally, appears to be that faculty unions such as those within FPSE have found a way to normalize the conversion of contingent faculty to “regular” faculty through collective bargaining. This conversion process has ensured that most community college faculty in BC will work as teachers at a reasonable wage until retirement.” (https://www.lawcha.org/2017/11/06/building-job-security-community-college-faculty-work-experiences-british-columbia/)

I would like to believe that egalitarianism is the underlying value of the College for All Act and therefore I am hopeful that its sponsors will revise it to include the elimination of the two-track system of faculty employment.  As it stands, the Act’s ignores this gross inequality as if hoping that no one notices the hypocrisy.  It will not have the support of adjunct activists like me until a substantial portion of the annual $3,000,000,000 appropriation is earmarked to bring about full equality for non-tenure-track instructors, so that they too may “work as teachers at a reasonable wage until retirement,” which should be a goal that we have for our students and should not be denied to our college professors.

Author Bio: Jack Longmate, M.Ed., served as an adjunct English instructor at Olympic College from 1992 until 2020; he is a former officer with the NEA-affiliated union and an active member of the Washington Part-Time Faculty Association. With Frank Cosco, co-authored the “Program for Change: Real Transformation over Two Decades”  (https://vccfa.ca/program-for-change-2/), a strategic plan to convert the two-tiered U.S. higher education workplace into the “Vancouver Model” based on Vancouver Community College.