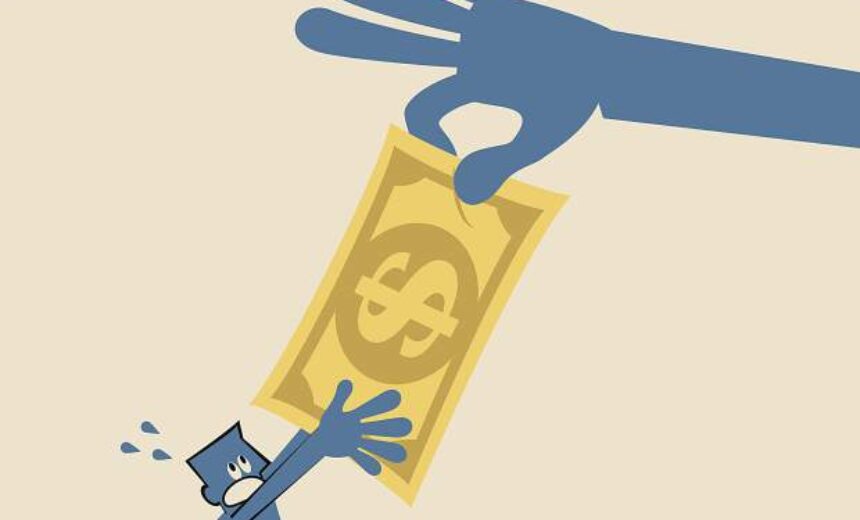 In 2016, the U.S. EEOC recognized for the first time, in conciliating a wage theft case, that wage theft can represent discrimination based on race, sex or religion. In a 2019 essay published in the Seattle Times, Toni Van Pelt, president of the National Organization for Women, wrote that wage gaps are “wage theft.” Van Pelt added, “And it’s [age theft] not only stealing money from [workers], it’s stealing their future.”

In higher education, the pay gap between full-time and part-time faculty for doing the same work can be astronomical. In its 2019 annual faculty-compensation survey, AAUP researchers revealed that the average pay of a full professor at a doctoral institution was $154,000. The average per course pay for an adjunct at the same doctoral institution was $3,894 or $23,264 for teaching a 3-3 load, under the federal poverty level for a family of four. In March 2020, the “CUPA-HR Faculty in Higher Education Report” revealed that “representation of women and minorities decreases with increasing faculty rank.” Research has shown that the majority of adjunct faculty are women and minorities.

Recently, a large group of adjuncts at Virginia Commonwealth University (VCU) has drawn national attention to the pay gap at their university. They are demanding equal pay for equal work in the form of a 172 percent pay hike.

Whether you think the folks of the Adjuncts for Fair Pay group at Virginia Commonwealth University are geniuses or crazy depends a lot on who you are. About 100 adjunct faculty members of the group are demanding a 172 percent pay increase for all of the college’s adjuncts. This would hike pay from $1,100 per credit hour to $3,000, or $9,000 per course—$54,000 for teaching a 3-3 load. That would be more than double the federal poverty level for a family of four.

The student newspaper pointed out that, “The requested pay increase would bump adjuncts with a maximum teaching load above what some full-time faculty earn.”

VCU adjuncts can teach a maximum of nine credits, or three classes, each fall and spring. Adjuncts can also teach six credits, or two classes, in the summer. If an adjunct were to teach eight classes, that faculty member would make $26,400 per year (under the federal poverty level for a family of four), with no benefits. If a full-time faculty member were to teach the same number of classes, that faculty member would be paid over $75,000, plus merit pay and benefits. This amounts to a 300 percent pay gap for teaching the same courses.

These faculty have similar academic credentials. Sixty percent of faculty off the tenure-track hold Ph.Ds, and the average adjunct has more years of teaching experience. The average tenure-line faculty member stays at her job for six years. The average adjunct stays at her teaching job 15 years. The college has the same teaching expectations for both adjunct and full-time faculty. Full-time faculty aren’t expected to grade their exams 300 percent faster, and adjuncts aren’t encouraged to answer 300 percent fewer student emails to compensate for the huge pay gap.

The only appropriate answer to the ridiculous “concern” that adjuncts might earn more per credit hour than full-time faculty is: so what? Why does a full-time faculty who teaches one more course per year, total, than an adjunct faculty member deserve 300 percent higher compensation?

The truth is that full-time faculty have robbed adjuncts across the country of hundreds of millions of dollars in compensation through sheer greed over just the past decade. As the saying goes: You don’t get what you deserve, you get what you negotiate. If the VCU adjunct faculty are able to negotiate $3,000 per credit hour, then one imagines the full-time faculty would be next in line with their grubby hands out. In reality, the college would have a stronger argument to refuse the full-time faculty higher per credit hour pay for the simple reason that their pay was already exponentially higher than that of adjunct faculty.

But wait, the Adjuncts for Fair Pay also want, hold on to your hats, one-year contracts. Are you sitting down? The Capital News also reported, “The group requested $1,000 compensation for canceled classes because of the labor that goes into development. The group also pushed for a policy that would limit adjunct cuts as demands are put into place.”

The tone of the articles published in the student newspaper, as well as other news outlets suggests the members of Adjuncts for Fair Pay are suffering from heretical delusions. A 172 percent pay increase? Pay that would, perhaps, be higher than that of full-time faculty? A kill fee for canceled classes? One year contracts?

According to VCU spokesperson Michael Porter, the college budgeted $400 million on all instruction for the 2020-2021 fiscal year, according to the university’s budget. Again, the answer to that defense of wage theft is: and so?

Let’s get out pencil and paper. It’s time for some math. VCU adjuncts are “permitted” to teach three courses per semester and two classes in the summer. That’s eight courses, 75 percent of the load taught by full-time instructors. Adjunct faculty comprise 51 percent of the total number of faculty at the college, 691 individuals. Thus, if the adjuncts enjoyed equal pay for equal work, the college would budget $153 million of the $400 million budgeted for all instruction for its adjunct faculty. That would be $221,418.234 per adjunct faculty member, including salary, as well as other forms of instructional support.

Tom Burkett, a founder of VCU Adjuncts for Fair Pay, is an adjunct instructor at the VCU School of the Arts. He was quoted as saying, “It’s not about pitying us; it’s about creating systemic change at the university level.”

Systemic change is absolutely needed within a higher education system that has practiced systematic discrimination, sexism and racism in the form of perpetuating some of the largest industry-wide pay gaps between full-time and part-time workers that exist in our country.

Not a single one of the full-time faculty members at VCU was quoted in any news article about the protests of the Adjuncts for Fair Pay group as being in support of equal pay for equal work. Not even Nakeina E. Douglas-Glenn, Associate professor, director – Grace E. Harris Leadership Institute, at VCU. On the list of her expertise is “social equity.” She worked as an adjunct prior to landing her job at VCU. Her bio claims, “she provides leadership for The Grace E. Harris Leadership Institute and its programs.” Right up there with other oxymorons including “military intelligence” and “jumbo shrimp.” VCU Adjuncts for Fair Pay want the pay hikes and other equalizing measures implemented by the Fall 2021 semester. The adjuncts have said they intend to picket the President’s office until administration agrees to the changes.

It’s time that colleges and full-time faculty were forced by Congress or the EEOC to pay reparations to adjuncts. It’s time colleges were forced through changes in federal labor laws to implement equal pay for equal work and to compensate adjuncts for past wage theft. It’s time for colleges to pay adjuncts for their wages that were stolen from them and given over to full-timers in the form of salaries, benefits and perks.