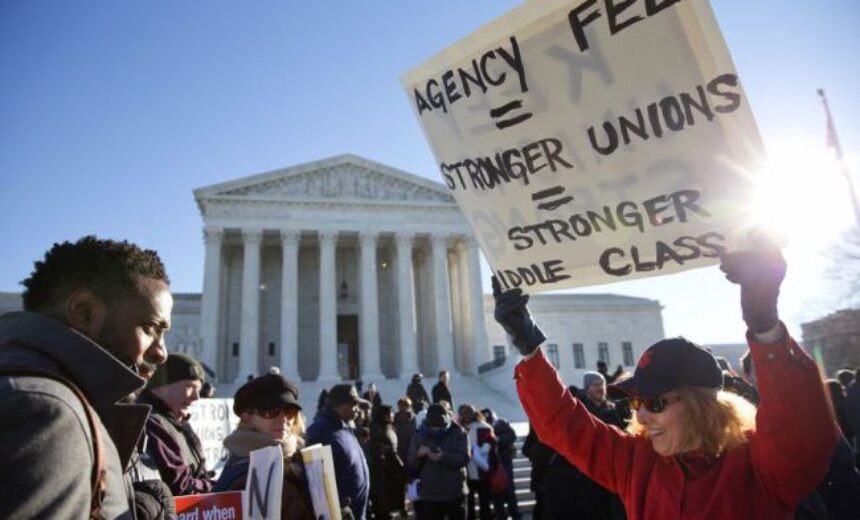 by David Savage The U.S. Supreme Court is poised to deal a sharp blow to the unions that represent millions of teachers and other public employees, announcing Thursday it will consider striking down the mandatory fees that support collective bargaining—so-called agency fees. The justices will hear Janus v. American Federation of State, County, and Municipal Employees, the case of Mark Janus, an Illinois state employee who objects to paying fees to the union, which represents 35,000 state workers. The decision, due by next June, could prove a costly setback for public-sector unions in 22 states, including California, where such fees are […]
This article is only available to subscribers. If you're a subscriber, log in. To subscribe, choose the subscription that suits your needs: 1 Year Individual Subscription, 1 Year Library Subscription, 1 Year Academic Department Subscription, 1 Year College Teaching & Learning Center Subscription or 1 Year College Faculty Association/Faculty Union Subscription
adjunct faculty, AFT, agency fees, NEA, part-time faculty, U.S. Supreme Court, unions