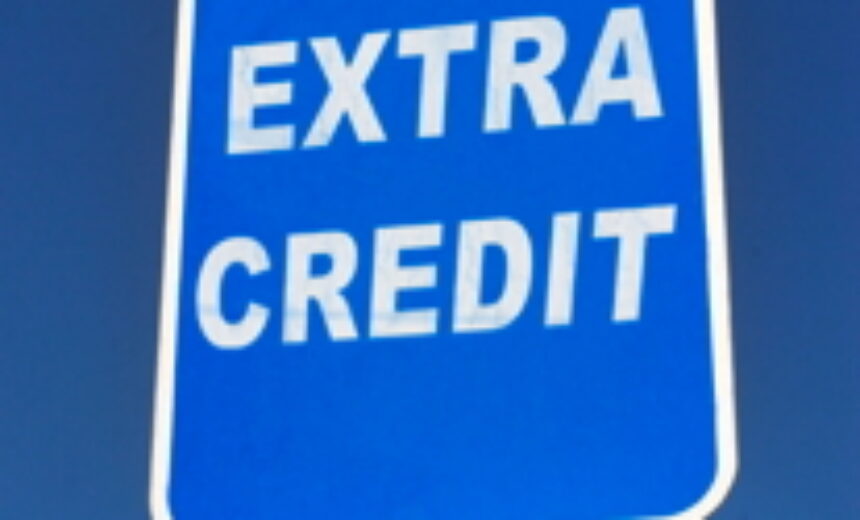 I tried something new last semester in College Writing I–extra credit.  I’ve never offered extra credit points in a college class before (I thought it was kind of babyish), but this year, I decided to try it.  And after doing it once, I don’t think I’ll repeat the process.

I wanted to shake up the day-to-day routine (lectures, discussions, small groups) by having the students do some oral presentations.  I thought the only way they would participate is if I gave them some extra credit points in return.  I decided upon 25 extra points for a five-minute oral presentation.

They were writing causal analyses on societal trends.  Some of the trends they were concerning themselves with were an increase in internet memes, mass murder and cremation and the decline in abortion, smoking and romantic comedy movies.  Once they identified the trend, they were supposed to delineate and develop four-five reasons for the increase or decrease.  So in their oral presentation, they were responsible for presenting this basic material.

Last semester I had one great class and one average class.  The great one was getting “As,” and the average one was getting “B-s.”  When I told the excellent writers about the extra credit project, they upped the ante.

“If we do PowerPoint presentations, can we get 50 points instead of 25?” a student asked.

These guys were gung-ho.

I loved their enthusiasm.

“All right,” I said, looking forward to seeing what they could do with the PowerPoint form.  At this juncture, I didn’t think about how offering 50 extra points would inflate the grades.  (Without the extra credit, they could earn a maximum of 1000 points.  I had some students who ended up with 1050 points.)

About half of the students in each class signed up for these optional five-minute presentations.  We worked on them for two days, and I have to say the kids took the assignment seriously.

And it did what I ultimately intended it to do–shake up the routine.

I saw this as a problem.

My remedy?  This term, I’m making the project one of their actual graded assignments, not an extra credit graded piece.  I’ll have all the students participate.

The project does some good things for them:

1.  It helps them gather their thoughts in preparation for writing their papers.

2.  It forces them to do a little public speaking, which isn’t ever bad.

3.  It allows them to work in a different form–PowerPoint.

Sometimes, as teachers we have to try new things to learn what works.  So I gave out a few more “As” this term.  In the process, I discovered a great learning activity that’s good for the class as a whole and good for the students individually.

I will incorporate the oral presentation in my list of current assignments next year.

Ultimately, teaching is a learning process.  That’s what I love about it.  The old saying is true: I learn as much if not more than the students.

It’s an honor to work with them.  An honor I enjoy three days a week for 15 weeks a term.

That’s teaching for you.