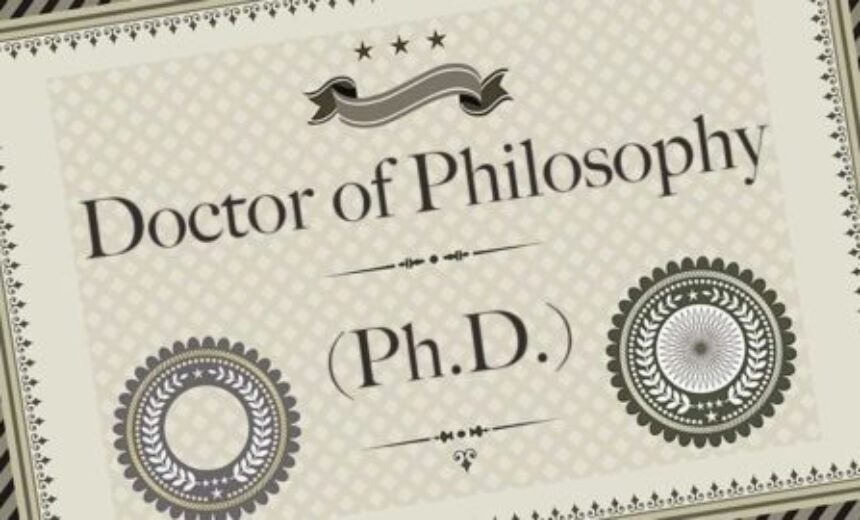 When hiring a professor, nearly every college uses commonly agreed-upon criteria. Among these, perhaps the most important is whether the applicant has a graduate degree.

On one hand, credentials are a critical part of a school’s brand. Given that students are paying an arm and a leg for tuition, it’s helpful when a school can boast that “every single one of our faculty holds an advanced degree.” Indeed, this percentage contributes to a school’s ranking.

This argument makes sense, especially from a marketing perspective. Yet it’s less compelling when applied to adjunct, rather than tenure-track, professors — i.e., those who teach as a sideline. We adjuncts by choice typically have another job that pays the bills; we don’t teach for the money, but because we love doing it.

Here, then, is the question: should part-timers be held to the same academic standards as full-timers? (For the sake of essentialization, let’s put aside the gross pay disparity.) For most colleges, the answer is clear: every professor, regardless of rank, must have a Master’s degree or higher. But this blanket rule seems myopic. Isn’t it preferable to judge each person on her/his own merits, rather than deploying a one-diploma-fits-all catchall? Isn’t a scalpel a better judge of ability than a sledgehammer?

Fair enough, says the Ivory Tower, but shouldn’t educators be well-educated? Shouldn’t they master the theories of pedagogy before they practice on live minds? Just as we require everyone from a manicurist to a lawyer to get licensed, so should we demand certain credentials of a professor.

That sounds reasonable, right? It does… until you talk with long-time educators. They’ll tell you that teaching is more of an art than a science. Just because you earned a Ph.D. from Princeton in 17th-century French literature doesn’t mean you know how to make Molière come alive for two hours in front of a classroom full of easily distracted students.

Ultimately, what you think comes down to which you care more about: rules, or outcomes. Put another way: is the primary goal to perpetuate the perception of excellence, or to make that perception an everyday reality? My take: let’s not rule out an entire class of people based solely on their résumés. As any user of Ashley Madison now well-knows, who you are on paper (or pixels) is often decidedly different from who you are in person.

Jonathan Rick is a lecturer in the English Department at the University of Maryland at College Park. The views he expresses here are entirely his own.