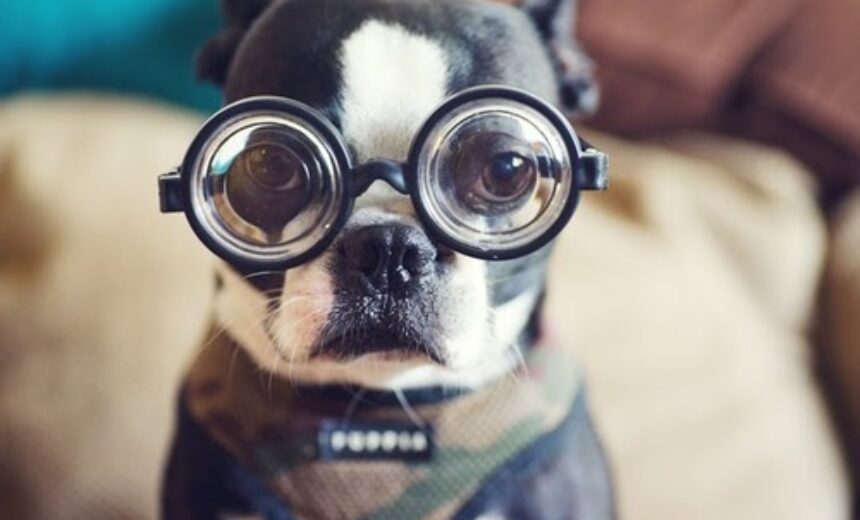 by Jodi Campbell
This was the shocking realization I came to last week. My dog has an ophthalmologist and I don’t.
I had to take him to the ophthalmologist for a six month check up, quaking with fear the entire time that something would be wrong this time. It’s not just because I don’t want him to need eye surgery again or another painful procedure. I also can’t afford any of this. I could almost feel the desperation seeping out of me in the examination room. It was humiliating and yet not an unfamiliar situation. My dog has had serious health problems off and on for years and I have had the gut-wrenching conversation with myself about how far I will go with treatments because of his age and the cost of the treatments many, many times. I’m far more willing to spend money on him than on myself. After all, like I said, he has an ophthalmologist and I don’t. He also has an oncologist and a holistic vet that we see to make sure we don’t see the oncologist again. Then there are the herbal supplements, like bee pollen and something mysteriously known only as “green supplement” that also have the main purpose of keeping the oncologist away,  a prescription food because he was diagnosed with kidney disease a few years ago, thyroid medicine because that became a problem last year, a joint supplement because he is almost thirteen and his joints need a little help, and three different eye drops to control his glaucoma and pigmentary uveitis. I, on the other hand, take a multi-vitamin, as long as it’s on sale and I have the spare money in my budget.
Today cost $167.
When was the last time I spent that much on my health? It just doesn’t happen. Like Emily Van Duyen, I don’t have health insurance. Reading her post brought up familiar feelings of shame for not having health insurance, not being able to afford to go to the doctor until it turns into something much more serious, and the sense of dread as I wait to be told how much it will all cost, hoping that I actually have enough in the bank to pay for it. I am actually sick right now and have been for weeks, but I’ve been telling myself it’s just allergies. I was supposed to go to DHSI in Victoria, B.C. this week, but conceded defeat that it is not just allergies and that I needed to at least rest if I have any chance of getting better, so I didn’t get on the plane. Both of my parents have come down with the same thing, although I sound much worse because I’ve been sick for quite some time now. Since they have insurance, they went to the doctor and got prescriptions for their bronchitis. That’s right. Bronchitis. I most likely have bronchitis, but there is no way I can afford to go to the doctor right now and get tests and prescriptions. After all, I just paid for my dog’s ophthalmologist.