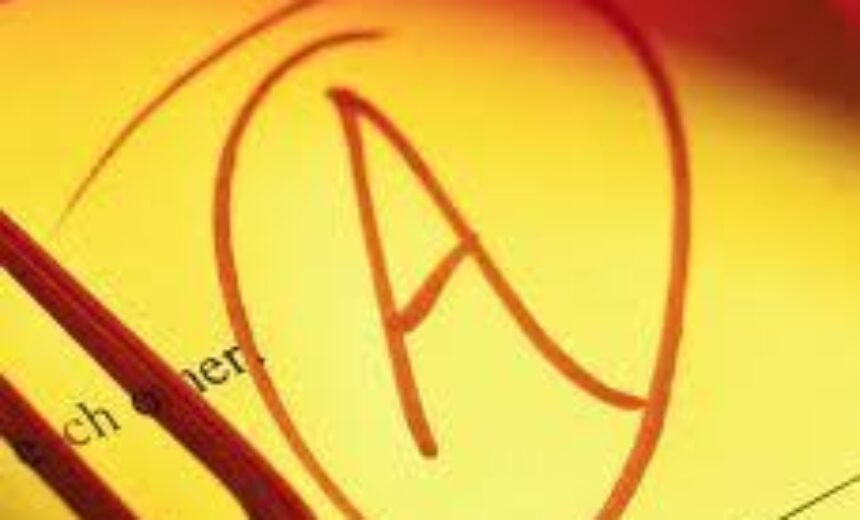 I was at the doctor’s last week, and, as is typical for me, I had a book along to read. The nurse came in, saw the book, and asked how I liked it. She was thinking of getting it for her boyfriend. I said I would give it a B so far–I wasn’t done yet. Her response was, “Oh, so you don’t like it? What’s not good about it?”

I was stunned. I went on to explain that it was good, just not spectacular. Then I started thinking about that comment over the next few days, and I realized it was not the first time I had heard it. For some time now, students have been complaining when they get B-range grades on papers. They are “unhappy” and “dissatisfied” with the grade and want to know what they did wrong. When did a B stop being a good grade?

In my syllabus, I outline what different letter grades mean. I clearly state that a B is a good paper, but not a great one. I reserve A-range grades for papers that really stand out; ones that go above and beyond. That was how I saw the grades as a student, and how I was taught about grades when I began teaching. However, students seem to be of the mindset that anything not an A is a failure. And they want an A even if the paper doesn’t deserve it, because they “worked hard” and tried.

Is this a result of everyone getting a ribbon? Of no one keeping score and everyone being a winner? Of effort being enough? Perhaps. But this current grade craziness seems to be more than that. After papers go back, I dread looking at my e-mail because of all the complaining that ensues. I say over and over that a B is a good grade; that it is nothing to be ashamed of, but students don’t seem to hear me. It seems that learning has taken a back seat to just getting the grade and moving on, and that is a problem.

I know of a professor who, when asked by a student what it took to get an A in his class, replied, “not asking that question.” He then went on to elaborate that being in his class was about more than jumping through hoops. If the appropriate effort was put in and learning took place, the grade would more or less take care of itself. Would every student get an A? No, but all students who put something in would get something back.

Fewer and fewer students want to learn. I had an aspiring police officer tell me to my face in class that unless I could teach him how to write a police report, he had no interest in my writing class. He left and never came back. Education isn’t job training–it is about becoming a well-rounded individual. And in the course of that process, not everyone will win. Getting an A in a class, and even getting a B, should mean something special, not just that you showed up for class every day. I hope we can get back to that.