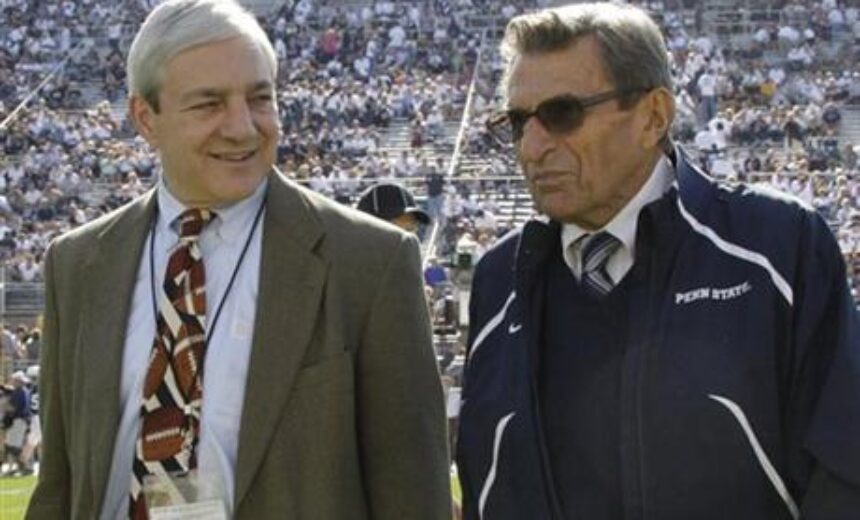 At a noon press conference today, Pennsylvania’s Attorney General announced that the state had issued an indictment of Dr. Graham Spanier, the former president of Penn State University. Spanier was fired in the wake of the child sex abuse scandal that snared several Penn State University officials, including two administrators, as well as former football coach Joe Paterno and, of course, perpetrator Jerry Sandusky, a former Paterno assistant coach. While it’s important to remember that all of the Penn State officials who will go on trial shortly are innocent until proven guilty, emails the administrators sent and secret files they kept on the “Sandusky problem” uncovered by former FBI Director Louis Freeh during the course of his independent investigation will surely make it difficult for the Penn State administrators to maintain their innocence.

I have been working on a series of articles about what amounts to the victimization of a part-time faculty member at Green River Community College, in Washington State, by his own union. Emails uncovered by AdjunctNation in response to Freedom of Information Act requests show clearly that the President of the Green River Community College United Faculty meant for the embezzlement of union funds by former union president Phil Jack to be settled “in house.” While Mark Millbauer responded to questions from AdjunctNation that the union had cooperated with the police in their investigation of the embezzlement, emails released in response to FOIA requests, as well as police reports FOIAed from the Auburn, Washington Police Department contradicted Millbauer’s assertions.

The part-time faculty member in question tried to bring the embezzlement to the attention to Green River Community College Trustees. After all, a crime had been committed. The embezzler had admitted to his guilt and resigned his position. Emails provided to AdjunctNation show that the Trustee, who is also the Mayor of Auburn, Washington, Mr. Peter Lewis, directed the faculty member to report the crime to the President of the Board of Trustees.

Crimes are not reported to Trustees, but rather to the police. Mayor Lewis followed the same line of flawed reasoning used by the administrators at Penn State who, when advised that a crime had been allegedly committed, decided to handle the problem “in house.” Those Penn State men, including Graham Spanier, are now facing a long list of charges, among which are obstruction of justice and perjury. The men face felony charges that carry stiff penalties. I don’t mean to imply that Mayor Lewis committed any crime, but to point out that in his email to the part-time faculty member who tried to report a crime, Lewis did not write in his reply that the faculty member should alert the police. This was the same mistake made by employees of Penn State University.

The GRCC faculty member eventually reported the embezzlement to the Auburn Police Department, and the police report released to AdjunctNation in response to a Freedom of Information Act request, states that United Faculty president Mark Millbauer became upset and told police that the part-time faculty member had absolutely no authority to report the embezzlement to the police. Millbauer then told the detective investigating the complaint of embezzlement of union funds by the past president that the union would not cooperate with the authorities. The union president refused to provide testimony or financial documents.

Then, Millbauer, in response to questions from AdjunctNation, claimed his union had cooperated with Auburn, Washington Police in the investigation of the theft.

Union President Mark Millbauer, like officials at Penn State, refused to turn over materials in response to Freedom of Information Act requests. Green River Community College officials were forced to search Millbauer’s college email account themselves in order to fill the requirements of the FOIA to avoid litigation. AdjunctNation also got help from the Washington State Attorney General’s office in order to push Millbauer and Green River Community College to provide the public records in a timely manner.

Faculty off the tenure-track are frequently denied due process. At Green River Community College, the faculty member’s own union contract’s vaguest of clauses are being used to threaten him with disciplinary action and, he fears, dismissal. The union, unfortunately, including the state affiliate, is not moving as quickly or as aggressively as he would like to defend him from what he believes are trumped up charges.

At Penn State, with the indictment of Graham Spanier (pictured left, with Joe Paterno), many would say that we are seeing justice for the weak, and surely the magnitude of the crimes perpetrated by Jerry Sandusky calls out for justice to be done. While I in no way want to diminish the suffering of those whom Sandusky victimized, I think it’s much too tempting at colleges and universities to sweep victimization under the rug, for administrators to try to handle it “in house,” as it were. It’s much too easy for large, powerful colleges and universities to be perceived as almost independent of the cities and towns which host them.

Green River Community College union president Mark Millbauer does not want to turn over emails between himself and state-level union officials that discuss the faculty member who reported the crime or the United Faculty union president who embezzled the money. I believe this may be because the rot outlined in the emails we’ve been able to examine thus far may extend up the ladder to the state affiliate, headed by Sandra Schroeder, who is also a VP of the national American Federation of Teachers. Did Schroeder know about the embezzlement of union funds by a man she appointed as VP of Legal Affairs for her own state affiliate board? Was she apprised of Mark Millbauer’s decision to refuse to cooperate with the local police concerning the embezzlement charge?

Stories like these are complicated and time-consuming to research and write. However, unearthing the facts, sifting through thousands of pages of emails and other documents provided to us, means that the story, once pieced together, is a powerful and important way to provide justice to faculty members who are routinely denied due process simply by the virtue of their part-time appointments.