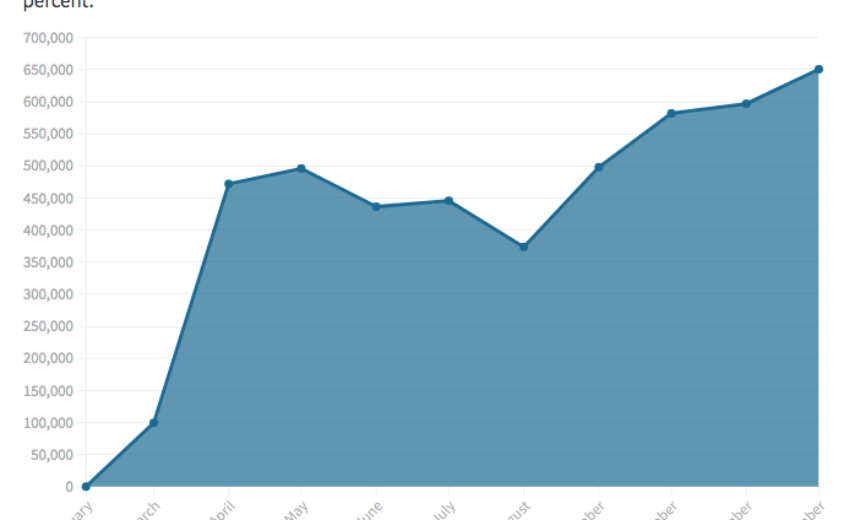 In total, colleges and universities across the U.S. employ close to five million people. Data from the U.S. Department of Labor show that, to date, 650,000 people employed within higher education have lost their jobs. To be sure, adjunct faculty have seen their jobs cut as a result of falling student enrollment related to the pandemic. In June 2020, CUNY announced that 2,800 adjunct faculty (out of 12,000) would be let go. Similarly, in January 2021 the University of South Florida announced cuts to adjunct faculty in order to close a $36.5 million budget gap. According to a November 2020 analysis of by the Washington Post, “lowest-paid workers in higher education are suffering the highest job cuts.” People interpreted that to mean adjunct faculty. However, the WaPo analysis revealed that office workers and low-level administrators, not adjunct faculty, were losing their jobs in the largest numbers.

In other words, the “surplus” workers whom economic theories predict would be the first to go, are being cut: administrators and office support for administrators. Yes, adjuncts are losing their jobs. The loses at Rutgers and CUNY are particularly galling given the sheer number of years those non-tenured faculty have been represented by the AAUP/AFT at those colleges. Let’s not even think about the millions of dollars Rutgers and CUNY adjunct faculty have paid in dues to their unions,. In the case of CUNY, it’s a union run by full-time faculty who have steadfastly refused to bargain equal pay for equal work and job security for thousands of members who are part-time and adjunct faculty.

Administration is the group within higher education that has seen its numbers explode over the past four decades. From 2000-2012 alone, the ranks of college administrators increased by 28 percent. A 2011 piece published in Washington Monthly explains the rising administrative bloat this way:

“Forty years ago, America’s colleges employed more professors than administrators. The efforts of 446,830 professors were supported by 268,952 administrators and staffers. Over the past four decades, though, the number of full-time professors or ‘full-time equivalents’—that is, slots filled by two or more part-time faculty members whose combined hours equal those of a full-timer—increased slightly more than 50 percent. That percentage is comparable to the growth in student enrollments during the same time period. But the number of administrators and administrative staffers employed by those schools increased by an astonishing 85 percent and 240 percent, respectively.”

David Randall wrote in an April 2020 essay published by Real Clear Education, “American higher education is also grotesquely top-heavy. Deans and Provosts have multiplied like rabbits. In the past forty years, the growth rate in the number of administrative staff has been five times that of professors. For a generation and more, American higher education has been sinking slowly beneath the burden of administrative costs.”

Data from the National Center for Education Statistics put Randall’s statement into perspective. During the 1980-1981 school year, U.S. colleges and universities spent a total of $20.7 billion on instruction, and $13 billion on academic support, student services and institutional support combined. Thirty-three years later, during the 2014-2015 school year, total instructional costs increased to $148 billion, while administrative expenses had mushroomed to $122.3 billion.

Public research institutions have been singled out for their administrative bloat. In 1990, there were approximately twice as many full-time faculty at public research institutions as administrators. By 2012, the two groups were nearly equal in number. “Administrative bloat” has earned more and more attention. Researchers investigated the causes, writer published pointed op-eds, and students protested soaring tuition prices, all asking the same question: why did universities hire so many administrators?

Todd Zywicki is a law professor at George Mason University and the author of The Changing of the Guard: The Political Economy of Administrative Bloat in American Higher Education. He said, “The interesting thing about the administrative bloat in higher education is, literally, nobody knows who all these people are or what they’re doing.” Zywicki told Washington Monthly that, “administrative titles at schools, especially large research institutions, can be confusingly vague: Health Promotion Specialist, Student Success Manager and Senior Coordinator, Student Accountability are all positions currently available on higheredjobs.com.”

Now that hundreds of thousands of low-level administrators have lost their jobs, some experts wonder whether the so-called higher education “arms race” will be dialed back. The “arms race” is a prime driver of administrative spending; it’s the battle between universities to attract potential students with the shiniest facilities, and the most exotic study abroad programs. Within the “arms race,” new departments, programs and student opportunities entice prospective students, but also require hiring and paying more administrative and office staff. Reports of colleges and universities “restructuring” disciplines, departments and majors suggest that over the past 12 months the “arms race” has slowed considerably and, in some instances, been halted.

In February 2021, The Chronicle of Higher Education published an essay by Lee Gardner titled “The Great Contraction.” Gardner writes, “Concordia University Chicago, a private institution, for example, announced in December that it would be laying off 51 faculty and staff members, about 7 percent of its work force, and shuttering 15 academic programs after a two-year “prioritization” process. Marquette University announced in late January that 39 employees had been laid off, part of a larger goal to shed more than 225 by 2022 to fill a projected $45-million budget gap. Many of those cuts were the result of ongoing program evaluations meant to meet longstanding financial challenges, but their urgency was hastened by the pandemic.”

Interestingly, Gardner suggests that non-tenured faculty may be even more central to the mission of the redesigned, slimmer institutions of higher learning in the U.S. He writes, “Wealthy institutions will remain relatively unchanged, but a stratum of even leaner public universities and smaller private colleges are likely to have moved further away from the classic spectrum of a university education. Their academic offerings, taught by a faculty whose jobs are less secure, [my emphasis] will be focused more tightly on job outcomes.”

Will adjunct faculty benefit in any way from the deep cuts that continue to thin the ranks of low-paid administrators and office staff? Yes and no. Often, it’s the program director and department secretary who look after the needs of adjunct faculty, answer questions, track down resources, serve as a liaison between the university and its non-tenured instructors. In addition, it’s quite possible that the student support tasks once done by these low-level administrators and office staff will be placed squarely on the shoulders of faculty—who once routinely tackled administrative duties. If adjuncts find themselves doing institution-wide student support, they could also see increases in pay. However, should full-time faculty, and not adjuncts, take on more student support duties, this could be used as another reason why adjuncts don’t deserve equal pay. It could become much like the “but full-time faculty do research” excuse used to rob adjuncts of rightful compensation.

And when the Great Contraction ends? David Gardner writes, “The contracting university may ultimately emerge from the pandemic on stronger footing, but it may also exacerbate inequality.” He’s referring to the support services colleges provide to first-generation and returning students. However, the same could be said of the pay gap between full-time and part-time faculty, including in unions where part-time members have not been represented equally by union leaders (looking at you, CUNY). There may be far fewer low-level administrators, fewer academic programs, fewer support staff and, perhaps, fewer students. However, we have seen clearly that colleges have no plans to significantly restructure their reliance on adjunct faculty.