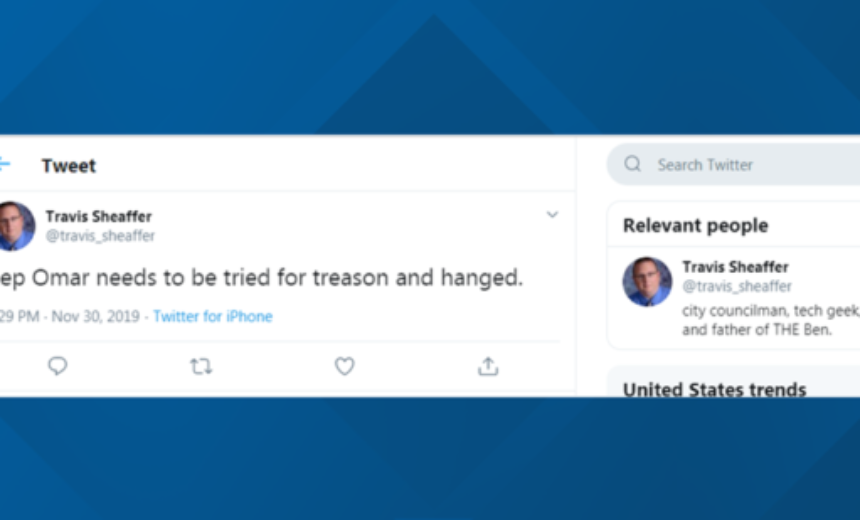 Bowling Green State University officials have spoken out against the Tweet, but also noted the comment is protected by First Amendment and university policy. Former Napoleon City Councilman and current Bowling Green State University Adjunct Professor Travis Sheaffer posted a Tweet saying that Democratic Congresswoman from Minnesota Ilhan Omar, “needs to be tried for treason and hanged.”  Omar is the first woman elected to Congress to wear a hijab.  Since then, Sheaffer has deleted his Twitter account and the university has answered saying the professor does not speak for the school and “the tweet from his personal account was inappropriate […]
This article is only available to subscribers. If you're a subscriber, log in. To subscribe, choose the subscription that suits your needs: 1 Year Individual Subscription, 1 Year Library Subscription, 1 Year Academic Department Subscription, 1 Year College Teaching & Learning Center Subscription or 1 Year College Faculty Association/Faculty Union Subscription
Bowling Green State University, Ilhan Omar, Travis Sheaffer