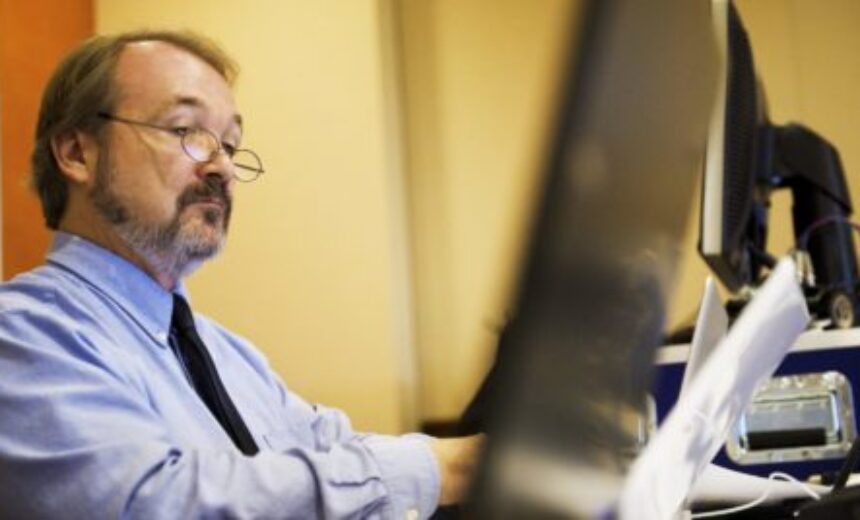 Our book reviewer has a copy of Herb Childress’s recently published book, The Adjunct Underclass: How America’s Colleges Betrayed Their Faculty, Their Students, and Their Mission and is at work on a piece about the latest foray into the genre of “Adj-Lit.” The genre was launched in the early-90s by Drs. Leslie and Gappa with their ground-breaking book, The invisible Faculty. In that book, the authors surveyed just under 1,000 part-time college faculty and wrote up their results. When released, the scholarship in the book caused a stir, because, as you might imagine, the book’s data pointed to the pressing need within higher education for work conditions to be drastically improved. In 1993 when the book was published, only about 35 percent of college faculty in the U.S. were part-timers.

The Invisible Faculty authors wrote this in 1993: “Is it realistic to expect that institutions will reduce the use of part-time or temporary faculty—that the ‘problem’ will be brought under control and eliminated? We could envision no scenario that would permit drastic changes in staffing practices.” How right they were and how wrong they were. The drastic changes which the two of them envisioned had to do with trimming the number of part-time faculty within higher education. I don’t think either Judith Gappa or David Leslie could have ever imagined that a quarter century later, the drastic change would be this: that 70 percent of college faculty in the U.S. work off the tenure-track in temporary appointments.

Enter Herb Childress. In 1996, he finished his dissertation and began searching for a tenure-track job. Childress writes, “I went on to sell furniture. I went on to measure the illumination of prison perimeter lighting and the duration of stay of juvenile offenders. I went on to a teaching postdoc at age 44.” He landed administrative positions in higher education. His wife had finished her Ph.D. in 1982, and taught in temporary faculty jobs until 2014. She had that luxury, because her husband, presumably, had a regular salary and benefits. But he wasn’t happy. Despite having full-time administrative positions, Childress desperately wanted to pursue teaching and scholarship. He writes, “I lost most of my 40s to what I can only refer to as a nervous breakdown. Grief will make you crazy, and I was impossible to live with.” He never got the relationship he wanted with higher education: he refers to his predicament as, “the grief of not finding a home in higher ed.”

I have many times over the past years written that faculty off the tenure-track need to set a professional clock and move on when the alarm goes off. Most recently, I published a piece titled, “Science May Have Found a Cure for the ‘Adjunct Syndrome.'” In a piece I wrote in 2013, I suggested that non-tenured teaching faculty who sought tenure-line faculty positions had to impose a time limit on their lives as non-tenured faculty. In that 2013 piece, I wrote: “There are adjunct activists who push for the fair treatment of the non-tenured. At base, however, the only person who decides in which direction a career goes is the individual. A graduate degree is a very valuable commodity. Colleges need to do a better job teaching people how to leverage one into a job that pays well. …[T]he underemployed need to do a better job of having more realistic job expectations.”

Herb Childress writes in 2019 that his academic career began in 1996, when Bill Clinton was president, with “high praise [for] and rapid publication” of his dissertation. Obviously it’s an important part of Childress’s story. He wasn’t just good, he was great, dammit, and he—even he—didn’t get what he wanted and, quite clearly in his mind, deserved. I’m not saying Childress’s frustrations, anguish and sadness aren’t real. What I am saying is that sometimes people don’t get what they want, deserve and, heck, are even promised. A Ph.D. is a qualification required for most tenure-line jobs at four-year research institutions. It’s not a guarantee of employment. It’s also important to remember that the majority of non-tenured faculty don’t have Ph.D.s.

Herb Childress, however, argues that higher education is a serial abuser of people, an abuser to whom he has a fatal attraction, an addiction even. Without ever having had a taste of the tenure-line community in which he so desperately wanted to become a member, he was hooked. One might observe he was particularly vulnerable thanks to the promise associated with the publication of his dissertation. However, his answer to my rationalistic “alarm clock” advice is this: “Again, the rationalists might say that we should walk away, that we should refuse to support an industry that behaves as it does. But intellectual work is not solely rational. It is a form of desire. It is our identity. It is a community that we love, that does not love us back.” Childress goes on to make his point even clearer: “A life of contingency, like any life with an abusive partner, requires us to manufacture elaborate emotional defenses.”

I find his connection of addiction and abusive relationships to higher eduction’s employment of hundreds of thousands of non-tenured faculty spot on. In essence, Herb Childress has presented a credible psycho-social hypothesis for why (particularly full-time-part-time faculty) non-tenured faculty just don’t take their grad degree marbles and go shooting for cat’s eyes in some better, more satisfying game. The connection between addiction and abuse is called trauma bonding. Does this definition of trauma bonding sound familiar?

The intermittent reinforcement of love and affection the abuser gives is enough to keep the victim hooked. As Shannon Thomas, author of “Healing from Hidden Abuse” said: “When we’re looking for something that we want [a tenure-line job or just another semester of teaching], that we once had, which is a connection with somebody [money, status, employment], and they are playing cat and mouse where they are pulling it back and forth [offering one-semester contracts, firing adjunct faculty at the end of each semester], then the body really does become dependent on having that approval. It’s not all that dissimilar from being addicted to a drug.” [My language appears in brackets.]

People have a strong need to feel like they belong, but this means they may stay attached to unhealthy relationships. This is exactly how Herb Childress describes his relationship to higher education. Even though he achieved economic comfort, as he calls it, he is still tempted to answer the clarion call of a teaching position, even if it were to mean taking a 50 percent cut in pay.

Psychologists say it takes an average of seven tries to leave an abusive relationship. If Herb Childress’s self-insights are any measure, even after leaving, the severely addicted will be tempted to go back to higher education. Of course, not everyone suffers from Childress’s severe trauma bonding. I’ve read plenty of “take this job and shove it” essays and blog posts from adjunct and other non-tenured faculty who were sad to leave their students and their teaching careers, but who never looked back once they’d left.

According to Childress, this addiction-abuse cycle is killing the profession. I would argue that “the profession” is just fine, thank you. The self-proclaimed core of profession which consists of administrators, tenure-line and tenured faculty are still delighted to be paid the lion’s share of the billions of dollars allocated to instruction by our country’s colleges and universities each year. “The profession” is administered, spoken for and populated by self-serving, intellectual narcissists who ignore that the abuse-addiction cycle described by Herb Childress is crushing the confidence and the economic life out of the majority of the people who teach within the profession.

So has Herb Childress offered up a new strategy to be used by adjunct activists to make their struggles relevant to the public? Is the answer to the “adjunct problem” to point out to the mainstream media and draw general public’s attention to the emotional and economic suffering of adjunct faculty? Alas, the answer is still no. Herb Childress’s arguments, while valid and insightful, are akin to spitting into the wind while telling people there’s a storm a brewin’.

Americans have short political attention spans and they understand how higher education works just about as well as the average American understands how an internal combustion engine works. You put in the gasoline, press the accelerator and the car moves. You pay the tuition and take classes. Who cares about the pistons and rings or the crankshaft that turns the axel? That’s for the mechanics.

We are bombarded by a 24/7 news cycle filled with stories about the emotional, physical, and socio-economic abuse of children, women, men and families around the globe. The sorry “plight” of an adult with a graduate degree will never draw more concern than a child separated from her/his parents at the U.S. border, placed in a cage and, potentially, abused physically and/or sexually. That is horror worthy of protest.

Here’s what the average American thinks (70 percent of Americans have no college degree and 13 percent have no high school diploma): Teaching college (on a temporary one-year contract) is a fancy job. If faculty members (all of whom have graduate degrees) earn low pay and have no benefits, well, that’s crankshaft talk. Herb Childress can bemoan anything he wants. He’ll even sell some books.