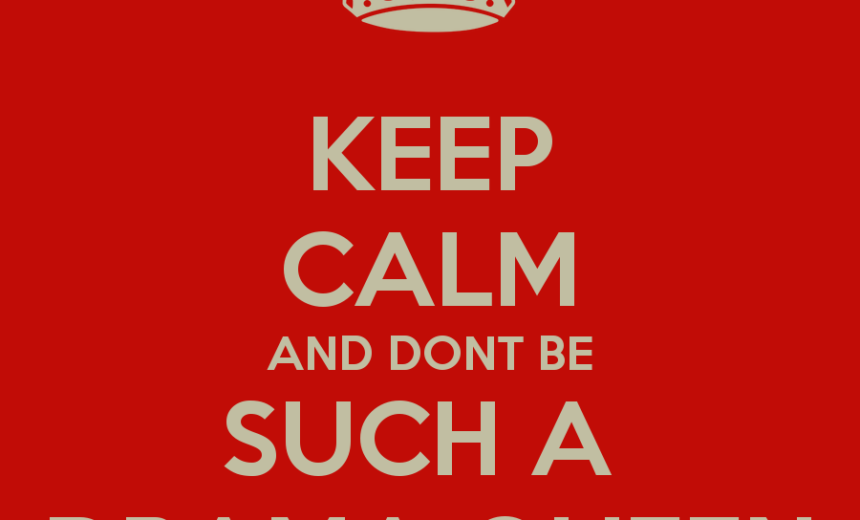 from The Cronk of Higher Education

Employee Assistance Programs from across the country have been inundated with requests for psychological intervention on almost every college campus in order to help faculty and staff members dealing with the effects of Post Dramatic Stress Disorder.

PDSD is an ever-growing phenomenon now under study for consideration in the next edition of theDiagnostic and Statistical Manual of Mental Disorders.

“Overly dramatic types tend to post their feelings on social media sites such as Facebook or Twitter, then stress the importance of their ‘friend’ responses,” said New Media Sociologist Bruce Gunsler. “The dramatic posts are of little importance to the typist. It’s the unpredictability of the responses that causes mental breaks.”

“Ironically, both an absence of responses and a plethora of responses yield mental instability,” said Technosocial Psychologist Wendy Singer. “New cases emerge every hour, but always the same pattern.”

A classic case involved Judy X, an administrator from a large northeastern university.

Said Singer, “Judy frequently used Facebook to post updates such as ‘Women shouldn’t be judged for their body types. I love me just the way I am’ and ‘I talked to a student today who cried because I was honest with her about her attention seeking. Grow up, students!’”

In Judy’s case, she averaged 17 “friend” responses to each post – a relatively high number compared to the norm group.

“Still, the drama continued in both volume and intensity,” said Singer. “Judy seemed perfectly normal in person, but her real friends worried about her stability until her supervisor was forced to mandate EAP intervention.

“While intervention is positive, we are now faced with another looming problem,” said Gunsler. “Many professionals have relied on PDSD sufferers for their primary source of entertainment – and possibly as an identity-measuring instrument. In the absence of a pal with the disorder, many social media users find that they lack an appropriate barometer to measure their own superiority.”