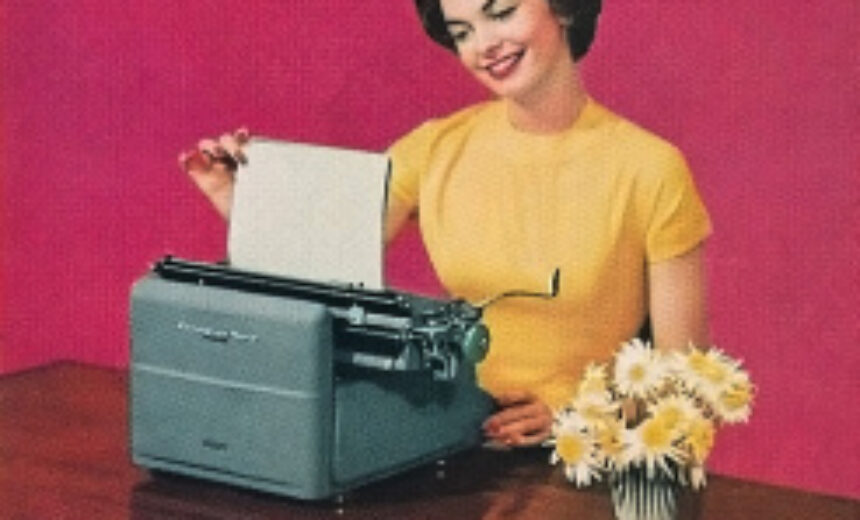 Irene Easley is “super psyched” to start her new job.

The Copperfield Community College governing board today released a statement announcing the surprising appointment of an internal candidate to fill the long-vacated position of the institution’s president/CEO.

The CCC board has determined that, after an extensive seven-month, $6.4 million national search, one of the college’s own staff members best fits the cultural and strategic needs of the college community. In a statement released by the selection committee:

The board is pleased to announce that Ms. Irene Easley, A.A., will assume the prestigious role of CCC president effective January 1. Irene Easley represents the best of CCC’s “Grow our Young Staff” succession program.

Ms. Easley has served as the full-time secretary in the office of residence life at CCC for two years. Earlier, she served as a receptionist in residence life for seven years as a work-study student. She received both her G.E.D and associate degree from CCC, and is currently enrolled in an online Bachelors in Management program at the University of Eastern Ajo, a respected online institution from southwestern Arizona. Ms. Easley hopes to complete her degree by December 25th. One of her inspiring future goals is to teach management courses at CCC as an adjunct faculty member.

“Most of the applicants we interviewed seemed predictable and mechanistic,” said one member of the selection committee. “Their cover letters were written in undecipherable corporate speak and filled with the usual references to mission statements, leadership, the completion agenda, branding, strategic plans, compliance and accreditation conferences, cloud-based course management systems and fundraisers. It was exhausting.”

The external candidate pool represented gender and cultural diversity, but not one of the multicultural-celebrating candidates had “It”: the elusive quality required of a successful CEO in today’s quality-driven community colleges.

The committee was particularly impressed during the interview process when Easly stepped outside to take a personal call, check for text messages and laugh uncontrollably after reading a spammed joke. Since every member of the CCC staff, faculty, and student population spends about 90 percent of the workday fixated on a tablet, smart phone or computer, the committee knew they had their winner.

The board has analyzed specific, validated, robust data which indicates secretaries provide key staffing in higher education institutions. Research demonstrates that if a dean or vice-president vanishes or doesn’t come to work, no one notices the absence for a month or two. But without capable front-line office staff, an institution might collapse within days. The Search Committee found such data compelling, and decided to step outside the box and go a new direction.

The committee looked for a successful multi-tasker, and they found one in Easley. They were genuinely inspired when viewing security video that captured her work habits and customer service skills. Transfixed members watched as she simultaneously texted on her smart phone, played solitaire on her computer, Facebooked, applied eyeliner, ate pizza and partied with students.

“Without question, Irene is engaged with our learners, our technology and our stakeholders,” said the chair of the search committee, Dakota Samuels. “She has a special connection with the CCC family. She is one of us, and understands CCC culture. She represents the best of the 21st Century and the future of this great learner-centered nation.”

Ms. Easley agreed to the current minimum CCC presidential salary of $260,000 per annum. Additionally, she agreed to not ask for a raise for two years.

[President-select Irene Easley was unavailable for comment. She had reportedly taken a personal day to get a $15 mani-pedi. Sources indicate Easley was pleased to hear about her new “easier” job, but was still negotiating some kind of better office plants and furniture.]