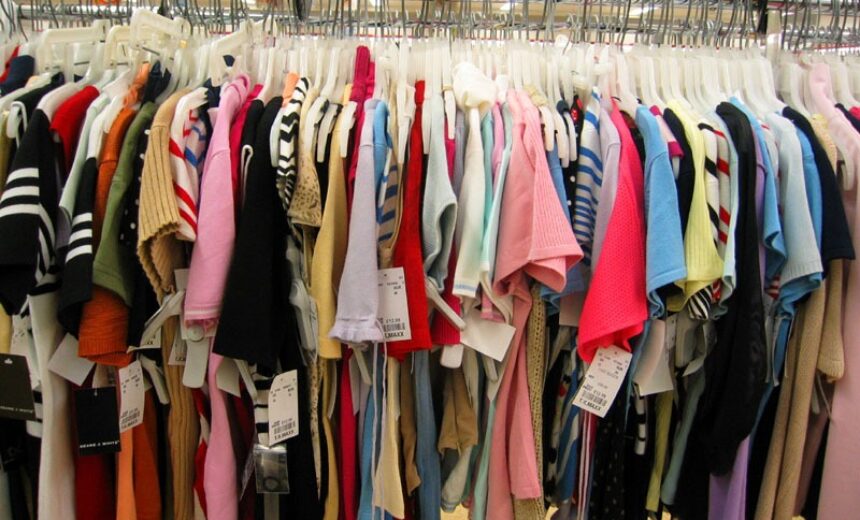 Do the clothes really make the (wo)man? This is a debate that frequently comes up in my classrooms, and I’ve also dealt with it at home while raising two daughters. As academics, we like to believe that we are above superficial judgements, but can we really be?

In the face-to-face world, what we wear is the first thing that people notice about us. I recently assigned an observation exercise to my writing classes whereby they had to choose a subject (person) and observe that subject interacting with an object for a period of time. Then, my students needed to tell me the story of that observation. The task likely sounds easier than it always proves to be. One of the keys to a successful story (fiction or non-fiction) is building the setting. Writers know that setting isn’t just background material to get paid by the word, although it does happen (Charles Dickens, anyone). Setting establishes the mood, tone, even the theme of the piece; setting can also be in the character description, which further enhances a story. All of this leads to what people are wearing: people choose their clothes to communicate something about themselves, even if that choice is unconscious or if it seems to be based on external factors that are outside the individual’s control.

Back in 2009, the all-male HBC college, Morehouse, took a lot of heat for establishing a pretty controversial dress code. Their policy stated that male students would not be allowed to wear dresses. The “Appropriate Attire Policy” also stated that students couldn’t wear hats indoors, pajamas in public, scarves/bandanas over heads, sagging pants, sunglasses inside classrooms, or go barefoot. The controversy, though, is with what critics see as an attack on the LGBT community. In October, 2010, the policy was once again a point of discussion over at Vibe magazine. A flurry of back-and-forths ensued both in and out of the gay community (here’s a terrific article as well).

In the case of the Morehouse policy, clothing becomes a political statement—but there’s more to it than that. In the name of school spirit, last week at the University of California, Riverside the campus bookstore allowed students to trade-in their other college attire (sweatshirts, t-shirts, and anything with another college’s logo) for sometimes higher-priced alternatives. School spirit, rather than political statement, is the motivator here. While all definers and enforcers of dress code believe that it’s in the students’ best interest, sometimes the dress code is undeniably aimed at helping students. Here’s a recent article about a technical college giving interview clothes to students (and another).

School spirit seems like a natural at college; some might argue that political statements are also a part of the college oeuvre. I think it’s even more basic than all of that, though. When I give the observation assignment I get some push-back from students, and it’s usually the older students, about how it isn’t right or fair to judge people on their clothes. I patiently explain each time that while it is a goal to not judge on first appearances, it can’t really be helped. We strive, of course, to overcome those first impressions. We consider ourselves “good people” when we look past such outward indicators, truly.

In that latest assignment, my students wrote about their subjects in comical, serious, and descriptive ways. I send them out onto the campus in groups of three and tell them to pay particular attention to the clothes, as the clothes reveal the details of the situation. Is the student wearing a jacket? Well, that can tell the audience the time of day, season, or how fashion-aware the subject is. Does the subject look like s/he just rolled out of bed? Does the subject wear provocative clothes, extremely baggy clothes, or some other type of clothing that witnesses might deem “inappropriate” to the situation? These can be indicators of a rebellious nature, or inattention to detail, or some kind of insecurity that might play out in the story later. As my students found, despite how some of them resisted, for better or for worse, what a person wears does affect how that person is perceived. This goes for faculty members, too, of course.

About the Juggler: Kat Kiefer-Newman currently teaches as an adjunct instructor at two colleges in two different departments. In addition to her busy working (and driving) schedule she attends conferences presenting her research, is in the last stages of finishing her Ph.D., takes care of her elderly father, has recently packed up and sent off to college her second daughter, chats in status updates with her students on Facebook, does not hand out her cell phone number to said students despite their pleadings, and in her spare time she plays in her organic veggie garden. (And though she will never admit it, she also enjoys reading trashy vampire novels.)