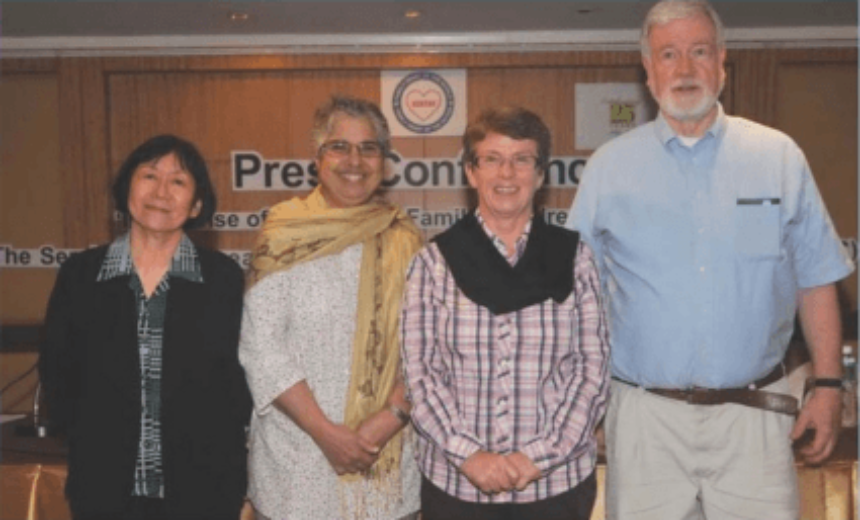 Several students are protesting the decision by Boston College to not renew the contract of an adjunct professor in its School of Theology and Ministry who has openly questioned why the Catholic church won’t ordain women. The Boston College mission statement on its website talks about the Jesuit foundation of the school that makes it unique. It reads: “No other institution so explicitly embodies the fundamental human desire to know.” But after Father John Shea (pictured left), a professor of pastoral care and counseling, asked church leaders for a theological explanation for why women are not being ordained to the […]
This article is only available to subscribers. If you're a subscriber, log in. To subscribe, choose the subscription that suits your needs: 1 Year Individual Subscription, 1 Year Library Subscription, 1 Year Academic Department Subscription, 1 Year College Teaching & Learning Center Subscription or 1 Year College Faculty Association/Faculty Union Subscription
adjunct faculty, Boston College, Cardinal Sean O’Malley, dismissal, employment, Father John Shea, higher education news, hiring, John Falcone, ordination of women, William Leahy