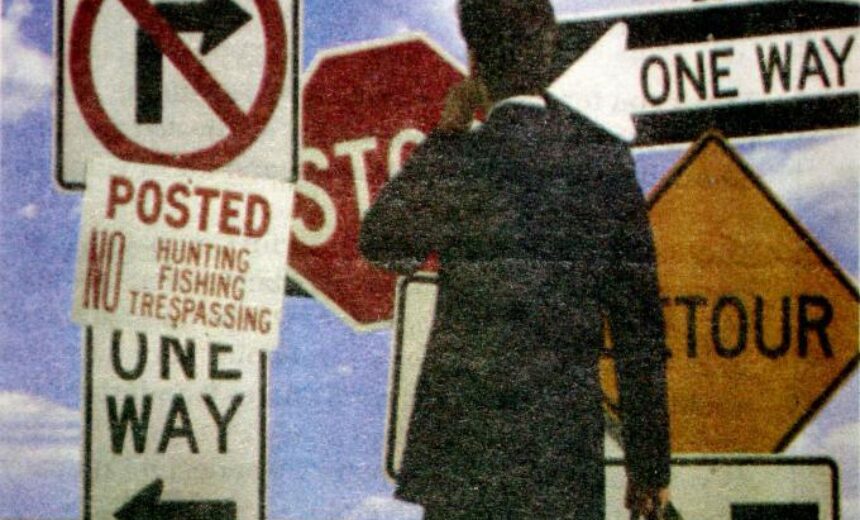 Imagine walking into your department head’s office and saying, “I’m giving up my full-time renewable teaching position to pursue adjunct teaching several states away.” Okay, so I didn’t use those exact words. That is essentially what I meant, though the exchange went a little more like this:

Department Head: “Sure, Melissa. What’s on your mind?”

Me: (taking a deep breath) “Well, see, my new husband—you know he’s in the military, right?—is being sent to a new place, and I, um, have decided to go with him.”

Department Head: “Hmm, I knew this was coming.”

So what was it like to give up a full-time job and move across country for adjunct teaching? One word: difficult.

For some, the decision to teach part-time is not an easy one to make, even when it is the best choice. For me, the first hurdle was making my resignation official, or perhaps it started with making the decision itself, going back and forth, weighing pros and cons. Agonizing. The second hurdle was finding a job after being off the market for several years. Somewhere in-between, I had to pack up my belongings and actually move. My husband had to leave for his new job before the semester was up, so I arranged the move alone. (So far, this has been the only time I have had to face that situation, but I doubt it will be the last.)

We adjuncts end up teaching part-time for a number of varied reasons. Some of us may be teaching for extra experience or extra money. Others may need the flexibility that part-time teaching allows—or all of the above. I am mainly in the second category. I suppose I could have kept my full-time instructorship until retirement, or I could have gotten a different kind of job when I moved. But I wanted to stay in teaching and wanted to move with my husband; thus, I chose adjunct teaching for the flexibility it would offer. I would be able to move as frequently as necessary, and I had the perfect excuse to apply for different kinds of jobs and to explore my options.

What helped me make my decision was that I knew what to expect because I had been on the adjunct track before. Added to that, I did some informal research on our new home, such as looking up how many colleges and universities were in the area, checking the schools’ web sites for job postings, going to job search web sites (e.g., Chronicle.com, Smarterfaculty.com, and, of course, AdjunctNation.com), reading tourism web sites (great for finding out where and how to explore a new area), etc…. I felt informed and prepared—sort of.

To those who doubted my decision, I said, “I can do this. I’ve done it before. I can teach anywhere, so there’s nothing to worry about.”

Naturally, many responded, “Who are you actually trying to convince—you or me?”

The constant threat of moving every few years impacted my decision, as well, particularly the uncertainty of where I would move and when I would move.  I was not only going to be an adjunct but also an itinerant instructor, albeit one who may have to move during any time of the year. That brings its own set of difficulties.

My first job search, the one that came after the conversation above, was complicated by the fact that I did not start searching until the spring (March/April). In hindsight, it was probably not the best time to go the job market—ideally, the earlier, the better—but I had no idea where (or if) I was going until then. It is like that when you are part of a military family. Even when you know you are moving sometime soon, you often do not find out where until it is almost time to go. That is the reason I needed the flexibility to begin with, yet it can prove difficult when I cannot start looking for a job until I actually know where to look. Even worse, try moving in the middle of the term when all the positions are taken. Last year, we moved at the end of October. All the colleges and universities in the area already had their adjunct pools set for the year, so I had to sit out until the following fall or hope for a sudden opening in the spring.

By the time I get settled in a new teaching position, we will probably move again, though hopefully not for a while. I would like to say I am used to being an itinerant adjunct, always looking for a new adjunct position in whatever new city I am in, but….

About the Adjunct: Melissa McDonald is an adjunct instructor, writing consultant, and a military spouse all rolled into one. She earned a BA in English from Nicholls State University and an MA in English from the University of Louisiana at Lafayette. She has taught composition, technical writing, and literature courses, both face-to-face and online. She also has experience as a journal and a newsletter editor, a webmaster, and a writer. Outside of work, Melissa enjoys spending time with her family, playing with her cats, reading, writing, and cross stitching.