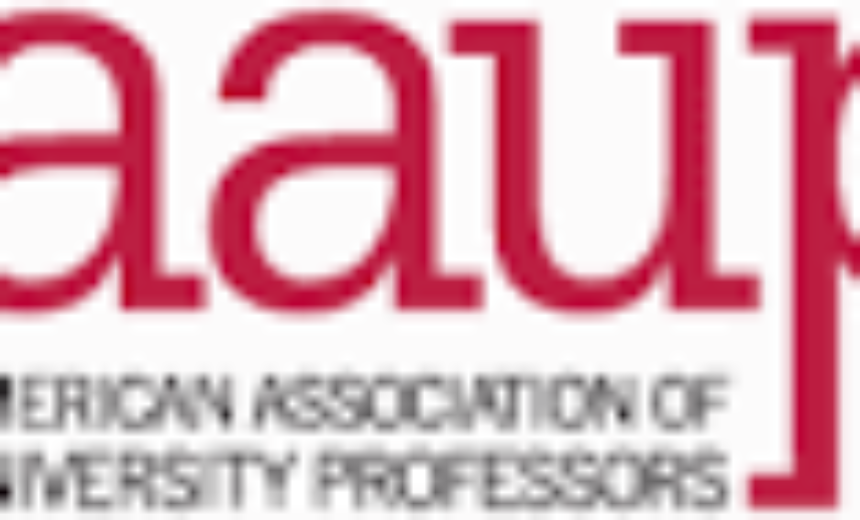 I like the AAUP. I really do. The organization is like a grandfather, 90+ years old, somewhat staid, a little cranky and creaky, but still full of piss and vinegar. AAUP elections are upon us. Well upon those part-time faculty who are AAUP voting members, at least. AAUP represents between 4,000-5,000 part-time faculty, with the largest single local being the part-time faculty local at Rutgers University in New Jersey. AAUP is in the middle of an effort to reinvent itself. At 90, one couldn’t really call it a midlife crisis, but all the signs are there. General secretary Roger W. Bowen, an ex-university president, signed on to the Good Ship AAUP just four years ago. By June of 2008, he’ll be gone, amid rumors that his leadership and vision for the organization weren’t bold enough, or were waaaaaaaaay too bold (depending on whom you ask). AAUP lifer and all-around good guy Ernie Benjamin will step in and serve as the interim general secretary.

Then, as I wrote above, we have the elections. The run for President at AAUP isn’t a Dewey-Truman match-up by any means. Today I am writing about Dr. Tom Guild, the challenger. I read Guild’s interesting candidate statement here. He writes that, “We need to strengthen our recruitment of full-time tenured and tenure track faculty members to the AAUP. That is the membership category recently suffering the largest decline. Since full-time faculty members are financially able to pay higher dues, this additional revenue will facilitate and help finance the organizing of part-time and graduate student members.” Just to be clear, currently, there are about 420,000 faculty in the entire country who are on the tenure-track or who have tenure. The rest of the 1.2 million faculty who teach in our country are off the tenure-track.

If you ask me (and you did), Dr. Tom Guild is running the gold-digger campaign. His campaign song must be “Diamonds are a Boy’s Best Friend.” (Please replace “diamonds” with “tenure-line faculty.”) Tenure-line and tenured faculty can pay higher dues, but they ain’t, I repeat ain’t gonna sit around and watch all their money go toward organizing temporary faculty. They’re going to want their union and their dues to better their working conditions, pay and bennies.

Then, Dr. Guild then goes on to write that “Our priority should be to encourage significant membership growth by reducing dues, and by providing quality services to our members.” Good Lord Almighty, man. Ronald Regan tried that strategy. It was dubbed, not so kindly, Voodoo Economics. Hell, Herbert Hoover tried it in 1928 with his famous “Chicken in every pot and car in every garage” campaign pitch. Americans all over the country ended up homeless, living in Hoovervilles and eating their own shoes, boiled.

You can’t focus on recruiting tenure-line faculty who can pay higher dues by lowering the dues and provide quality services. You just can’t.

As for Dr. Guild’s ideas about part-time faculty, whom he refers to as “contingent”–and I hate that word worse than I hate “adjunct”– Guild says in his statement: “Nevertheless, the efforts of the AAUP to support our contingent faculty colleagues need to be strengthened….When we are ready, willing and able to make the necessary financial and organizational commitment to our contingent faculty colleagues (my bolding, not Guild’s) we should proceed full speed ahead and do whatever we can to improve their working conditions and to end the exploitation of contingent
faculty throughout the nation.”

Translation: part-timers don’t hold your breath expecting the AAUP led by Dr. Guild to pull you out of the shark-infested classrooms. The organization isn’t “ready, willing and able” at the moment. Guild’s reasoning reminds me of Civil War General William McClellan who, when presented with 1,000,000 troops by President Lincoln’s draft, defied the President’s order to attack Richmond with the excuse that he couldn’t possibly attack Richmond without two million troops. Turns out McClellan could have taken Richmond, and ended the bloodiest war in our history, with half a million troops. Hindsight is 20-20, Dr. Guild teaches legal studies and not history, but part-time faculty should take particular note of this comment, for he’s being very clear in what he is saying AAUP should focus on–first the organization itself, then the organization of part-time faculty.

Most interestingly, Dr. Guild writes, “As a contingent faculty member I have a
keen interest in protecting our contingent faculty colleagues’ interests.” Consenting adults have great fun playing dress up, but just as wearing black face is considered offensive, an ex-tenured faculty member proudly wearing the “contingent” label is incredibly insensitive and offensive. A quick look up to his CV, and we see that he is actually a tenured faculty member who is now a Professor Emeritus, and has been one since 2006.

Here’s the bottom line my friends. Dr. Tom Guild is 53-year-old, tenured, white guy. In the AAUP, literally, 90 percent of the 40,000 voting members fit that description. I am not saying a 53-year-old, tenured, white guy can’t make sweeping changes. Look at what professor Woodrow Wilson accomplished as governor of New Jersey. Further, to make such sweeping generalizations about men like Dr. Guild would be sexist, racist and classist of me, and I hate people like that. Instead, let’s just say that a 53-year-old, tenured, white guy with a candidate statement like Dr. Guild’s can’t be expected to bring sweeping change to AAUP. If elected, he wants to recruit more members to AAUP just like himself, because, of course, the majority of tenured faculty in our country are white guys. He wants to lower dues, and increase AAUP’s dues revenue then use that money to organize part-timers and grad students. He’s a candidate for change, just not at the moment.

That’s a shame, because AAUP is ripe for sweeping change, just not from within, and not from a candidate like Dr. Guild. Unless there is sweeping change, AAUP will end up with 6,000 tenured, white guy members, an ex-tenured, white guy/woman general secretary and a tenured white guy/woman president who teaches part-time, and “feels the pain” of the nation’s 700,000 non-tenured, underpaid and non-unionized faculty.