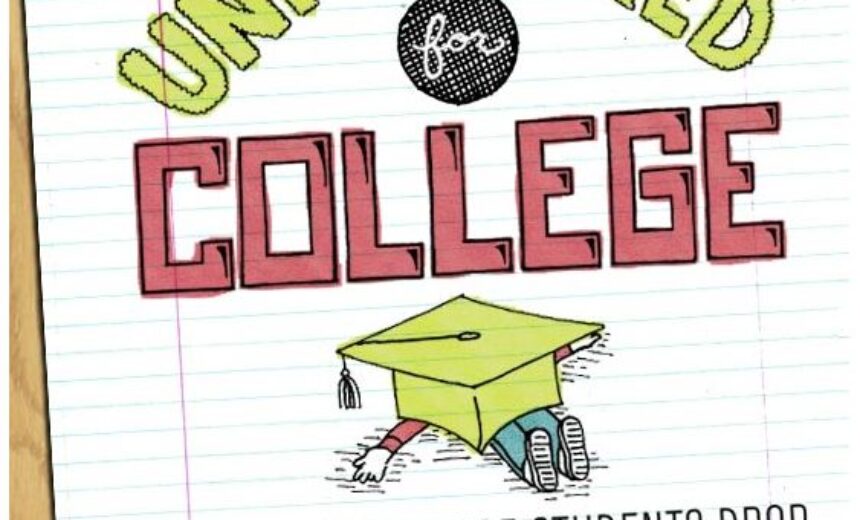 We must take steps to help students catch up before we lose even more of them.

By June, many U.S. colleges and universities have traditionally stopped accepting applications for admission and have a good sense of who will be in their incoming classes in the fall.

Pandemic stresses created financial problems for many higher education institutions, as they were already bracing for enrollment declines due to the coming demographic cliff. That’s left enrollment questions still unanswered for some schools, with many scrambling to fill spots in the Class of 2026, according to the National Association for College Admission Counseling.

In the fall of 2019, over 18 million students were enrolled in postsecondary institutions in the U.S. By this spring, the number had declined by almost 1.4 million students, a drop of 9.4 percent since the pandemic began, according to the National Student Clearinghouse.

Colleges are expecting another problem as well: Not only might fewer students be enrolling, those who do enroll may be less prepared for college coursework than the students who enrolled before the pandemic.

Standardized test scores in math and reading have slipped for elementary and middle school students, while academic disparities between white students and Black, Latinx and Native American students and between students from wealthy families and those from lower-income backgrounds have widened.https://3f43c23125f7b1e238d463023dd8416e.safeframe.googlesyndication.com/safeframe/1-0-38/html/container.html?n=0

Failing grades have jumped for middle and high school students nationwide: The state of New Mexico, for example, and the city of Houston, Texas, had more than 40 percent of students fail at least one class from spring 2020 to spring 2021.

Before the pandemic, the percentage of students taking at least one remedial course when enrolling in college (one measure of college preparedness) ranged from almost 70 percent for students starting at community colleges to almost 40 percent for those starting at four-year schools,  numbers that could be even higher now.

As a college professor who teaches my department’s introductory statistics course, I’ve found students coming to college less prepared, and I have provided more refreshers on topics like the order of operations and square roots.

Still, the label of “underprepared student” or “unprepared student” can be limiting. Too often, such labels are taken to indicate students’ ability and overshadow their potential for success in the classroom. Labeling students as having the ability — or not — to succeed can be extremely consequential, prompting doubts about abilities, feelings of unworthiness and a lowered sense of belonging, a 2020 study found. This, in turn, results in lower course engagement (including effort, interest and attendance) and poorer performance.

The impact of these labels is greater for students who are more likely to be viewed as underprepared due to societal stereotypes of their groups. When students reportedly believe that their instructors view intelligence as mostly unchangeable, they question who is likely to “have it” and who likely does not.

For women in math classes, for example, perceiving a professor to have fixed views of intelligence prompts expectations of being stereotyped and lowers performance in the course, recent research demonstrates.

Similarly, the gap in course GPAs between Black, Latinx and Native American students and their white and Asian peers was more than twice as large in classes taught by faculty who endorsed more fixed views of ability, a study of over 15,000 college students found.

The label of “underprepared student” or “unprepared student” can be limiting. Too often, such labels are taken to indicate students’ ability and overshadow their potential for success in the classroom.

There are some potential solutions. Instructors can communicate with students and structure their courses in ways that support student growth. Faculty who participated in professional development opportunities like the Student Experience Project revised their syllabi to clearly signal their belief in student potential.

Instructors can also connect students with campus resources, normalizing the process of getting help with academic and nonacademic challenges. Course assessments can become lower stakes, with built-in opportunities for feedback and instructors using different strategies to help students improve their course performance.

Such strategies remind students that underpreparedness is not a fixed state, and that their ability is not seen as an immutable trait. By enacting more growth-minded approaches, instructors can promote greater feelings of belonging, efficacy and trust, which predict better performance even during a pandemic.

Of course, some students may need additional preparation to be able to succeed in their college coursework. Others might benefit from a pause to get basic needs met. Still others may need to clarify or home in on their sense of purpose and motivation to succeed in college.

To provide students the opportunity to showcase their potential, faculty must move away from labels like “underprepared” and “unprepared.” They must focus on creating classroom cultures of growth, and seek to discern what material students have not yet mastered so they can point them toward actionable steps for improvement.

Universities need to draw on students’ existing assets and strengths and challenge views of the immutability of intelligence and ability.

Learning does not end with a diploma. A student’s journey need not be assumed or defined by measures of their college preparedness, their transcripts and entrance exam scores. Institutions must be ready to support students not just during their transition to college — but all through the experience until graduation.