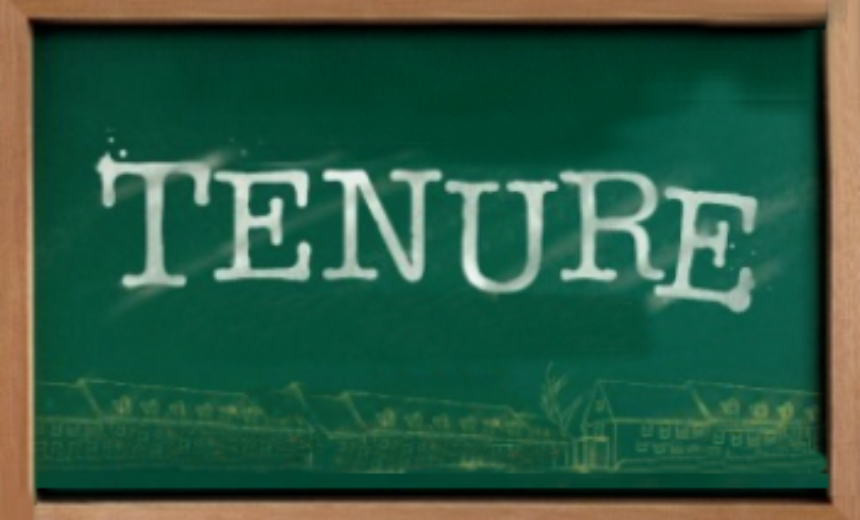 Lorgia García Peña was denied tenure at Harvard in 2019. According to a breathy piece in The Chronicle of Higher Education, “García Peña, who came to the United States from the Dominican Republic as a child, was the only Black Latina scholar on the tenure track in Harvard University’s Faculty of Arts and Sciences. In 2019 her department committee unanimously recommended her for tenure, and the college-level appointments and promotions committee endorsed that decision. But once her case reached the administration, she was denied.”

In an interview—the first given since she was denied tenure— García Peña brought up the fact that her colleagues didn’t rally to her side. This is from the interview: “You said you weren’t prepared for the silence of your colleagues after your tenure denial. What do you think was driving that? Complicity. They didn’t feel responsible, if they weren’t the ones denying me tenure. But in structures of exclusion, people who are benefiting from the systems have to think about their role in it. How is it that you are able to obtain tenure and I’m not?”

Temporary faculty owe Lorgia García Peña a debt of gratitude. In her somewhat self-involved way, she just pinpointed why (and how) temporary faculty are denied pay equity, benefits, office space, due process and the right to job security: complicity on the part of the people in higher education who enjoy those very same rights and privileges. How is it that you obtain $145,000 per year (average assistant professor salary at Harvard) and I obtain $61,000 (average preceptor salary at Harvard)?

At Harvard, there are hundreds of “preceptors” who are permitted to teach for eight years and then tossed out on their briefcases. They earn 40 percent of what tenure-line faculty earn, and are term-limited regardless of their teaching excellence, publications or research. Lorgia García Peña can relate. In June 2022, after landing a professorship at Tufts, she wrote: “universities employ low-paid graduate students and temporary, part-time teaching staff, such as adjunct professors and instructors, to teach the majority of the undergraduate courses. Even though adjuncts—like tenure-track and tenured professors—have doctoral degrees, they are paid less. Oftentimes, adjuncts are paid a flat rate per course rather than a salary or a per-hour rate. These flat rates amount to outrageously low wages, below the federal minimum, and put adjuncts’ pay below the poverty line. Adjuncts are not offered health care benefits, research support, or at times, even an office space. In the humanities and social sciences, temporary, contingent, or part-time employment is most common.”

However, in none of the articles about her, including The Chronicle interview, does García Peña think to draw any correlation between what happened to her and what happens to the majority of college faculty every semester.

García Peña went on to say in her interview that she just can’t forget what was done to her: “You can’t just forget it. I still have students for whom I am the main adviser, who are writing dissertations with me. They’re Harvard students. It’s a really fucked-up position to be in, because my choices are: I abandon students that I have been working with for five, six, sometimes seven years, or I do this free labor for Harvard. I have to sit in rooms with colleagues, rooms at Harvard in which I am in a dissertation defense or in a Ph.D. exam. It’s triggering.”

Being treated like a disposable piece of offal is triggering.

The truth is that colleges hire more assistant professors than will ever be awarded tenure. Like adjunct and other temporary faculty, assistant professors are viewed as investments in much the same way Penem viewed its Hunger Game Tributes. In a June 2022 article in Harper’s Bizaare, García Peña wrote, “According to the American Association of University Professors, only about 21 percent of faculty are tenured. The scarcity of tenure lines often causes rivalry between departments competing to obtain them. Following the neoliberal trend that affects all industries across the globe, the modern university is more concerned with cost reduction and the amassing of its endowment than with the production of knowledge and the well-being of its students.”

Lorgia García Peña, in her interviews and essays remains convinced that she was denied tenure because she is Latinx. The white establishment “unbelonged” her. How does this square with Lorgia García Peña “unbelonging” the Harvard preceptors who taught the intro language courses so she didn’t have to? The majority of temporary faculty are white. In reality, Lorgia García Peña came face-to-face with the pervasive exploitation that is the engine that has made higher education run since 1970, when only 25 percent of faculty worked off the tenure-track. It’s rot that has worked its way up into the ranks of tenure-line faculty, thanks to the complicity of those same faculty over the past 40 years as the ranks of adjuncts and part-timers swelled.

García Peña suggests that the answer to the problem is for faculty to rebel, to form communities. “Community is the most effective form of rebellion,” writes García Peña. Non-tenured faculty would settle, I think, for an invitation to the holiday party and the code to the photocopier.