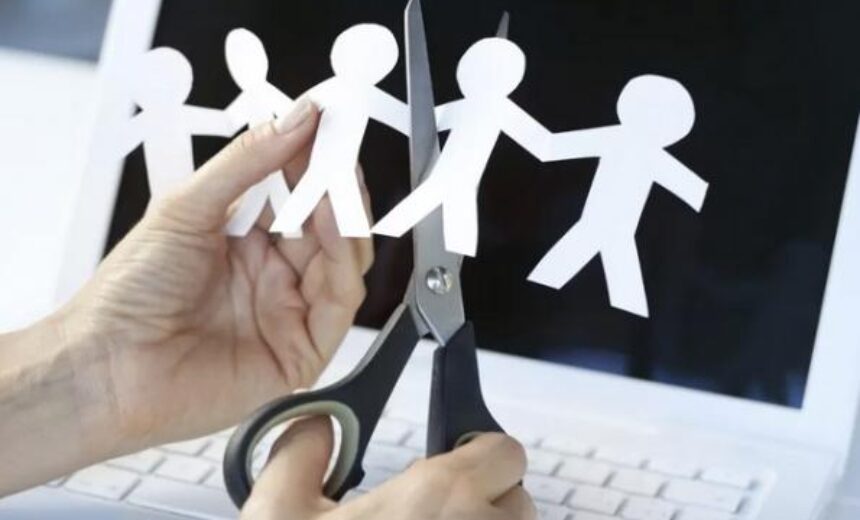 Thanks to refunds to students for tuition, room and board, and activity fees, as well as uncertainty surrounding Fall 2020 enrollments, college and university presidents across the country are facing projected budget deficits. While adjunct faculty are often treated as expendable, news reports from around the country suggest that colleges are not simply using mass layoffs of part-timers to close budget gaps. College staff, whose jobs rely on campuses being open and students being on campus, are taking the biggest hits in terms of furloughs. High-paid staff are being asked to take pay cuts of as much as 30 percent.

Why are adjuncts being spared? One explanation comes from a recent report released from the American Federation of Teachers titled, “An Army of Temps.” The report reveals that, “nearly 25 percent of adjunct faculty members rely on public assistance.” On average, adjuncts in the U.S. are paid just $3,500 per course and “nearly a third of the 3,000 adjuncts surveyed for the report earn less than $25,000 a year.” What this means is that the amount spent on adjunct compensation is too low at the majority of colleges to make a dent in projected budget deficits.

In addition, the large number of adjuncts now employed within higher education—70 percent of all faculty (1,000,000 instructors)—means that colleges simply don’t have enough full-time faculty to teach all of the courses and students taught by adjuncts. Slashing course offerings by shedding adjuncts, would further eat away at reduced revenues.

Likewise, at the University of Louisville, which is projecting a $40 million shortfall, that school’s president, Neeli Bendapudi, announced unpaid furloughs for adjuncts and other faculty. Bendapudi announced a voluntary pay cut for senior administrators through June 30, and pay cuts of between 2 and 10 percent for staff earning $100,000 to $300,000 or more.

In April, Union College in New York announced that it was putting 275 staff members on furlough. Union College President David Harris said, “It’s about individuals whose duties you just can’t perform if you have to be off campus, buildings are closed and students aren’t here,” he said, emphasizing the staff changes are “temporary furloughs” not layoffs, comparing it to “unpaid leave.” Approximately one-quarter of the college’s 260 faculty are full-time temporary instructors. Union College faculty members were not affected by the furloughs. College officials did freeze pay raises that were expected for the 2020-2021 fiscal year. The college also planned to freeze new staff and faculty hires.

In April, Valparaiso University’s president announced his institution will furlough 200 employees in cost-saving measures. Half of the institution’s 421 faculty members are adjuncts. Heckler announced the university will furlough 154 full-time employees and 46 part-time employees, according to a VU news release. VU President Mark Heckler voluntarily took a 30 percent salary reduction.

VU Staff members not furloughed and earning at or above $48,000 annually will see a temporary salary reduction on a scale beginning at 2 percent and increasing the more an employee earns. While faculty will be encouraged to take voluntary pay cuts, because adjunct faculty don’t make the $48,000 minimum, they are not expected to give up any of their pay.

This doesn’t mean that adjuncts are exempted from cuts.

Administrators at the Community College of San Francisco recently announced that the college was cutting 258 course sections and laying off 107 part-time faculty in order to close a $13 million projected budget gap. The community college employs a total of 844 adjuncts, 792 of whom have assignments for the spring semester. Part-time instructors’ salaries and benefits cost the college $18.1 million in the 2019-20 fiscal year. Administrators, of which City College currently employs 56, cost roughly $6.4 million.

Part-time faculty employed by the college are also losing their health care benefits. Part-time faculty must have a load of at least 50 percent of a full-timer’s load to get health benefits, according to City College spokesperson Evette Davis.

“Our [department] chair had no warning — she just woke up in the morning [on Wednesday] and saw that 15 of her classes had been removed. Then she had to go and start calling faculty [to tell them] that they were laid off,” said Deirdre White, a part-time painting and drawing instructor who has taught at the college for 15 years. “I got the call [and was told] that I would be losing my benefits. It was really hard.”

At Harvard, preceptors (full-time temporary faculty) are circulating a petition asking the college to extend all of their appointments for at least one year.

Alex Corey has been lecturer in history and literature at Harvard University since 2017. Corey says, “I will almost certainly be unemployed on July 1 with no health insurance for me and my family,”

Harvard has announced faculty pay freezes, tenure-track faculty search suspensions and a partial hiring freeze. The non-tenured faculty petition asks Harvard officials to extend current appointments and renewal limits for all instructors teaching off the tenure track. The petition language points out that the instructors are not likely to be hired elsewhere thanks to institutional hiring freezes. Instructors at Yale University and Smith College circulated their own petitions for one-year contract extensions, as well.

Terence Renaud is a history lecturer and he co-wrote the Yale petition. Renaud argues that Yale — like nearly all other institutions — is heavily dependent on non-tenure-track labor. Beyond any “ethical argument” for supporting these instructors, he said, Yale has a “practical interest in maintaining the number and quality of its teaching faculty. A new class of undergrad students has already been admitted for the upcoming year.”

However, a recent New York Times article reported that university leaders “expect to lose international students, especially from Asia, because of travel restrictions and concerns about studying abroad.” Foreign students, usually paying full tuition, represent a significant revenue source everywhere, from the Ivy League to community colleges. In addition, according to the New York Times, “a higher education trade group has predicted a 15 percent drop in enrollment nationwide, amounting to a $23 billion revenue loss.” Higher education in the U.S. is a $600 billion dollar industry, so a $23 billion drop in revenue represents a potential 38 percent contraction of the higher education marketplace.

While Terence Renaud argues Yale’s Fall 2020 class has already been admitted, and so Yale should extend his contract, Kent D. Syverud, the chancellor of Syracuse University offers up another perspective. Syverud told the New York Times, “Will families choose to send their kids to college?” he wondered. “Will they choose to not send them or delay them? I just haven’t found anybody who has the best crystal ball to answer it.”