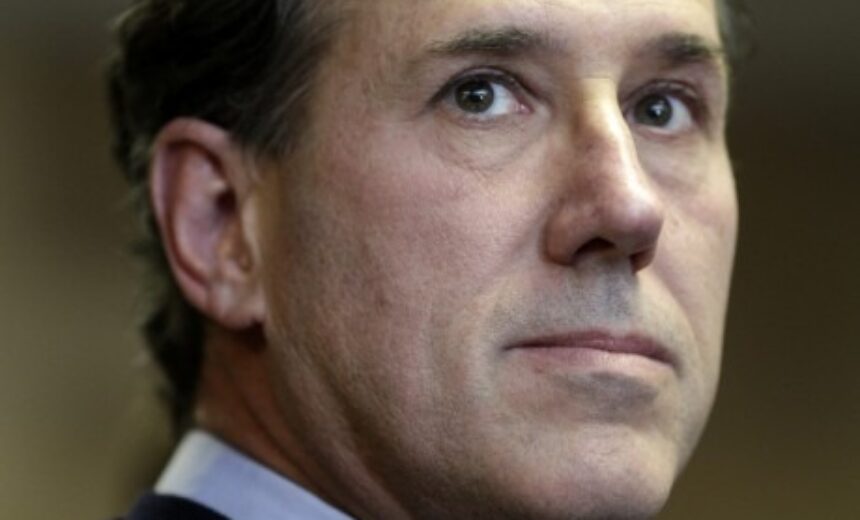 In live in Michigan and at the moment, I wish that I didn’t. Presidential candidates Mitt Romney and Rick Santorum are fighting it out for the state’s delegates and it’s, well, one of the most tedious, repetitive, breathy news cycle I have lived through in quite some time. There are panting press releases about the latest voter polls. One poll shows Santorum with a slim lead. The next poll has Romney ahead by the skin of his teeth. The Lansing State Journal, a practical publication, posted a piece that reported the two men were in a statistical dead heat. Thank you. We’ll all know who won by 10 p.m. on Tuesday, and I don’t really care to know anything other than it’s close. If Romney loses, there are Republican hand-wringers who claim the GOP presidential primary race will be thrust into chaos. Who cares? Daily Kos, a liberal blog, posted a headline that screamed, “10 Percent of Michigan Voters Insane.” Only 10 percent? Really? There were more Democrats than that who believed that Republican Rick Snyder would be a moderate and foolishly voted for him. As it turned out, some poll or other had 10 percent of Michigan voters telling pollsters that Santorum is “too liberal.”

Rick Santorum is now running around Michigan suggesting that not everyone should go to college. Ok. I taught college for 10 years. Chances are very good you’re teaching college at this very moment. We can all point to one student or another who simply should not have gone to college, either due to a lack of motivation or a lack of academic preparation. What’s the big secret? Students routinely drop out of college, and some never go back. Many do, but others simply decide that college is not how they want to spend their time and money. It’s as silly to judge them as it would be to discourage anyone who wanted to go back and give college another whirl. It’s a very personal choice.

What bothers me no end, however, is to hear a former U.S. Congressman who obtained an undergraduate degree from Pennsylvania State University, an M.B.A. from the University of Pittsburgh, and a law degree degree from the Dickinson School of Law, ask with a straight face: “Why bother with college?” Seriously? Because people who attend and graduate from college earn significantly more over the course of their lifetimes than those who hold only high school diplomas. A guy who has an undergrad degree and two post-grad degrees has got to be kidding when he suggests college may not be worth the time, effort or money.

The New York Times blog today picked up on Santorum’s clever new campaign strategy in a piece titled, “The New Conservatism: Don’t Bother With College.” David Firestone writes: “Rick Santorum opened a new beachhead in the culture wars over the weekend with one of the stranger positions in what passes for conservatism in the Republican Party these days – arguing for a reduction in the number of people who seek higher education.”

Santorum (right) suggested that to make college attendance a national goal, “devalues the tremendous work that people who, frankly, don’t go to college and don’t want to go to college because they have a lot of other talents and skills that, frankly, college — you know, four-year colleges may not be able to assist them.”

Yes, that is Rick Satorum’s actual sentence construction, which makes Sarah Palin’s verbal flubs appear the work of a genius.

Then, over at the Wall Street Journal blog, Siobhan Hughes posted a piece titled, “Santorum Reaches Out to Voters Who Don’t Want College Degrees.” Hughes writes, “Mr. Santorum, who has said before that college isn’t for everyone, disputed the suggestion that his position made it seem like he thought there was something wrong with getting a college education.”

So what’s the real reason Santorum wants to cut down on the number of people who go to college?

Santorum explains that, “We have some real problems at our college campuses with political correctness, with an ideology that is forced upon people who, you know, who may not agree with the politically correct left doctrine.”

Ah. So the rich white guy with two post-graduate degrees is worried that college is “indoctrinating” young people. They shouldn’t be indoctrinated. They should be unemployed. Government statistics show that unemployment is higher among those without a college degree. In January, the jobless rate for those with less than a high school degree was 13.1%, according to the Labor Department. That compares with a 4.2% unemployment rate among people who have a bachelor’s degree or more education. The rate was 7.2% for those who have graduated from high school but have never gone to college.

I have a feeling his phobia of indoctrination gives college-going Americans rather less credit than they deserve for being able to determine what they believe and to sustain their beliefs in the face of disagreement.

George Stephanopoulos blogged on the subject at ABC News under a headline that would have made his old boss, President Bill Clinton, smirk. “Rick Santorum: ‘A Lot’ of People in US Have No Desire for College.” He writes:

I asked Santorum about recent comments he made to Glenn Beck about colleges, calling them “indoctrination mills.”

He defended those comments to me.

Santorium told Stephanopoulos: “I mean, you look at the colleges and universities, George.  This is not — this is not something that’s new for most Americans, is how liberal our colleges and universities are and how many children in fact are — look, I’ve gone through it.  I went through it at Penn State.  You talk to most kids who go to college who are conservatives, and you are singled out, you are ridiculed, you are — I can tell you personally, I know that, you know, we — I went through a process where I was docked for my conservative views. ”

If comedienne Tina Fey misses this opportunity to impersonate Rick Santorum and make sport of his inability to speak clearly, it will be a major loss for the nation. This is a guy with two post-grad degrees who can’t string together two sentences about why college is not for everyone.

Look, I don’t have a horse in this Michigan primary race, but every U.S. president, including both Bush presidents, have called for universal access to higher education because it’s a path to increased economic success not only for individuals but for our society, as well. There will never be anything close to universal participation in higher education by those adults who would be eligible. Why? Because some people just don’t want to go; some people can’t afford to go to college; some people think college is a waste of time.

In essence, Rick Santorum isn’t saying anything new, shocking, cutting edge or even breaking new educational theory ground. The mainstream media pundits who are running around this story in small, concentric circles, hoping to draw in readers and page views, are reporting what all of us have known for as long as we’ve worked in higher education: A percentage of students should not be in college. They will drop out. They will fail. They will leave despite all of our best efforts to help them succeed.

If this is the best Rick Santorum has got to give to the American people in terms of education policy, he deserves to have the mainstream media make him look like a buffoon who can’t speak coherently.