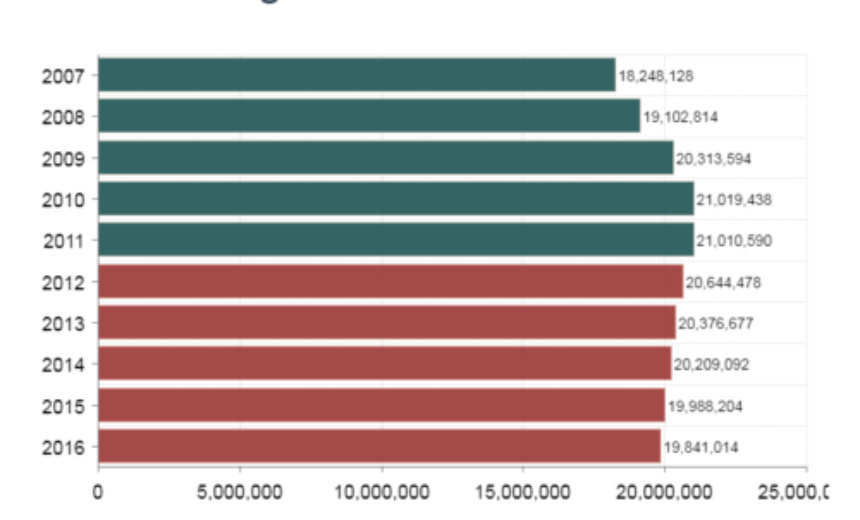 by Nathan Grawe Demographic change is a constant force. College campuses are often at the forefront of the shifting composition of each generation. For example, non-Hispanic whites are not projected to become a minority of the U.S. population until mid-century, but William Frey, Senior Fellow at the Brookings Institute, points out that among those 18 and younger, the transition will be as soon as 2020. The import of that milestone is already clearly evident on campuses across the country. As a consequence, WICHE estimates that many states in this region are beyond their peak number of high school grads with more decline expected […]
This article is only available to subscribers. If you're a subscriber, log in. To subscribe, choose the subscription that suits your needs: 1 Year Individual Subscription, 1 Year Library Subscription, 1 Year Academic Department Subscription, 1 Year College Teaching & Learning Center Subscription or 1 Year College Faculty Association/Faculty Union Subscription
Western Interstate Commission for Higher Education