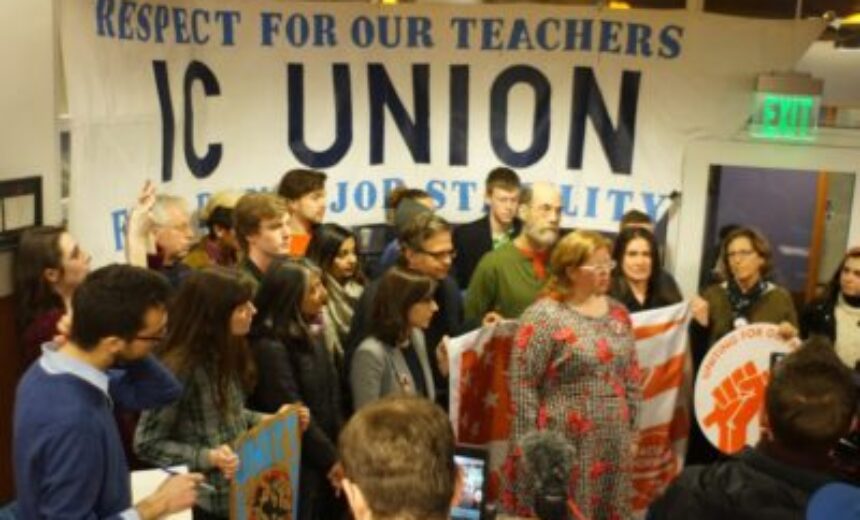 by Grace Elletson The Ithaca College contingent faculty union, an affiliate of the SEIU formed in 2016, is currently celebrating a victory it has been fighting to clinch for over 17 months: a first-time contract with the college. However, the campus community has expressed mixed reactions to the deal. The contract, signed March 26, guarantees that part-time faculty will see a 24 percent raise over four years, bumping up the current three-credit course rate from $4,200 to $5,225. Additionally, part-time faculty have been awarded longer–term contracts: Those who have been working at the college for over three years will be […]
This article is only available to subscribers. If you're a subscriber, log in. To subscribe, choose the subscription that suits your needs: 1 Year Individual Subscription, 1 Year Library Subscription, 1 Year Academic Department Subscription, 1 Year College Teaching & Learning Center Subscription or 1 Year College Faculty Association/Faculty Union Subscription
adjunct faculty, higher education news, Ithaca College, part-time faculty union