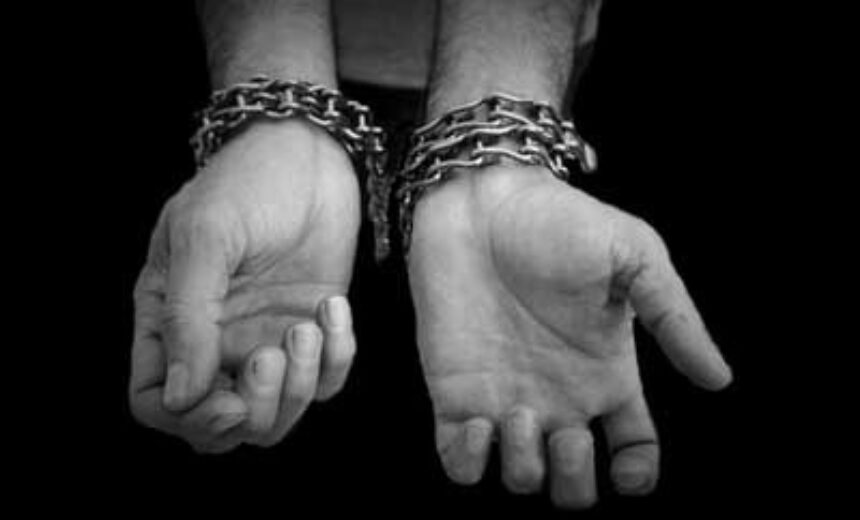 Slave labor. Exploited. Manipulated. Abysmal. Degrading. Not respected. These are all words that I see whenever I’m reading an article or a post about being an adjunct instructor, regardless of what website or article that I’m reading. They’re also words that I hate when it comes to describing some people’s chosen profession. Finally, I will argue that they don’t apply and are completely inaccurate.

Perhaps the most common word I read and hear about it “slave labor.”  It makes my blood boil.  I’m not overly politically correct…my wife will tell you that….but to use such a strong word as “slavery” to describe a white-collar job is a bit ridiculous. Meaningless rhetoric and dramatic language usually does little to persuade those that you’re debating to your side.

Webster’s dictionary defines slave as: 1: a person held in servitude as the chattel of another, and 2: one that is completely subservient to a dominating influence. Working part time without an office hardly qualifies as “slavery” I think.  Also, the last time I checked, being an adjunct in a ‘choice,’ which involves “the act of choosing.”  So much for the slavery argument.

I understand the need to use strong language to try to make your point. I agree with many of the issues that people make regarding the need for higher pay and more job security for adjuncts. But using slavery is no different than calling a politician whose views on the environment you don’t agree with a Nazi.

Go tell a guy working in a factory that has a GED and making 8 bucks an hour that has to ask for permission to use the bathroom that you are “slave labor.”  Better yet, go tell a farm worker bent over 12 hours a day in a field picking artichokes for your dinner that you are a “slave.” Let me know how that works out for you. Or, you go always take a trip to the lovely country of the Sudan and see real life slaves for yourselves, then come home and complain about the lack of  respect you feel.

Exploitation is a little more subjective. According to Websters, exploited is defined as 1: to make productive use of : utilize <exploiting your talents> <exploit your opponent’s weakness> and 2 : to make use of meanly or unfairly for one’s own advantage <exploiting migrant farm workers>. The first definition is pretty straight forward. It’s that second one that causes a debate. Do schools exploit adjuncts? If you don’t enjoy being an adjunct…but still insist on doing it…..I’m betting you will read this and say, “Of course we’re exploited!”

If you’re like me and understand and accept what goes along with teaching on the non-tenure track side of academia, you’ll probably disagree for the most part. Don’t get me wrong. Exploitation does exist among the acedemic world. But what a lot of people don’t seem to acknowledge (because acknowledging it would take away any reason for complaining, right?), is that exploitation occurs in every profession. Some more than others.  Farm workers are exploited. Managers are exploited-my wife will personally attest to that. I’ve read stories of millionaire actors and actress saying they were exploited by studios. Even some of our highest paid athletes claim exploitation at contract time.

To me, it’s all perspective. Am I “exploited” by the three schools that I work at because they expect me to prepare for classes or grade papers at home without being paid? I guess I am. Do I feel exploited? No. It’s kind of hard to feel exploited when I’m grading tests with my family at home and a football game on in the background. OK, that was an exaggeration. I don’t do anything while football is on, but you see where I’m going. What about my friend who teaches elementary school? She has a full time job and benefits. However, she still complains whenever she has to prepare for classes on the weekends. Is she exploited? What about my wife? Is she exploited and being used as a “slave” when her boss calls her at night and needs her to prepare something at the last minute for the next day? Should everyone be paid for every second of every day that they even think about work? Maybe if this were a perfect world. But its not. And it never has been. The argument that some adjuncts make that they’re ‘exploited’ and are ‘slave labor’ is a hollow one. Most professionals do work outside of the office without being compensated for it. This isn’t anything new and adjuncts aren’t the only ones.

The next time you feel “exploited” or think you’re being treated as “slave labor,” look around. Are you at home? Do you have food to eat? A car to drive? The freedom to come and go as you please? Are you healthy? Is your family healthy? Do you have the freedom to choose a different profession if you desired to do so? I’m guessing you do. Underpaid and undervalued, you might be. But you have the freedom to change that if you want. A slave, however, you are most certainly not.

About the Adjunct By Choice: Randy Eldridge is an adjunct instructor and tutor. He teaches criminal justice courses leading to Associate’s and Bachelor’s Degrees. He earned a B.A. in Political Science from Capital University and an M.S. in Criminal Justice from the University of Cincinnati. Prior to entering the world of teaching, he worked as an Adult Probation officer for Butler County in Ohio. He is a U.S. Army and Desert Storm Veteran, serving four years on active duty. When he is not teaching, he enjoys spending time with his wife and daughter. He’s currently debating whether or not to pursue his Ph.D.[/private]