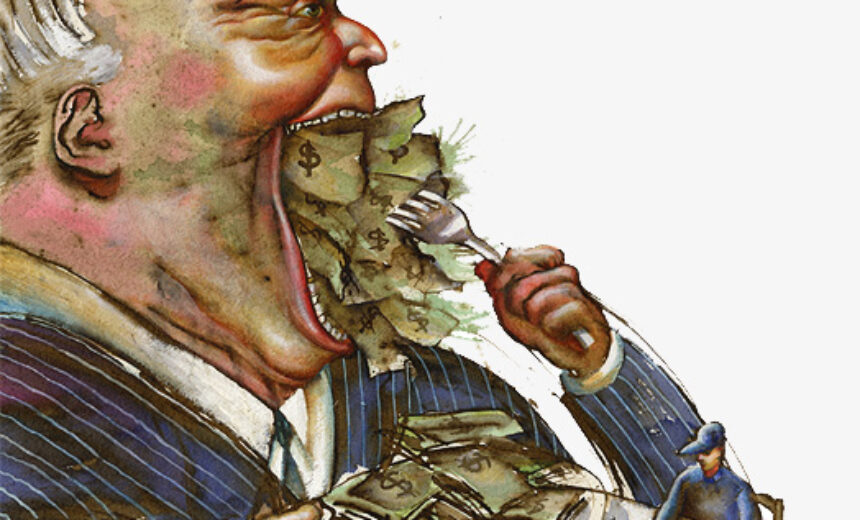 Ivy Tech Community College employs 120 full-time faculty and 500 part-time faculty. It’s a common ratio at American community colleges these days and it’s a ratio meant to achieve exactly one purpose: to save money. Recently, administrators at Ivy Tech alleged that the community college is experiencing a “shortage” of adjunct faculty thanks to the Affordable Care Act. Instead of offering the college’s adjunct faculty health care coverage, Ivy Tech chose to cut the total number of hours adjunct faculty at the school are allowed to teach—in order to avoid providing health care. An Ivy Tech administrator was quoted as saying the college just “can’t afford” to pay health care premiums for 500 adjuncts.

The following comes from Ivy Tech’s 61-page 2012-2013 financial audit and was written by the community college’s president:

On behalf of the Trustees of Ivy Tech Community College of Indiana, I am pleased to present the College’s 2012-13 Financial Report. As evidenced by this document, 2012-13 was a positive year for the College. The financial statements highlight the College’s strong fiscal health. Chancellors, administrators and finance directors across the system have been conscientious in controlling expenditures and stretching available resources to ensure optimal quality and efficiencies statewide. The College continues to regard the funding it receives as a public trust and believes there is no better return on investment in Indiana.

Nearly 200,000 students annually choose Ivy Tech as their gateway to higher education or path to immediate career advancement. The College’s tremendous growth has been fueled by its affordability, transferable credits, supportive learning environment, and nimble response to workforce needs. Ivy Tech has been able to accommodate the growth with funding from state appropriations combined with cost savings and efficiencies.

The independent auditors write in the same report:

Unrestricted Net position has grown from $121.1 million to $273.2 million, a 125.6% increase in five years. This performance has allowed the College to continue to fully fund internally designated funds to offset liabilities for accrued vacation, sick leave, and other post-employment benefits OPEB) while also establishing reserves for repair and rehabilitation and technology related infrastructure…. In conclusion, Ivy Tech Community College of Indiana is well positioned to continue to serve the educational and training needs of Hoosiers. The College is in sound financial shape. During the past year, this conclusion has been confirmed by Standard and Poor’s and Fitch Ratings, which maintain a bond rating of “AA-“and “AA” respectively on the College.

According to the audit, Ivy Tech doled out $208 million on instruction in fiscal year 2013 and $71.2 million in benefits. The school spent $92 million on administrative support. Adjuncts earn $1,500 per course. At the outside, Ivy Tech spent $4.4 million on adjunct faculty compensation in 2012-2013 (if every adjunct taught 3 courses per term). That’s 2.2 percent of the total $208 million spent on instruction. The other 98 percent of that pot of money was spent on 120 full-time faculty.

In addition, all employees who retire between the age of fifty-five (55) and sixty-five (65), and whose combined age and years of continuous benefit-eligible service equal at least seventy-five (75), and were hired on or before December 31, 2008 and were benefits-eligible and continuously employed in a benefits-eligible position on or prior to December 31, 2008, may elect to remain in the College group medical and/or dental programs. Employees who meet the above requirements and remain in the programs pay only twenty percent (20%) of the full premium expense. The College pays the remaining eighty percent (80%) of the premium, and the expenditure is recognized when paid. During fiscal year 2012-13, expenditures of $467,468 were recognized for sixty-five (65) employees who participated in the post-retirement health and dental care program.

This information from the audit gives us a good idea of how much it might cost Ivy Tech to provide the same coverage to its 500 adjuncts: $3.59 million per year (requiring adjuncts to pay the same 20 percent of the premium cost and the college paying the remaining 80 percent).

The long and short of the matter is that Ivy Tech Community College can most certainly afford the $3-$4 million per year required to provide health and dental care benefits to the 500 adjuncts who teach at the school. The truth is that the 120 full-time faculty and 75 administrators would prefer to spend the bulk of the $292 million allocated to instruction and administrative costs on themselves—that amounted to $1.668 million dollars per person in 2012-2013.

Blaming Obamacare for Ivy Tech’s “shortage” of adjunct faculty is akin to blaming gluttony on the fact that cream puffs taste so yummy. It’s obvious from ridiculous assertions such as the one made by administrators at Ivy Tech that the foxes guarding the fiscal hen house are never going to reallocate funds to provide pay equity or health/dental care to adjunct faculty. It’s time for state legislators to step in on behalf of citizens who deserve equal treatment and on behalf of taxpayers—some of whom are the very adjuncts who are being shafted by the public institutions at which they teach.