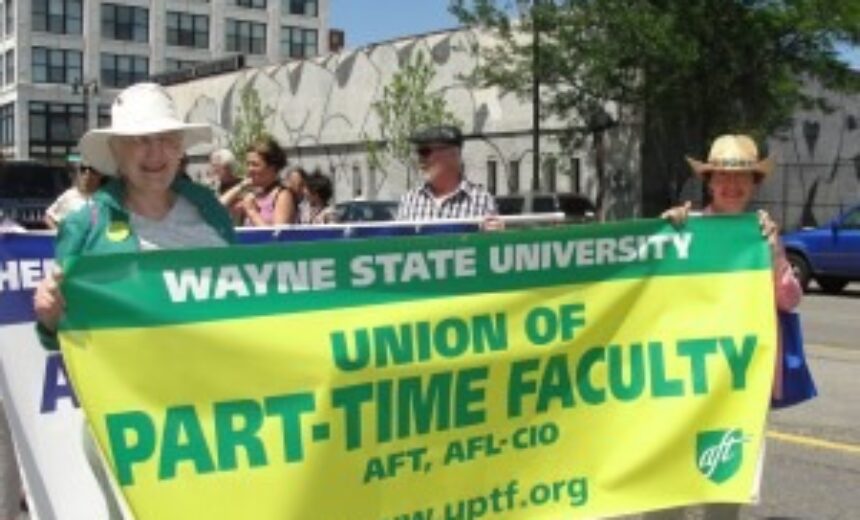 by Marjorie Lynn Holding the door open to the Paris Cafe in Detroit, Susan Titus, a wide-smiling, grey-haired woman in jeans and a hot pink sweater, greeted me warmly as she realized we had known each other in the past. In fact, Susan shared that I had been the first person years ago, in the early 90s, to make her aware of “freeway flyers” and “road scholars” when I belonged to the lecturers” organizing committee at Eastern Michigan University. Now, this self-proclaimed “Grey-Haired Warrior” has helped organize a new union at Wayne State University, the Union of Part-Time Faculty (UPTF), […]
This article is only available to subscribers. If you're a subscriber, log in. To subscribe, choose the subscription that suits your needs: 1 Year Individual Subscription, 1 Year Library Subscription, 1 Year Academic Department Subscription, 1 Year College Teaching & Learning Center Subscription or 1 Year College Faculty Association/Faculty Union Subscription