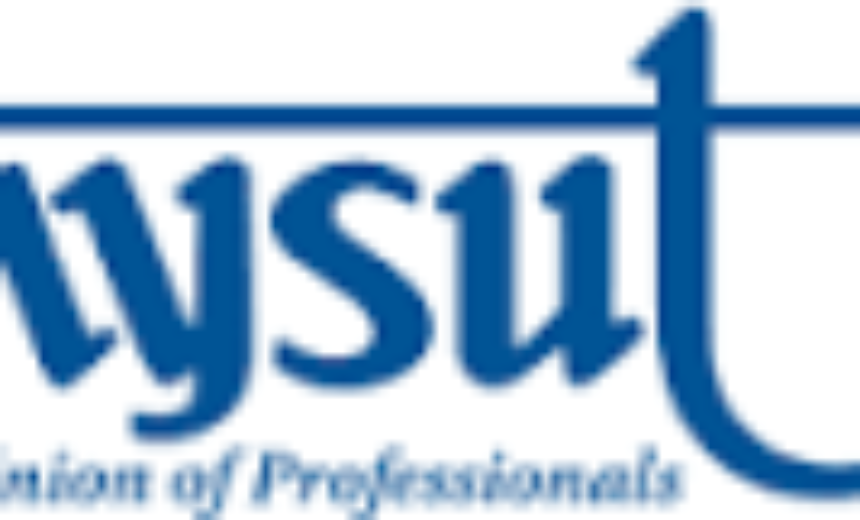 Call me naive, but I just don’t understand how university officials can be such, well, jerks. I suppose it’s my general faith in the goodness of humans that gets me into this spot every time. I had the same reaction when the president and his posse over at George Washington University did everything except claim insanity to keep from having to bargain a contract with the union formed by the 1,200 part-time faculty at the university affiliated with the SEIU union. Officials at GW protested, sued, appealed, stalled and generally acted like no one on campus understood labor law, much less taught the subject. And they did it for years. Yes, years.
Am I the only one who reads that, rolls my eyes, and mutters “WTF?” I think not.
So, here I am, once again, rolling my eyes and muttering “WTF!!” At Pace University, in New York, for the past three years, university officials have refused to bargain a first contract with the union, affiliated with NYSUT, and which represents about 1,000 part-time faculty members. I had this crazy idea that we all could help lend a bit of support to the Pace adjuncts. Let’s send our questions and messages of support right to the people in charge at Pace. Keep the messages clean, please; profanity is the mark of a limited vocabulary and stunted intelligence. But heck! Why not help out Pace’s part-timers by putting a little pressure on the right people?
A quick trip to the Pace website was very instructive. I popped into the “Pace in the News” page. As far as the dispute between administration and the part-timers union goes, evidently no news is good news. Maybe some of you could drop an email to Pace’s Executive Director of Public Relations, Chris Cory, and ask why there’s nothing about the union’s problems getting administrators to the bargaining table on the page. Nothing on the “Press Release” page either. Hmm….
While we’re at it, why not send along encouragement to Pace President Dr. Stephen J. Friedman urging him to get the right people to the bargaining table with the authority to really negotiate a first contract with the part-timer’s union?
I also think the state union with which the Pace adjuncts are affiliated is responsible for the fact that their members at Pace are being treated like dirt by their employer. NYSUT has 585,000 members, and the best leaders could do was to have Santa go to Pace to urge university officials to “show some respect” for the college’s unionists. NYSUT president Richard C. Iannuzzi needs to get serious. NYSUT is affiliated with both the American Federation of Teachers, as well as the National Education Association. That’s a powerhouse combination of over 3 million unionized teachers, folks.
According to NYSUT’s website: “Iannuzzi is a vice president of the American Federation of Teachers and vice president of the New York State AFL-CIO. He also serves as an AFT delegate to the national AFL-CIO and as co-chair of the New York State Labor-Religion Coalition. As NYSUT president, Iannuzzi heads the largest state federation in the AFT.” And the best Iannuzzi and NYSUT can do for its 1000 members at Pace is to send a guy in a Santa suit? Interestingly, there is absolutely no contact information for Iannuzzi on NYSUT’s website. Otherwise, I’d suggest sending him an email, as well. Evidently, that’s not how NYSUT works. There is no contact information for any of the NYSUT leaders.
WTF?!?