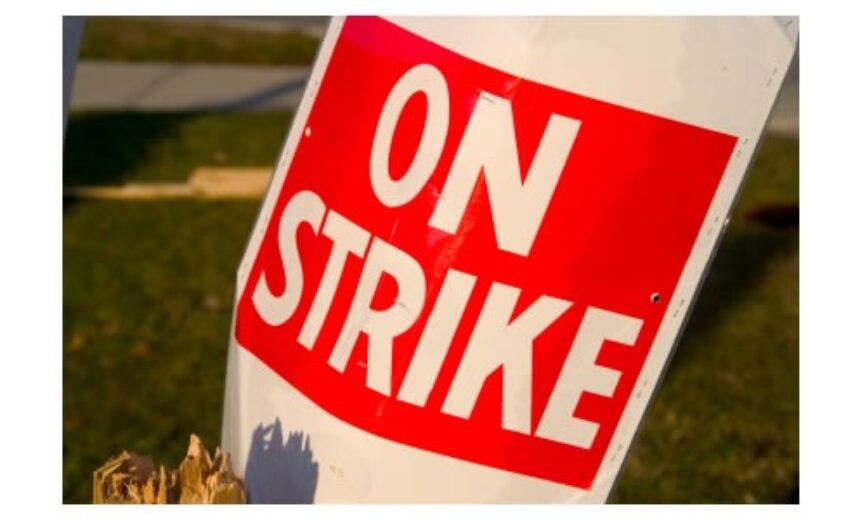 Part-time faculty at The New School (TNS) and Parsons School of Design have voted in favor of the tentative agreement negotiated between the ACT-UAW Local 7902 bargaining committee and TNS’s administration.

Some 97% of UAW members are in favor of the new contracts’ compensation, healthcare and workplace protection terms. “This new contract increases compensation significantly, protects health care benefits, and provides an administrative services payment that is given in recognition of administrative preparation prior to the beginning of a semester,” TNS boasts in its announcement of the ratified contract. “The contract is backdated from November 14, 2022 and runs through August 31, 2027. Several elements, such as pay raises, would be retroactive to the start of the fall 2022 semester.”

More than 1,300 part-time faculty had staged a walk-out in mid-November when their last contract with TNS expired. This led to a nearly month-long strike that only ended on Dec. 10––it’s set to go down as the longest adjunct faculty strike in U.S. history. But now that the contract has been ratified, notable lingering tensions remain between union members and TNS administration officials. The end of union negotiations should mean that all parties are able to move forward in working to benefit a business, but the TNS adjunct faculty strike brought some problems to the forefront that may take some time to be dealt with.

The strike action may have begun with little animosity, but as it dragged on, union members say they noticed that emails and videos sent out by the administration appeared to solely blame them for it continuing. Students and their families were nervous about grading for the semester, whether the strike could affect students who had taken out loans to pay for their education, and the ability of international students to maintain their visa eligibility to remain in the U.S. while studying.

Some students’ parents initiated a lawsuit against TNS and said they wanted to see a tuition refund. Parents claimed that online services and classes during the pandemic had not been of the same quality, yet there was no reduction in tuition fees. This strike was yet another blow to the quality of education students could receive. “The school is blaming the union, the union is blaming the school. We don’t care who is at fault,” Bev Dantz, the mother of a Parsons School of Design student, was quoted as saying. “This strike needs to end immediately. It is hurting the very kids who have already endured chaos and disruption in their learning for the past two years.

“The teaching is first-rate, but the administration has been questionable since the beginning, and this strike is uncovering huge cracks in the foundation.”

But negotiations, which had been going on for five months before the strike, had practically halted. Even with a mediator brought on to help, an agreement seemed far off. At one point in early December, TNS began looking into hiring strikebreakers who could at least help students finish off the fall semester.

“There was a lot of tension,” said one TNS adjunct faculty member who did not want to be identified. “I don’t think there was a lot of animosity coming from the part-time faculty in terms of finger-pointing at the administration. I think the frustration was that there was no need for this strike to happen in the first place…The union stated––and we all believed––that the reason why the school was stalling is that they wanted to break the union.”

One of the main sticking points was healthcare. Some 87% of TNS’s faculty are adjuncts. These workers bring experience and expertise to their teaching, and because their average age is in the mid-40s to early 50s, they also bring healthcare concerns. TNS had wanted to make cutbacks to its healthcare expenditures, but the union refused to budge on that issue.

TNS adjunct lecturer Dianca Potts, who is also a member of the UAW bargaining committee, said there is a degree of disappointment among TNS workers in the wake of the strike. “We are still moving through a lot of the missteps that other [TNS] administrators in power made––former presidents, former provosts,” she told the AmNews. “Now we have Dwight McBride as our president: I think that some of what he’s trying to do is trying to speak to some of those spots of lack of stability in the financial future for the school. But at the same time, I find it deeply frustrating that on one hand, he is like a premiere James Baldwin scholar, he’s very well-versed in his field—I’ve used his essays on Baldwin in my classes. And it was just super-exciting to kind of see a queer Black man in leadership at The New School. And yet he’s also a union-buster and that’s something that’s on the record, preceding his joining The New School community: He is someone who doesn’t believe that unions have a place in academia.”

The grumbling from the end of the TNS adjunct faculty strike is expected to carry on into the spring 23 semester, the anonymous union member added: “The balance of power has shifted. And this is, of course, this is what unions do, right? They shift the balance of power. But if I could just say something about unions. Unions are the engine of capitalism and if you pay your employees a good decent salary and you support them with healthcare and other benefits, then they will produce for you. But we have this sort of feudal mentality that’s been operating for about 30 to 40 years now, that only the people at the top should have all of the wheat in the castle and we just have to live on scraps. And that is just shifting now.”