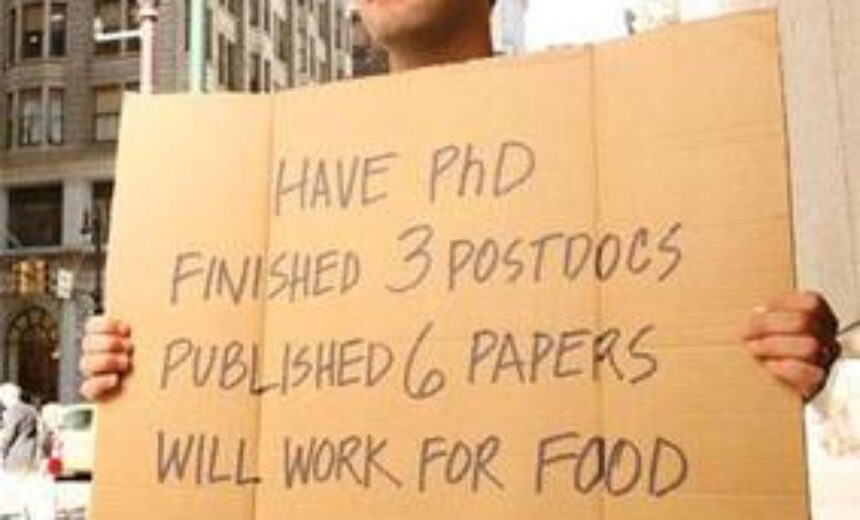 I have recently finished the last of my grading for the spring 2016 semester. The essays weren’t bad, all things considered, but I’m still drowning in anxiety for a different reason. Every summer term, I need to endure about eight weeks or so of having no income at all—hardly anyone signs up for freshman-level English courses during the first half of summer, so I am basically unemployed.

An immediate reaction might say, “Hey, you get all those weeks off! It’s like a vacation!” I suppose that’s true. Maybe I can go on a road trip or fly someplace exotic. Perhaps I should stay home, make myself comfortable, and work on my writing. Maybe I can even spend all these weeks doing nothing but play video games.

Oh, but wait, when last I checked, those in high-level career professions typically get paid vacation time so they can still survive while not at work. Despite my profession requiring at least a master’s degree, I am only paid on a course-by-course basis. If I do not or simply am unable to teach, I make no money. To make matters worse, since I’m on the books as an “adjunct” or “part-time” professor, I’m paid far, far less than a full-time professor, even without tenure, for the same work, amounting to a measly $2,250 per course for the whole semester. This past spring, I was only assigned one course. Essentially, I need to make that meager amount last from January until July.

Officially, I’m still an employee, just not one worth paying on a regular basis. Am I unemployed right now? I’m not sure, but I’m too proud to apply for unemployment. I’ve been conditioned to believe that handouts through unemployment benefits are just for those uneducated masses too lazy to work, who don’t bother going to college because they’re living the good life on welfare. Of course, that’s bullshit. Welfare is not enough to survive, and getting a good job usually requires a college education. Then again, even an advanced degree like mine yields nary more than a pittance with no benefits.

Therefore, what is the value of college? State governments cut funding while administrators raise tuition alongside their own pay, and those who provide the central function of academia are increasingly left questioning whether they can even afford to live. Each semester, I train another set of future professionals to improve their communication and interpretation skills so that they can survive in the real world, so they can thrive in their personal and professional pursuits, whatever those may be. However, here I am, unemployed yet again, right on schedule. If success is measured in steady employment and financial security after college, then I’m an ironic failure. My job is essentially to train my students to not be like me.

Will I have the usual two classes for the second half of summer? I have no idea. Adjuncts are usually in the precarious position of not knowing the nature of their employment until the week right before it happens. Even if I do, while making $4,500 in six-weeks is nice, the accelerated pace is inhuman. Last year, at the height of absolute stress from the never-ending flow of work—teaching for seven straight hours with just a 10-minute break on two days plus grading and planning for about 10 straight hours the other five—I actually contemplated suicide upon realizing that making a living, if it can be called that, in my dream profession (I love teaching college) was killing me.

You might say, “Just find a better job,” but since when was being a college professor not supposed to be a high-level, respectable job that pays a living? Furthermore, I have submitted plenty of employment applications over the past several months. I have not received a response from any. I’ve found that being a professor commands a high-level of respect outside of academia—so high, in fact, that I am overqualified for jobs that pay far more but require less education. As for getting a full-time job in higher education, even if I got a Ph.D, I would still be underqualified. Full-time positions are rare and are guaranteed to never be awarded to a mere 29-year-old adjunct when far more experienced professors are fighting to get in.

I submit my rent payment and I buy groceries, and I feel guilty. Should I really be spending any money on my own survival when I am incapable of earning it myself? Am I so worthless as an adult that I need my parents’ money to keep me alive, like a child? That’s what happens every summer, and even most of the rest of the year. I worked hard and I got an advanced education, but all the joy of summertime is gone knowing that my employer doesn’t value me enough to keep me alive.

This is the first of a series of short essays that I call “Death of an Adjunct.” This is not a suicide note—I have no intention of killing myself—but rather an examination of matters that are destroying a tremendous chunk of America’s intellectual population. When the most educated people have no voice and struggle to survive, when they are too busy wondering how to make their next rent payment that they can’t produce meaningful research or creative endeavors, the collective mind of humanity suffers. Great minds are dying just so bureaucrats can cut costs. This is my chronicle of the sins of higher education.