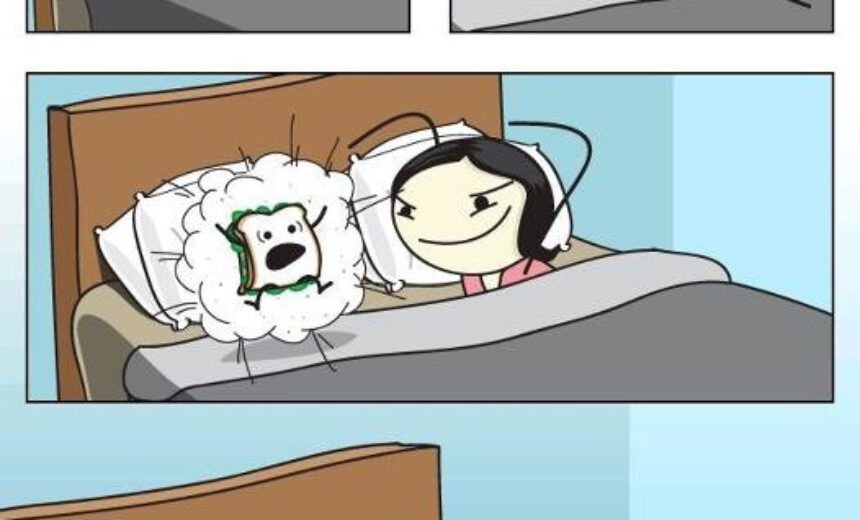 The phrase ‘Make me a sandwich’, which distills the age-old sexist stereotype that women belong in the kitchen, is something that I have found myself increasingly thinking about in the context of academia. More specifically, I have found myself thinking about where, in academia, the kitchen might lie, and who might be expected to be in it? Or, put another way: if we know that labour is gendered, and that certain forms of labour are coded as masculine – and are valorised as such – whereas other forms of labour are coded as feminine – and are devalued as such – then what does this mean for the constitution of labour in academia? What, in short, does it mean to make a sandwich, and who is being asked to make it?

Of course as an academic I know that it is published research, above all else, that constitutes the most valorised and rewarded form of labour: it is the necessary-if-not-sufficient precondition for appointments, promotions, raises, accolades, recognition. As a postdoctoral fellow I was advised by my mentor to remember three things: ‘publication, publication, publication.’ And a much-loved and very wise friend has advised me: ‘Don’t ever let your research slip; it’s the only currency you can spend’. She is absolutely right.

But where does that leave the sandwiches? Obviously I don’t mean actual sandwiches (although being a chubber I’m writing this imagining actual sandwiches). What I really mean by ‘making sandwiches’ is ‘engaging in feminised labour’ – and what I mean in turn by that is ‘engaging in labour that is devalued’. The simple fact is that undertaking research is constituted as a distinctly ‘non-sandwich making’ activity. Or, put another way, research is coded, and valued, as ‘real work’. It is, to stretch my metaphor to its very limits, the ‘husband work’ (i.e. the symbolically ‘paid’ work); it is the bring-home-the-bacon-work, if you will. It is just that the wives then have to make the bacon sandwiches. Teaching and admin, in contrast, are coded as the ‘wife work’ – that is, they are classified as not really being ‘work’ at all.

Let me instantly qualify this. Most academics love teaching, and see it as hugely important; indeed, many see it is the single most important aspect of what we do. Few academics love admin, but we recognise that it is an important (if not always entirely necessary) part of our jobs. But, if you ask any random academic (as I frequently do), then what we will tend to say is this: that, although teaching and admin take up nearly every moment of our working ‘slash’ waking lives, we spend every one of those moments with the horrible, sick sense that we are not doing our ‘proper’ work. Because our ‘proper’ work – or so the structures tell us – is to write. Writing is, in effect, constructed as the economically productive work (whereas teaching and admin are positioned as the socially reproductive work). And most academics do (desperately) want to write. We love it, indeed need to do it. It enhances our teaching, and helps us to engage with the ‘world outside’. It’s just that there are so many sandwiches to make that we have to squeeze in half an hour of writing at weekends. It is stressful to write a ground-breaking, 80,000 word book in a handful of evenings whilst simultaneously making a gazillion sandwiches.

So, where to go from here? Let’s start by acknowledging the sandwiches. Let’s apply feminist theories of social reproduction to academia. Let’s recognise that, behind every hyper-productive, superstar ‘husband’ in academia, there is a team of socially reproductive ‘wives’ whose labour is regarded asunexceptional and so is left uncelebrated. Let’s celebrate their labour (including, but not only, when it is done by men). Let’s ask probing questions about ‘Who cooked Adam Smith’s dinner?’ Let’s ensure a proper rotation of the domestic labour so that the consistently overburdened get a proper break. Let’s genuinely reward, not penalise, people for doing such labour. Let’s recognise supporting (and not just management) roles for promotion. Let’s never forget to thank the perpetual ‘good citizens’ but, conversely, let’s not thank them and then ask why they don’t publish more; the clue lies in the first part of this sentence. Let’s never (any of us) gobble up the sandwiches as if they have magically appeared in the fridge, and then ask the wives what they have been doing all day. And, most of all: let’s not address these issues by asking junior and/or female colleagues to make even more sandwiches. Whatever we do, let’s make sure that we all share the load.

[Note: Lest this post lands me in a (Branston) pickle, I should add that I’m not intending to trivialise what is, in fact, a serious point: that academic labour is practiced and valued in ways that I see as profoundly gendered. Rather, I see parody itself as a ‘serious’ form of political expression. The post is also meant as a critique not of particular individuals or institutions but rather of the cultures and discourses in academia that denigrate what are, in reality, crucially important forms of labour upon which we all depend].