When Is One More Chance One More Too Many? Student Excuses 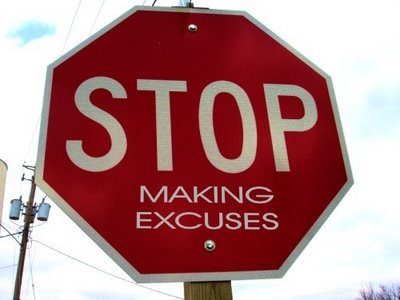 Given that classes during winter sessions are so short, missing a class or two can mean failing the class. Currently at LaGuardia, my students and I have only two months together in which to answer to What is Literature? Every class is fast-paced and new material is presented. Given the time frame, the students are very aware of their absences and when they are absent they make sure to send me elaborate excuses as to where, why and what of their absence. Nowadays a simply excuse is no longer presented to professors. In the hopes to be excused from class, students will bring in pages of paperwork (from doctors to their mothers) as well as long arduous narratives that involve personal information I question if I really need. When does a student share too much? And what do I do with the information?

I was finishing up some paperwork when I overheard two adjuncts discussing an email one of them received as a reason for the student’s absence. Apparently, the note went into detail about the student’s financial struggles, job search as well as the physical and emotional stress of living from paycheck-to-paycheck. Now, these stories don’t fall on deaf ears. I, like many Freeway Flyers, understand what it means to be strapped for cash or not know if the class scheduled for the summer will run or not, however, do the students need to tell us so much of their personal lives for us to excuse an absence?

In another case, a colleague of mine received not only a long and detailed e-mail of explanation from his student, but also one from the student’s mother and copies of doctor’s notes etc…. The adjunct is at a crossroads; given the student’s absences, missing assignments, and the policy of the school, he has grounds for failing her. It’s not like he hasn’t given her chances (she’s been given extensions and allowed for time to be made up), but when does he stop giving her chances and explain to her that she hasn’t fulfilled her part of the professor-student bargain? If he does fail her, he becomes insensitive. Worse case scenario, she might feel like her professor is not helping and drop out of school.  At least that what we’ve been trained to assume. At the end of the day, we are asked to keep students enrolled, which means accepting their excuses…and it seems, the longer and more heart-wrenching the story, the easier it is to pass the class.

We are no longer weeding through real excuses and fake ones, but rather trying to figure out how to be fair to students with extenuating circumstances while keeping order in the classroom. I, myself, have been placed in the awkward position of giving a student an extension after she came in tears about a person problem. With extensions and excuses, she passed the class, but now she has returned to join my newest class and I fear that she might (as is already demonstrating with emails/notes) that another crisis is on the horizon and I should excuse her of her classroom duties as a student.

No one can control what happens during the semester. Trouble and tragedy can occur at any moment. At the end of Spring 2011, I had to fly to Puerto Rico during finals week for my Abuela’s funeral. I, like most faculty, understand what it means to struggle and to deal with the curve balls thrown at us. However, only my direct boss was privy to that information and even then the note was quick, to the point and accepting of any consequences/work I needed to make up or face. Many of our students believe that with a sad story they are free from doing their assignments. They can earn a grade by caring for their ill family member or for dealing with court hearings, or dealing with a bad relationship. At the end of the day, have they grown accustomed to their professor being overly sensitive tot heir troubles?

There is no clear cut answer to how we should deal with these excuses, but it is an issue that needs to be looked into and discussed amongst our colleagues. Perhaps, students with such extenuating circumstances need to be sent to counseling center of the department chair for evaluation, so that the school can provide an alternatives in proceeding with the semester. Perhaps as faculty, we must simply give the students extensions and understanding because we are all human and we all have rough spots in our lives.

What are your thoughts? I’m interested in how you all deal with so many elaborate excuses.

About the Freeway Flyer: Jenny Ortiz is a quite serious 25 year old New Yorker, except when unicorns (specifically chubby unicorns) are involved. When she isn’t pleading with Kurt Sutter via Twitter to be her mentor, she is teaching at St. John’s University, Adelphi University, and LaGuardia Community College (see, quite serious). When she isn’t teaching, she’s hanging out with her friends showing off  earth and water bending skills (not serious, but super fun).  When she is alone and it’s raining, she likes to read Haruki Murakami, or listen to the Broken Bells and daydream.  If you want to be a fan, you can read Jenny’s work on fictionatwork.com, Blink-ink.com, Jersey Devil Press, dogeatcrow.com, Break Water Review,Stone Highway Review, Eighty Percent Magazine and InkSpill Magazine…or you can follow her on Twitter: twitter.com/jnylynn.

Part-Timers Teach the Majority of Courses & Earn Peanuts. So Why Is Higher Ed. So Expensive?

In Online Courses, Lecturer and Student Relationships Matter Even More