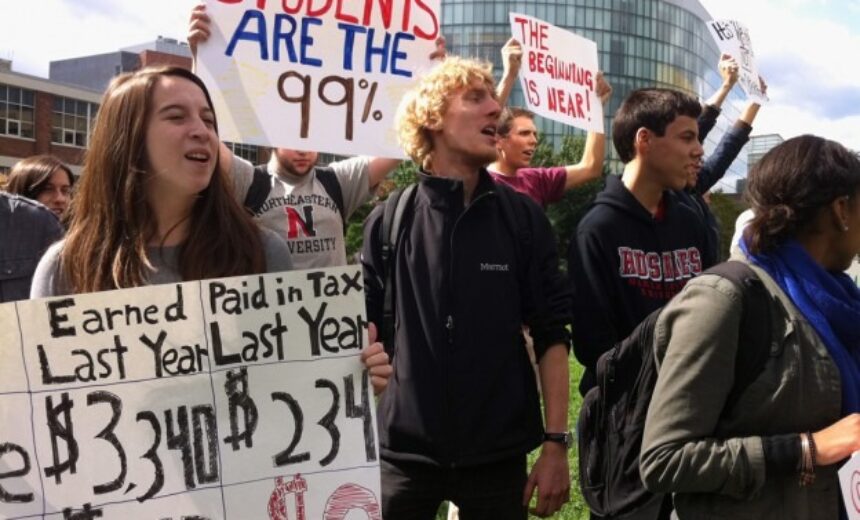 by Henry A. Giroux In both the United States and  many other countries, students are protesting against rising tuition fees, the increasing financial burdens they are forced to assume, and the primacy of market models in shaping higher education while emphasizing private benefits to individuals and the economy. Many students view these policies and for-profit industries as part of an assault on not just the public character of the university but also as an attack on civic society and their future. For many young people in the Occupy movement, higher education has defaulted on its promise to provide them with […]
This article is only available to subscribers. If you're a subscriber, log in. To subscribe, choose the subscription that suits your needs: 1 Year Individual Subscription, 1 Year Library Subscription, 1 Year Academic Department Subscription, 1 Year College Teaching & Learning Center Subscription or 1 Year College Faculty Association/Faculty Union Subscription
Occupy College Campuses, Occupy Wall Street, protest, William Greider