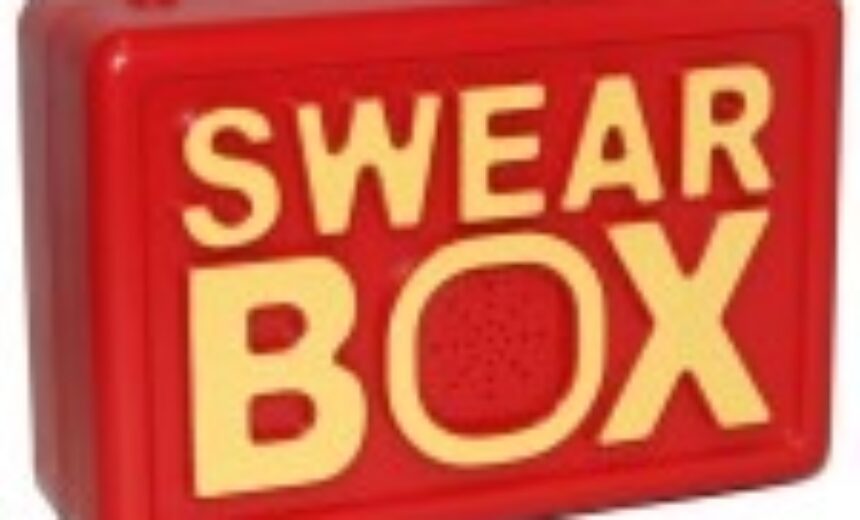 I really try not to swear in class. Many of my students have been gently raised and believe that authority figures should behave with decorum and set a @#*$!^& example. These students are usually recognizable by their insistence on calling me ma’am. Every time they ma’am me, of course, I get another decade older, but I try to be understanding. And my sped-up aging isn’t really their problem; they mean well.

I am also lucky enough to have an enormous age-span of students. This means that any given semester I’ll have 15- to 60-year-olds smiling up at me across the desktops. Yes, I said 15. In fact, this semester I have two 15-year-olds in my Death class as part of that college’s Middle College program.

I’ve caught already caught myself dropping “s-bombs.” When this happens I see their beautiful, round, rosy cheeks flush. Then their bejeweled hands come up and cover their giggling mouths. I apologize each time and one or the other of them reassures me: “It’s okay, Ma’am, that isn’t the worst thing we’ve heard today.” The 55+year-olds are usually less forgiving.

Many of my colleagues in the public Community College system choose to take the high ground and not use any foul language in the classroom. Not all of them, though. Last semester in one of my writing classes a student shared with me her frustration in dealing with a member of the full-time faculty. This instructor regularly swore in class and she was hugely offended by it. I won’t use the actual terms here because I don’t want to immortalize my own comfort and capabilities with swearing, but let’s just say that her worst issue was when he impugned another student’s parentage. She worked through all of the appropriate channels to get this instructor dealt with in some way, but to little avail.

While I feel badly for students who are forced to listen to language that they find offensive, I am also a big proponent of my own and other instructors’ free speech. Yes, it’s more and more difficult for students to get the classes they need, but they aren’t being chained down in any particular classroom. That word “forced” becomes subjective, and relative, at best. Back in 2006, History teacher Stephen E. Williams was let go from his untenured job at Harrisburg Area Community College in Lancaster, Pa and he didn’t, I’m sure, feel it was relative.

In response to this, Chip McCorkle wrote, for The Daily Princtonian: “Students speak freely at Princeton, and faculty who use obscenities in class are not questioned. Attitudes are accepting of the diversity of speech and, as outlined in the “Rights, Rules, Responsibilities” booklet given to all members of the University community, University policy protects freedom of speech.” But is that really true? Maybe at Princeton-circa-2006, but last December at Hawaii Community College a “blue” philosophy instructor was let go.

This cursing situation, though, goes both ways. As I said, my students tend to be very mannered and respectful, and I am the usually the worst offender in the classroom. But that isn’t always the case. As recently as last May, USA Today offered an article about students being fined for swearing by Hinds Community College. I was rather shocked by this policy because, well, it’s college not high school.

Where do we draw the line on academic freedom and free speech, though? Isn’t it strange that (at least at my school) if I had tenure it would all right for me to use even the most foul language but I am cautioned to be careful about announcing my political or religious affiliations? No one has said anything officially, but I did have an interesting conversation with a colleague when I first started about this subject. Sometimes I teach Religious Studies and students always seem to want to know my faith. And in my Argument class they want to know my politics. I do share these things, but with the caveat that they certainly don’t need to agree with me on anything, and that I would never grade them according to my beliefs.

Some in our field consider it academic freedom (for students and faculty); some consider it a level of professionalism and decorum. Maybe, though, it’s all just a @#*$!^& boondoggle?