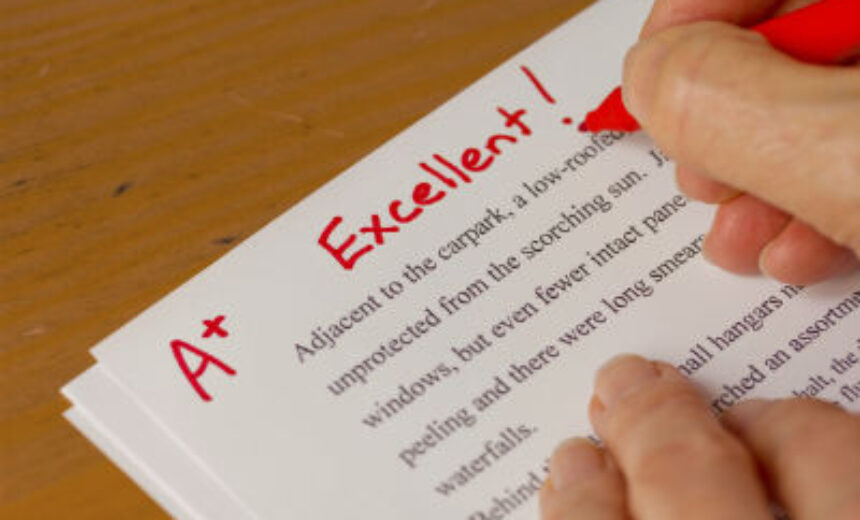 It’s finals week. My college-attending daughters are running around like coffee-addicted wind-up toys. My husband is beyond stressed. I am quivering in the corner, muttering over stacks of ungraded assignments. Deadlines loom large. In addition to the regular stuff, I am also working on Student Learning Outcomes at both of my colleges. The SLO work has my husband uncharacteristically heading to the pub to shoot pool with another Adjunct Prof tomorrow night.

We’re not alone, I know. All of our professorial friends are in self-imposed lockdowns trying to grade that last flurry of papers, quizzes, make-up work, projects, and speeches. But it’s only a lockdown of sorts. Like me, every 30 minutes or so, someone posts a status update on Facebook, Tweets a complaint, or shares a particularly hilarious (to us anyway) student response.

Ok. Most of this stuff is only funny to insiders like us. I know. But come on. Which would you rather do, grade quizzes or trawl for friends on Facebook? I thought so.

If you need a break from all that grading, and you just can’t do anything else on FB’s Farmville, head over to CollegeMisery.com. Motor City Mitch writes, “God Bless The International Students,” from December 8, 2010. His story involves a student who switches the word “gay” for “guy.” I know, it’s unprofessional to laugh at our students. Together now: I say, “gay” for “guy.” You say, “Hahahaha.”

In one of my World Religion classes a few years ago, I had a student say and write “salivation” instead of “salvation.” Though no one else in class seemed to find the humor in this, I broke up every time. I’m not proud of this, but I will admit it openly here. By the way, the stack of essays I just finished (at 3:23 AM) had seven “defiantly” infractions; one student put “just sayin'” in her conclusion; and I counted (so far) three uses of “u” instead of “you.”

On November 29th, I blogged specifically about spelling errors and typos. I received both public and private messages in which many of you told me you face similar problems, and largely due to cell phone “T9 Word” mistakes. (These are also called “Swypo” and “multi-tap errors,” according to the UrbanDictionary.com). For techno-tards: T9 is the function in your phone (I have mine turned off.) that allows you to finger-type numbers and a word suggestion will pop up for you. Sometimes words share number combinations, though, and the result is hilarious. Here’s a pretty raucous forum discussion on RoosterTeeth.com.

Just this morning I was just trying to decipher a series of texts from a friend where his T9 Word made this especially strange sentence: “cheese for you to day.” Translation: “easy for you to say.” (He has some custom words added, so the weirdness may be only his specific phone. Maybe.) Others are far less recognizable. Things like “mother” becomes “movie,” and “don’t” becomes “foot.” Back in 2004 a blogger named Cameron Marlow wrote about the rather Freudian-slip quality of some of these T9 sentences. How, exactly, the T9 errors translate into essay and quiz mistakes, despite Marlow’s invoking Freud, still eludes me.

Whatever the reason for the mistakes, it’s the giddiness that results from sharing them that, I believe, helps us keep our sanity.

Do you have any funny word swap stories? Any grading nightmares? I’m all ears, since I can’t leave my home-office. At least until I get all of the grades posted.

About the Juggler: Kat Kiefer-Newman currently teaches as an adjunct instructor at two colleges in two different departments. In addition to her busy working (and driving) schedule she attends conferences presenting her research, is in the last stages of finishing her Ph.D., takes care of her elderly father, has recently packed up and sent off to college her second daughter, chats in status updates with her students on Facebook, does not hand out her cell phone number to said students despite their pleadings, and in her spare time she plays in her organic veggie garden. (And though she will never admit it, she also enjoys reading trashy vampire novels.)