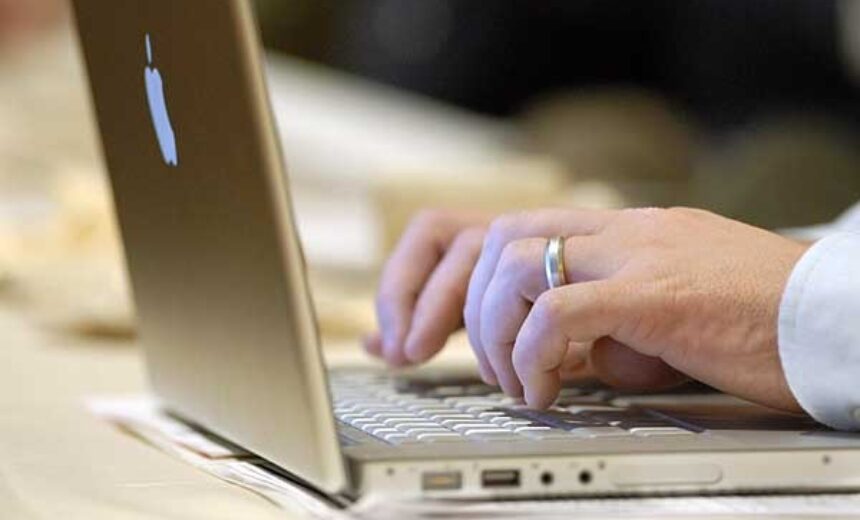 “Cannot you see, cannot all you lecturers see, that it is we that are dying, and that down here the only thing that really lives is the Machine? […] It has robbed us of the sense of space and of the sense of touch, it has blurred every human relation […]. The Machine develops — but not on our lines. The Machine proceeds — but not to our goal. We only exist as the blood corpuscles that course through its arteries, and if it could work without us, it would let us die.” —Kuno, quoted in E.M. Forster’s “The Machine Stops” (1909)

“Within 30 years, we will have the means to create superhuman intelligence. Shortly after, the human era will be ended.” —Vernor Vinge, in “The Coming Technological Singularity” (1993; quoted in Lev Grossman’s article about man and the machine)

The computer has won on Jeopardy! Catholic priests have been replaced by an iPhone app! Initiate the “techno-Rapture”! All hail, the Machine! (And let me be the first to ask Master Computer, “Can I clean yer cache fer ya, m’lord?”)

When I was a kid, I loved the original Star Wars trilogy, which was a somewhat messy, wild west view of the future, the technology less important (and certainly less reliable) than the characters with their messy, human emotions (even C-3PO). As an adult, what I found so unsatisfying about the newer series of films was that George Lucas seemed to be defeated by his own industry of Light & Magic: the technology getting in the way of anything else. When I am using technology in my own classroom, I am ever wary of the phantom menace: mindful that the Machine must enhance the human experience; it cannot be allowed to Jar-Jar-up what already works.

In middle school, I watched Star Trek: The Next Generation with some devotion. The Star Trek universe has always seemed the more utopian (and the one more sterile; I don’t think dust exists in the reality of Star Trek, nor do bathrooms). In Star Trek, the machines work for us still, still want to be like us even. Even the android character Data struggles to be human or at least to figure out what it means to be human during most of the Next Generation series. And, for now, as Ken Jennings mentions in his piece and Brian Christian notes in “Mind vs. Machine,” to be almost human or human-like is the greatest compliment that can be paid to a computer. Christian even writes, “We forget how impressive we are. Computers are reminding us.”

Christian, himself, also reminds us, as he writes about participating in the Turing Test, that the word computer first applied to humans, as in one who computes or performs “calculations and numerical analysis.” He goes on to write in his piece that the phrase “digital computer” — in contrast to “human computer” — has, of course, become the dominant term; the “digital” qualifier now redundant. Christian: “In the 21st century, it is the human math whiz who is ‘like a computer.’ It’s an odd twist: we’re like the thing that used to be like us.” How many more professions can the computer do better than us? (And where is that computer program come to grade these papers?)

In Lev Grossman’s recent Time magazine cover story (“2045: The Year Man Becomes Immortal”), he looks even further ahead to a time when man and the machine have merged into an immortal super-consciousness. (Christian references this event, known as “The Singularity,” in his article as well.) Will that be the end of the competition between humans and machines — when humans at last will become machines? And who will have won then? Some of my students think that technology will save us: that geo-engineering will salvage the Earth and that Google will liberate them from having to memorize facts. My students grew up with the popular Internet search engine Ask Jeeves; they are used to thinking of computers as the butler. I have read enough trite murder mysteries to know that, when the dinner party host ends up dead, the butler is usually the prime suspect. (Thus, I remain suspicious of you, ASCII Jeeves.)

At the same time, I teach online, and, as a consumer as well as a keeper of culture, have access to more books and music and movies from home than could ever have been possible before. “Another song like this one, Jeeves!” — and a site like Pandora will happily oblige me. There is a cache of books that have been cataloged in an online Alexandria that not even the Greeks could have fathomed; the Internet — a nerd’s paradise!

Last summer, during periods of intense heat and high demand, there were a few times when my small apartment lost power for a few hours. I would sit out on my back deck and listen to the neighbors complain, their children released from the glare of computer and television screens, set about to run wild in the streets and back alleys. At first, one gets the “thumb shakes” — after the cell phone dies and there is no way to charge it. But then — what bliss! For now, at least, I know that we rely on the machines to make our lives better, but are still in control of the power switch: we can unplug ourselves whenever we want, even if it gets harder and harder each time. I told my online students that I was taking off for president’s weekend; in truth, I wasn’t going anywhere, but I needed them to know that I wasn’t going to be logging on to Blackboard for a few days. “Take the weekend off, Jeeves,” as I tuck into a paperback made of paper.

For this book was once technology too, we know.

This, too, came from the machine.

And if super-computers take over the world and melt us all down to use as grease to oil their nuts and bolts, I want to believe that they will still keep all those songs and movies and books, will keep them eternally; will gather them into the artifice of eternity.

Or at least until the next great fire.

About the Teacher in Pajamas: Rich Russell received a B.A. in English from New York University, an M.S. in Teaching from The New School, and an M.A. in English from University College London. He currently teaches composition, literature, and creative writing classes (both online and in person) at Atlantic Cape Community College and The Richard Stockton College of New Jersey. He received the Adjunct Faculty Award for Teaching Excellence from Atlantic Cape in 2010.