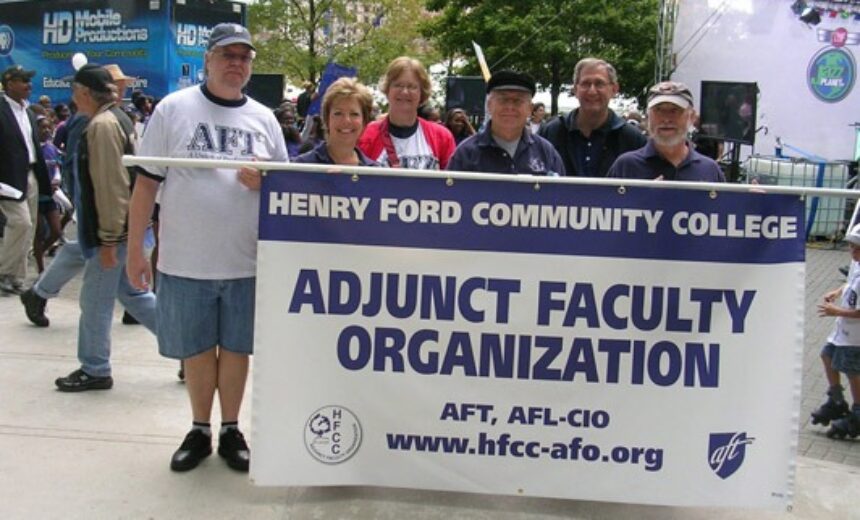 by Marjorie Lynn Bill Norris had had enough. Finally, in early summer of 2007, he became fed up with the situation of so many of the adjunct faculty and approached the American Federation of Teachers-Michigan, AFL-CIO to begin the process of organizing almost 600 part-time faculty at Henry Ford Community College in Dearborn, MI. Aided by John MacDonald, the President of the HFCC-FT Local 1650 (the full-time faculty union) and by the AFT, the HFCC-AFO (Adjunct Faculty Organization) began holding meetings to gauge interest in unionizing. Plenty of it was found. Indeed, from those initial meetings in the summer, through […]
This article is only available to subscribers. If you're a subscriber, log in. To subscribe, choose the subscription that suits your needs: 1 Year Individual Subscription, 1 Year Library Subscription, 1 Year Academic Department Subscription, 1 Year College Teaching & Learning Center Subscription or 1 Year College Faculty Association/Faculty Union Subscription