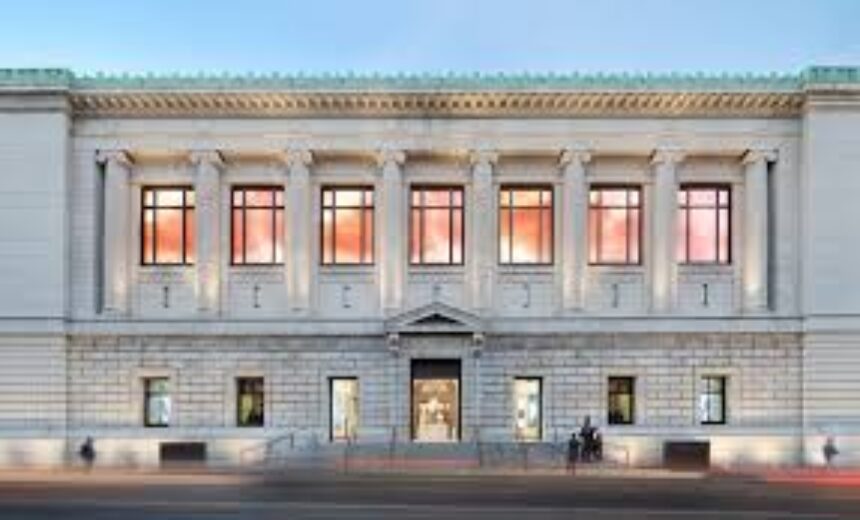 The New-York Historical Society is now accepting applications for its prestigious fellowship program for the 2021–2022 academic year. Leveraging its rich collections that detail American history through the lens of New York City, New-York Historical’s fellowships are open to scholars at various times during their academic careers and provides them with the resources and community to develop new research and publications that illuminate complex issues of the past.

Andrew W. Mellon Foundation Predoctoral Awards in Women’s History
The two recipients of the Andrew W. Mellon Foundation Predoctoral Awards in Women’s History should have a strong interest in women’s and public history and the applications of these fields outside the academy. Functioning as research associates and providing programmatic support for New-York Historical’s Center for Women’s History, pre-doctoral awardees will assist in the development of content for women’s history exhibitions, associated educational curriculum, and on-site experiences for students, scholars, and visitors. They must be currently enrolled students in good standing in a relevant PhD program in the humanities. The Predoctoral Awardees, whose work at New-York Historical may not directly correspond with their dissertation research, will be in residence part time at New-York Historical for one academic year, between September 8, 2021, and August 26, 2022, and will receive a stipend of $20,000 per year. This position is not full time and will not receive full benefits.

Andrew W. Mellon Foundation Postdoctoral Fellowship in Women’s History and Public History
Hired for a two-year term, one Mellon Fellow works as a public historian for New-York Historical’s Center for Women’s History. The ideal candidate will have a strong scholarly background in women’s history and an interest in public history. The Mellon Postdoctoral Fellow will help build the interpretive and pedagogical aspects of the Center’s programming, and will be deputized with managing certain projects independently. Among the position’s responsibilities are: serving as editor-in-chief of the regular “Women at the Center” blog; working on exhibitions in development; coordinating the annual Diane and Adam E. Max Conference in Women’s History; brainstorming ideas for public programs; and representing the Center in interdepartmental projects, including consulting on K-12 curricula with the education department. Applicants for the Mellon Postdoctoral Fellowship must have the PhD in hand by the time of appointment. This fellowship will last from September 8, 2021 through August 31, 2023, and will receive a stipend of $60,000 per year, with benefits. Application deadline: March 6, 2021.

Helen and Robert Appel Fellowship in History and Technology
The fellowship will be awarded to a candidate who has earned their PhD no later than 2020. Research projects should be based on the collections of New-York Historical and explore the impact of technology on history. The fellowship will carry a stipend of $60,000, plus benefits; it begins September 8, 2021 and lasts through June 30, 2022.

National Endowment for the Humanities Fellowship
One fellowship for the length of a single year is supported by the National Endowment for the Humanities for the sake of research at New-York Historical. The fellowship is available to individuals who have completed their formal professional training and have received their final degree or certificate by 2020. They should have a strong record of accomplishment within their field. There is no restriction relating to age or academic status of applicants. Foreign nationals are eligible to apply if they have lived in the United States for at least three years immediately preceding the application deadline. The ten-month residency will carry a stipend of $50,000, plus benefits. This fellowship will begin September 8, 2021 and will end June 30, 2022.

Robert David Lion Gardiner Foundation / Andrew W. Mellon Foundation Fellowship
This fellowship will be awarded a candidate who has earned their PhD no later than 2020. Research projects should expand public understanding of New York State history and should include research based on the collections and resources of New-York Historical. This ten-month residency will carry a stipend of $60,000, plus benefits; it begins September 8, 2021 and lasts through June 30, 2022.

Short Term Fellowships
Several short term fellowships will be awarded to scholars at any academic level working in the library collections of the New-York Historical Society. Research is to be conducted for two to four weeks for a stipend of between $2,000. The fellowship period will begin July 1, 2021 and end June 30, 2022.

Fellowships at the New-York Historical Society are made possible through the generous endowments of the Andrew W. Mellon Foundation, Robert David Lion Gardiner Foundation, and Helen and Robert Appel. Major support for fellowships is provided by Bernard L. Schwartz and the Lehrman Institute. All fellows receive research stipends while in residency. Short term fellowships are made possible by support from the Society of Colonial Wars, Helen and Robert Appel, Sid Lapidus, Pam Schafler, Society of Daughters of Holland Dames, Richard Brown and Mary Jo Otsea, Patricia D. Klingenstein, Causeries du Lundi, the Peck Stacpoole Foundation, and the Pine Tree Foundation of New York.

New-York Historical is also pleased to announce fellows now in residence during the 2020–2021 academic year. This year’s fellows are:

Helen and Robert Appel Fellow in Technology and Society
In his well-crafted research proposal, “Seeds and the State: The Politics of Plant Biotechnology and Agricultural Experimentation in New York, 1839-1862,” Dr. Brenden Cooper (PhD CUNY, 2018) proposes to tackle a fundamental question: how did science and technology come to dominate agriculture in 19th-century America? Given the scale, the centrality, the rapid development, and the spread of agriculture in America, these are not small questions. The creation of the Department of Agriculture by Lincoln in 1862 is the outgrowth of increasing involvement of the state in the promotion of agricultural innovation that occurred following the Panic of 1837. What Dr. Cooper proposes to investigate is how a variety of private and public organizations came together to transform agriculture into a dynamic contributor to the U.S. economy in the 19th century. New York is at the forefront of these movements, and the collections of New-York Historical offer a rich menu of source material for Dr. Cooper’s research.

Robert David Lion Gardiner Foundation Fellow
In “Erie and East: How the Canal Transformed the River’s Urban Life,” Dr. Andrea Marpillero-Colomina (PhD The New School, 2019) lays out a project that will document the ways in which the waterfront in Brooklyn and Queens was shaped by the completion of the Erie Canal and the impact of the Canal on the development of the waterfront along the east shore of what became known as the East River. In fact, the East River is not a river at all but a tidal estuary that was dangerous to navigate in the 17th and 18th centuries. The Erie Canal, however, changed the dynamics of the eastern shore. Before long it became the site of rapid industrialization, with sugar refineries, breweries, and large-scale manufacturing increasing defining the waterfront. Dr. Marpillero-Colomina brings to her task not only training in history but a background in urban planning and public policy. She will be writing, in effect, a geopolitical, geospatial history of the East River that will offer us an entirely new set of perspectives on a waterfront that is still being transformed today.

National Endowment for the Humanities Fellow
An assistant professor at Columbia University, Dr. Hannah Atlee Farber studies early American history, with an emphasis on economic and business history. In 2021, the Omohundro Institute at the College of William and Mary will publish her book on “underwritten states,” looking at the role of marine insurance in the evolution of the early American polity. Her work as the NEH Fellow will explore two topics touched on in that book. The first concerns interest rates in the early Republic. Her project will encompass both elites at the top and more ordinary Americans such as renters and tenant farmers, who could be seriously impacted by interest rates. Dr. Farber’s second project will focus on the ways in which commercial ephemera were embellished with marks, stamps, seals, letters, etc. This multidisciplinary inquiry will draw on rich source material in New-York Historical’s collections. Dr. Farber’s investigations here promise to be provocative and enlightening.

Andrew W. Mellon Postdoctoral Fellow in Women’s History & Public History, 2019-21
Anna K. Danziger Halperin (PhD Columbia, 2018) is a lecturer in the department of history at Columbia University. Professor Halperin completed her doctorate in history at Columbia University in 2018, focusing on comparative social policy, gender, and childhood. She has previously taught at Columbia University and St. Joseph’s College, Brooklyn. Her dissertation, Education or Welfare? American and British Child Care Policy, 1965-2004, analyzed childcare policies in the turn to neoliberalism in both the U.S. and Britain. She is currently revising the manuscript for publication, and her research has been published in Twentieth Century British History and Signs.

Andrew W. Mellon Predoctoral Awardees in Women’s History & Public History, 2020-21
Tracey Johnson is a doctoral candidate in history at Rutgers University-New Brunswick. Her dissertation, Carving out a Space for Themselves: Black Artists in New York City, 1939-1989, explores one of the most important arenas of Black cultural activism in postwar America: the New York metropolitan area. There, a select group of local artists across two generations democratized artistic practice through their work as arts educators in schools, prisons, community museums, and neighborhoods. Johnson received a BA in History from the College of William & Mary.

Brenann E. Sutter is a doctoral candidate in history at Rutgers University-New Brunswick, specializing in women and gender. Her dissertation project, Consuming the Centerfold: Sexuality and the Fantasy of the American Good Life, is an intersectional analysis of the American sexual revolution in the second half of the 20th century. A graduate of the University of California, San Diego La Jolla, Sutter also holds an MA in History from New York University.

ABOUT NEW-YORK HISTORICAL SOCIETY
The New-York Historical Society, one of America’s preeminent culturalinstitutions, is dedicated to fostering research and presenting history and art exhibitions and public programs that reveal the dynamism of history and its influence on the world of today. Founded in 1804, New-York Historical has a mission to explore the richly layered history of New York City and State and the country, and to serve as a national forum for the discussion of issues surrounding the making and meaning of history. New-York Historical is also home to the Patricia D. Klingenstein Library—one of only 20 members of the Independent Research Libraries Association. It is one of the oldest, most distinguished libraries in the nation, containing more than 10 million manuscripts, books, maps, atlases, newspapers, broadsides, music sheets, prints, photographs, and architectural drawings. Visit nyhistory.org and follow New-York Historical on social media at @nyhistory on Facebook, Twitter, Instagram, YouTube, and Tumblr.