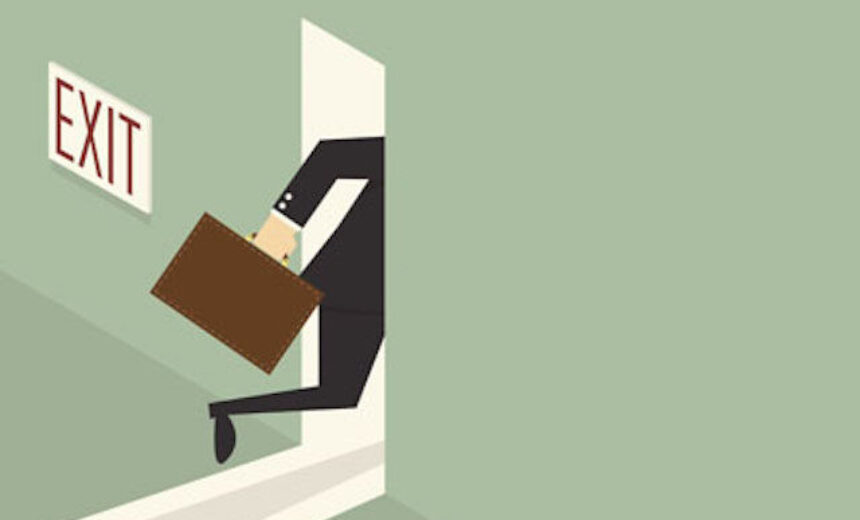 Susan Harper works at the University of North Texas at Dallas. She commented on Facebook in response to the question: “I would and I did. I first left for a job in publishing, which was a nightmare. Then I did some editing on a contract basis, which was fun. Now I’m in Student Affairs, back in the university setting.”

M.T. Hall is a Navy veteran who holds a Master’s degree in Military History from Norwich University. She teaches at St. Mary’s College of Maryland. She commented on Facebook: “I began teaching as an adjunct when I was 24. Two other careers and almost 40 years later, teaching is what I do for my mental health. I’d go nuts without it. I love my students and like my colleagues. But almost all schools still need to step up to the plate on pay and benefits. My niece who stocks at Costco makes more than I do.”

Allison L. Kramer, Gene W. Gloeckner and Daniel Jacoby published a 2014 study that looked at part-time faculty job satisfaction in community colleges. “Roads Scholars: Part-Time Faculty Job Satisfaction in Community Colleges” analyzed data collected for the 1992-1993 National Survey of Postsecondary Faculty by the National Center for Education Statistics. The 1992-1993 NCES survey asked part-time faculty if they were “satisfied with their roles in higher education.” Kramer, Gloeckner and Jacoby’s analyses of the NCES data “concluded two-year part-time faculty members are satisfied with their roles, but they are concerned with issues regarding salary, benefits, and long-term job security.”

The results of two previous studies contradicted the findings published by Kramer, Gloeckner and Jacoby. In 2002, the American Historical Association and the Organization of American Historians conducted a survey of part-time and adjunct faculty. Authors Robert Townsend and Miriam Hauss write, “[A] sense of growing despair about poor work conditions, absent collegiality, and the possibility of being relegated to a permanent underclass in the profession pervades the responses to a recent survey of part-time and adjunct history faculty.” This survey received 276 responses, with 256 responses from historians employed as adjuncts or part-timers.

Sixty-seven percent of the AHA-OAH survey respondents reported that they worked part-time because they were unable to find full-time work. “Often the part-time jobs are taken out of sheer necessity,” reported Townsend and Hauss. This suggests an explanation why such a large percentage of AdjunctNation.com respondents said they would abandon part-time teaching if a job opportunity were to arise outside of Academia. Little has changed with respect to working conditions in the almost two decades since the AHA-OAH survey was published. Townsend and Hauss reported that, “Regardless of their degree status, a number of the respondents complained of being relegated to ‘second-class status,’ attributing this to academic elitism. One part-timer reported that, ‘once you [have] become an adjunct, you are damaged goods—no one wants [to hire] the profession’s leftovers.’ ”

Eleven years later, the crowdsourced, self-reported information from the Adjunct Project reported average per course pay for adjuncts of $2,987. Adjunct professors earned a median of $2,700 per semester-long class during the 2012-13 academic year, according to an AAUP survey of thousands of part-time faculty members. A March 2015 survey conducted by Pacific Standard reported that among nearly 500 adjuncts found that a majority earn less than $20,000 a year from teaching.

Susan Endicott has a degree in Interfaith Studies from the Episcopal Divinity School. She taught part-time at Emerson College in Massachusetts and says she left “adjuncting to teach 8th grade public school, for the benefits and salary. Most money I’ve ever made. Really hard work! Love academia, but you need a trust fund to survive.”

A September 24, 2015 article by Laura McKenna and published by the Atlantic Monthly reported on the cost to the American public for the low wages paid to adjunct faculty. McKenna writes, “A recent UC Berkeley report, ‘The High Public Cost of Low Wages,’ found that a quarter of all part-time college faculty receive public assistance, such as Medicaid or food stamps. Indeed, as a widely cited Salon article reported last year, many adjuncts earn less than the federal minimum wage.”

Regardless of the low pay and challenges, there are part-time faculty who would stick with teaching even if they had other job opportunities. Kathy Meyer teaches in California. She said, “I’d probably leave for the right opportunity, but would want to teach a night class just because I love it so much. I did try to leave, but even in this supposed great job market, no one wants to hire an older woman with old job skills.”

An AdjunctNation Twitter follower said in response to the survey question, “The opportunities are there. It may require some spin, lots of job hunting, and for certain peeps some additional school if they have a questionable degree, but it [finding teaching work] can be done.”

Another explanation, perhaps, for why such a large percentage of adjunct faculty would leave Academia if given the opportunity may have to do with the fact that part-time faculty have few opportunities to participate in departmental and institutional decision-making. A 2017 study by Molly Ott and Lindsay Dippold looked at “Part-Time Faculty Involvement in Decision-Making.” Drawing from a survey of 1,239 part-time community college faculty, the researchers found that, “adjuncts had somewhat of a voice in instructional decisions pertaining to their area of expertise, but virtually no involvement in personnel or broader organizational matters. In all domains, they expressed desire to have a stronger voice.”

Despite the hardships and difficulties, there are also adjunct faculty who’ve left Academia, but who would also go back if the right job presented itself. Karen Henry is one of those former adjunct professors. She no longer works as a part-time faculty member, but she said, “I did leave [Academia] after realizing that the pros and cons leaned heavily on the cons … and yet the pros … sharing knowledge & access to the libraries plus the students who wanted to learn. Those were strong enough pros to miss it. I’d go back too.”