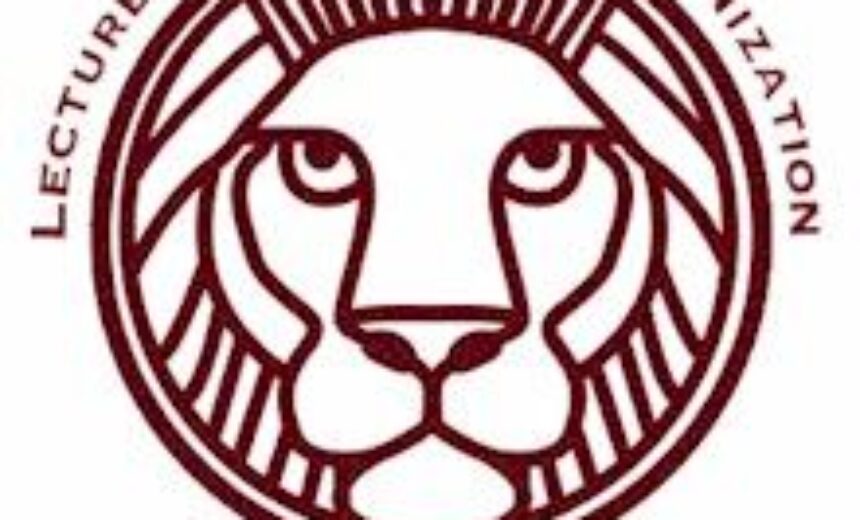 As bargaining between the University of Michigan’s Lecturers’ Employee Organization and University administration continues regarding wages, performance evaluations and other factors, LEO members are expressing frustration with what they say is a lack of administrative response to their proposals.

LEO is a member-run organization representing non-tenure faculty among the three University campuses. Founded in 2003, the organization has approximately 1,700 members and aims to improve working conditions and protect the rights of lecturers at the University.

Lecturers are hired by term or school year, as opposed to professors who have established contracts with the University. Full-time lecturers teach three or more courses a semester at the Ann Arbor campus, but lecturers at the Flint and Dearborn campuses must teach at least four courses to be considered full-time. According to LEO president Ian Robinson, a sociology Lecturer IV, the starting salary for a full-time Lecturer I is $34,500 in Ann Arbor, $28,300 in Dearborn and $27,300 in Flint. The Ann Arbor campus’ average cost of attendance for a lower division in-state student is $29,526 per year.

Robinson also said that turnover rate, or the percentage of employees that leave during a year, for Lecturer I positions is at 40 percent.

Bargaining has been ongoing since the beginning of last semester. Lecturers can also lose their health benefits over the summer when they are not teaching, and pay for Cobra, a government program that gives those who lost healthcare benefits the right to their group plan for a limited period of time to alleviate this.

Currently, LEO’s bargaining platform includes improved job security for Lecturer I and III positions, making performance evaluations more meaningful, streamlined and fair, extended affordable health care, significant increases to the minimum salaries, a dedicated fund to support lecturers who are advancing DEI objectives and all schools having a vote on enfranchising lecturers who are at least half-time and have taught at the University for at least one year.

Philip Christman, co-chair of the Ann Arbor campus branch of LEO and English Lecturer II, said he hopes to see lecturer salaries increase due to the revenue lecturers generate for the University.

“A lot of people are taking our classes,” Christman said. “Non-tenured faculty tends to teach the classes that are more lower-level and introductory, so we meet more students … we’re generating a lot of revenue for the University.”

“I know there is a real disproportion between academic units and on the different campuses in terms of how much effort some people have to go through to do their annual or major review versus some others,” Christman said. “For some people, the demand of review is reasonable, and other people are just outright being bullied by their supervisors.”

According to LEO’s blog, one example of this varied treatment within academic departments is a lecturer not receiving a raise because his school felt the salary he was paid was already high enough. The Daily was not able to confirm this anecdote, however.

“A lecturer in a professional school at the University of Michigan in Ann Arbor was due for his second major review,” the post reads. “The school wanted to skip his 7% raise, basically because they felt he was already being paid a lot.”

Robinson also feels there are issues with how the University responds to non-financial proposals LEO makes.

“There (were) proposals where they didn’t necessarily involve money but they did involve a change in the way we were doing things and their response was just to simply hand it back and ex out all of the changes we proposed without any real explanation,” Robinson said. “We feel like … come up with a counter-proposal that has some language that at least moves in the direction of the concern we’ve expressed or tell us why you cannot do anything in response to that concern.”

University spokespeople said they feel progress being made in the bargaining process.

University spokeswoman Kim Broekhuizen wrote in a statement the University will continue to negotiate until a resolution is determined.

“The University is in the midst of bargaining,” Broekhuizen wrote. “We are making progress, and will continue to actively negotiate until we reach a resolution. Bargaining has been ongoing every week since late October. And the contract does not expire until late April. This is all part of the normal process for bargaining.”

Robinson said the University told union members it would respond to LEO regarding benefits proposals this Friday.

LSA graduate Neala Berkowski worked with LEO through Radfun, a group that aims to improve student culture through creating art, zines and radical spaces for students of marginalized groups. In an email interview, she wrote she also hopes to see lecturers’ contracts improve.

“Ultimately, myself and I’m sure many other students are hoping lecturers will get a fair contract,” Berkowski wrote. “If this doesn’t happen, the administration will obviously be hurting a lot of lecturers by making their lives considerably harder.  But I don’t think the administration has really thought enough about how their choice will impact students as well. Low starting salaries and low job security for lecturers means higher lecturer turnover, so students will have a harder time forming long-term relationships with their instructors.”