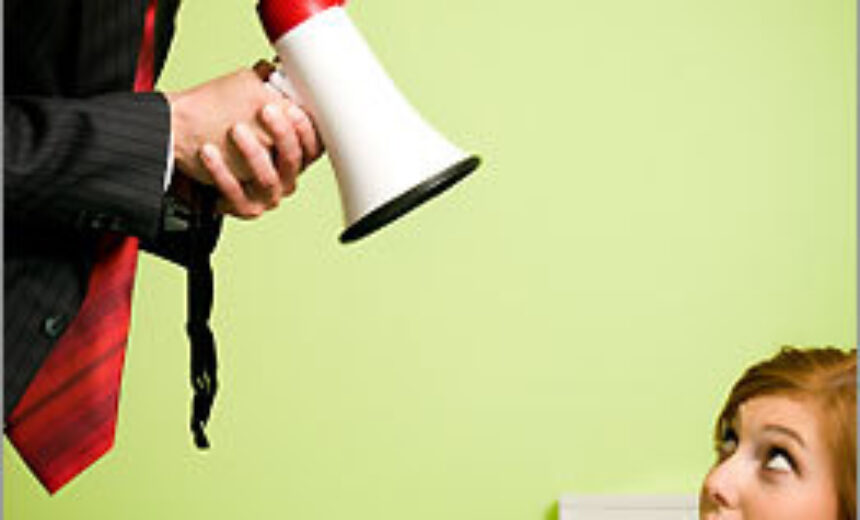 Findings from a new study by Bodge State University reveal that mistreatment of adjunct teaching staff including verbal assault, defamation, tighter control and harassment increase job performance. The two year study ran tests on adjuncts based on age, length of service, non-peer and student evaluations, belief in the system, and clear signs of campaigning for tenure positions such as ersatz self-promotion and sycophancy. The results were compared with test subjects’ contributions to their fields of study, interviews with those closest to the subjects, and a battery of self-evaluation assessments. The upshot is that maintaining a state of fear works best to keep adjuncts in their places.

The idea for the study came from Jack McMuff, mid-level administrator at Blefuscu State Community College. McMuff performed a comparative analysis between production rates of 19th century factory workers and contemporary adjunct instructors. His findings showed that adjuncts have a higher per-hour rate of interaction with the product than their full-time counterparts, but that the rate rose even higher when colleges employed industrial age working conditions.

Changes to the test group’s working conditions included the requisite 6-day work week with 12-hour days, wage reductions and crowded, unhygienic work areas. McMuff introduced some tried and true modernisms to the mix, such as sexual and non-sexual harassment, bullying, manipulating, lying, cronyism and other neoliberal applications of the classic management versus labor paradigm.

McMuff said, “First we increased the test adjunct group’s mandated daily hours of implied but unpaid required labor. This not only gave them more time to do committee and service work, it also gave them more time for grading and meeting with students. The bonus came when we increased their class size. For example, a typical English class has 30 students – we raised this to 55. This class increase had a surprise side effect because with more students served in the same amount of contact hours, we were able to wash our hands of any health care responsibility.”

Remarkably, there have been no protests from the adjuncts themselves.

McMuff summed it up this way: “To quote Paulo Coelho, ‘If you want to control someone, all you have to do is to make them feel afraid.’”

Most surprising, though, is the silence of unions or other social justice organizations on the new treatment of this worker class. McMuff said that’s because there is nothing to protest.

“Their superiors and coworkers know the adjuncts’ temporary, part-time positions are dispensable. Basically, they’re lucky to have jobs. That’s the craziness in today’s world – people have gotten the idea that things like job security and equal pay are rights.”

This piece of excellent satire was originally posted to Cronk News. Used here with permission